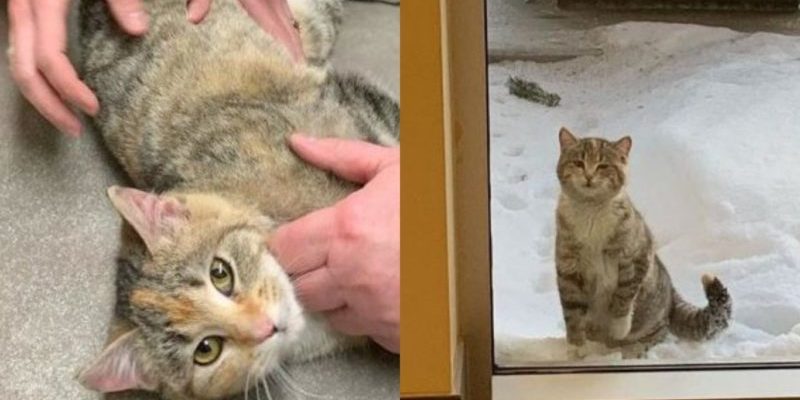 One very cold winter day, a cat came to the fire department. She wanted to be allowed into the building, she was very cold and did not feel well.

She looked out the window and then she was noticed by the duty officer, who took her outside, where it was very cold. She was waiting for help from people. 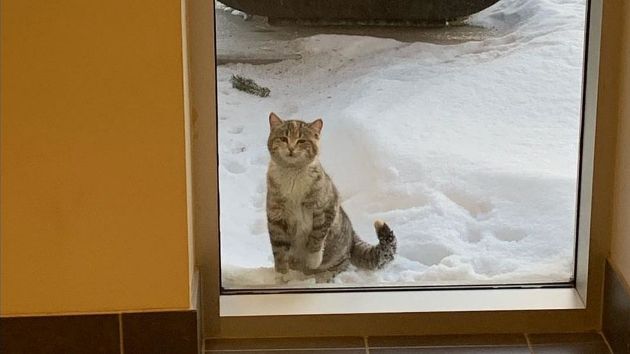 But then the same man took pity on the cat and let it into the building. He immediately realized that the cat was not home and there was no one to return it to.

She was fed and watered, and after that the duty officer began to think what to do with the cat. Well, he couldn’t put her outside anymore.

The fire chief at home already had 4 cats, and when he saw the cat, he asked the man to explain the situation. Having learned the story, the boss said that he would temporarily take the cat home. 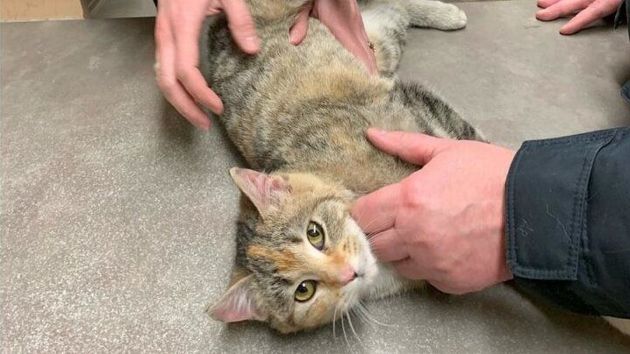 That same day, he named her Amber and took her to the vet right away. The veterinarian determined that the cat was healthy, but the tips of the ears were slightly frozen from the cold.

Chef Calvin took several photos of the cat and posted an ad about him on social media. A week went by and no one answered the ad. After that, he again took her to the vet and castrated the cat. 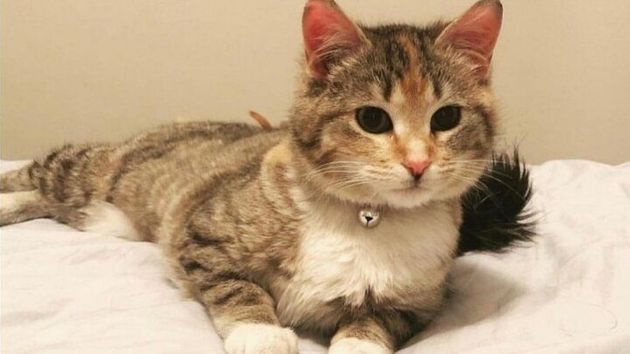 After the operation, the cat quickly recovered, began to gain weight and became very beautiful. He took new photos of the cat, posted the ad again, and finally found an owner.

Calvin was very happy that the cat had found a loving new home, and he was incredibly proud that he was able to save her life.