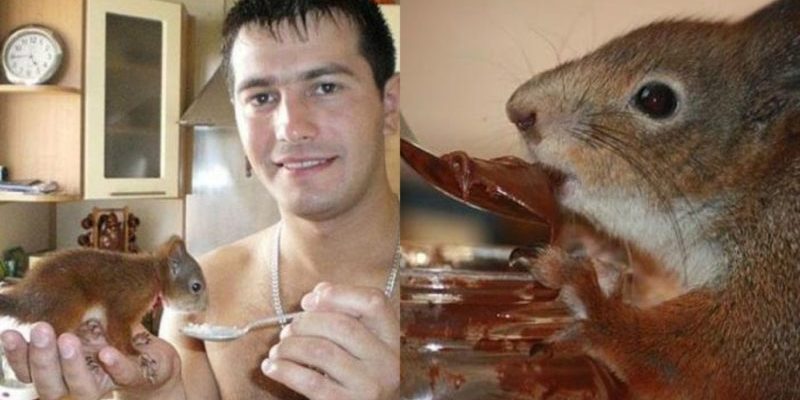 Meet Private Pyotr Pankratov and Minsk Belka. Piotr served in the Belarusian army when he rescued a squirrel that was about to die.

Once a group of soldiers found a weak squirrel and brought him to him, he was their adjutant. Peter took the squirrel and fed it until it got better. 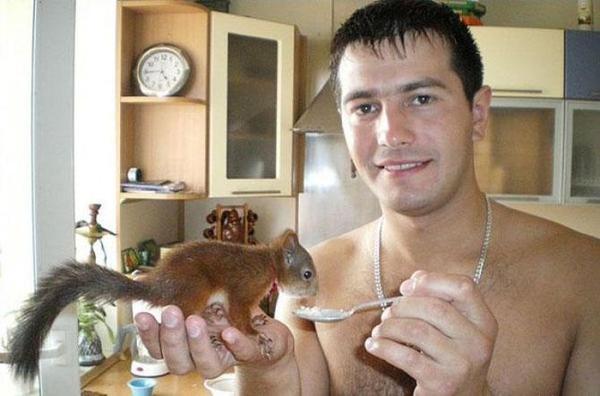 He says that when he found the squirrel, the latter lost consciousness, and worms accumulated in his mouth and eyes. The boy immediately helped him, after which he took him home and fed him with a syringe.

When his teeth began to appear, he began to eat on his own, and a few months later he was vaccinated. 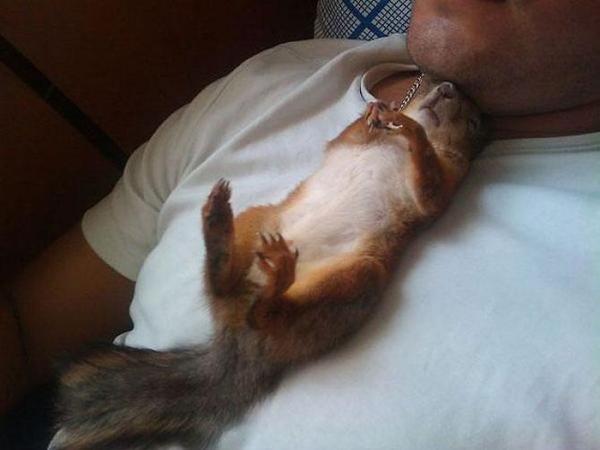 They named him Minsk, and he stayed with him while serving in the army. Today, two years after the rescue, they are still inseparable.

Now Peter works as a taxi driver. Minsk is still next to him, he remains in the cabin, lying in his place on the dashboard. 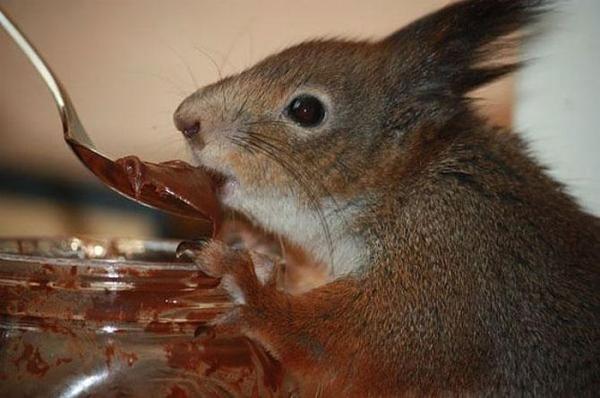 He says he doesn’t show the squirrel to everyone. It is only occasionally seen by children.