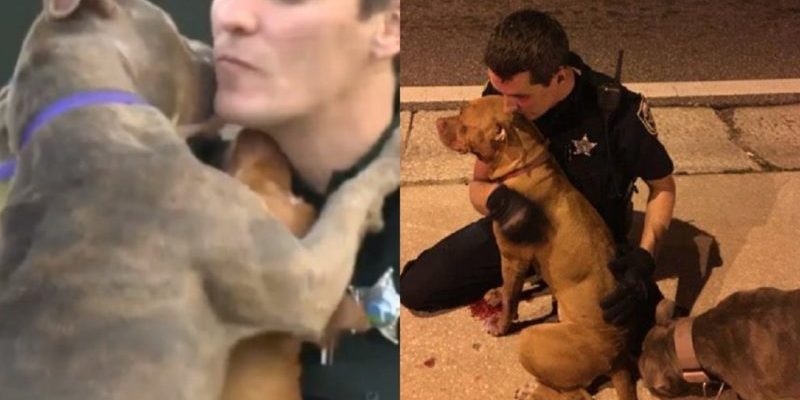 Patrick was going home from work on one freezing night. It seemed as if all he wanted was to go and warm up. 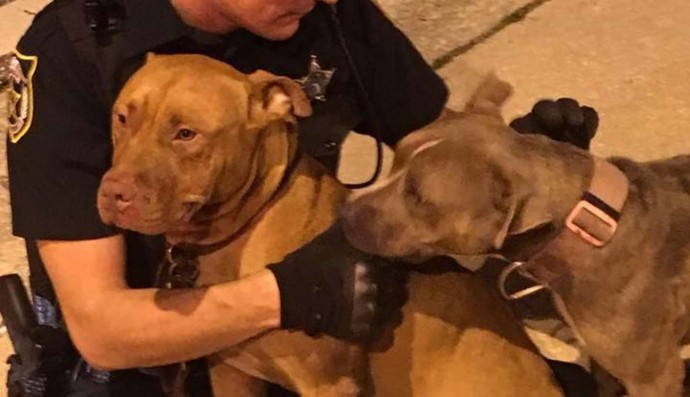 Then on his way he noted two dog’s cuddling up on the side of the road. He stpped the car right away to see what was going on. One of them was bleeding. May be a car hit him.

Both of them needed help and care. So the man decided to call to a resque center. 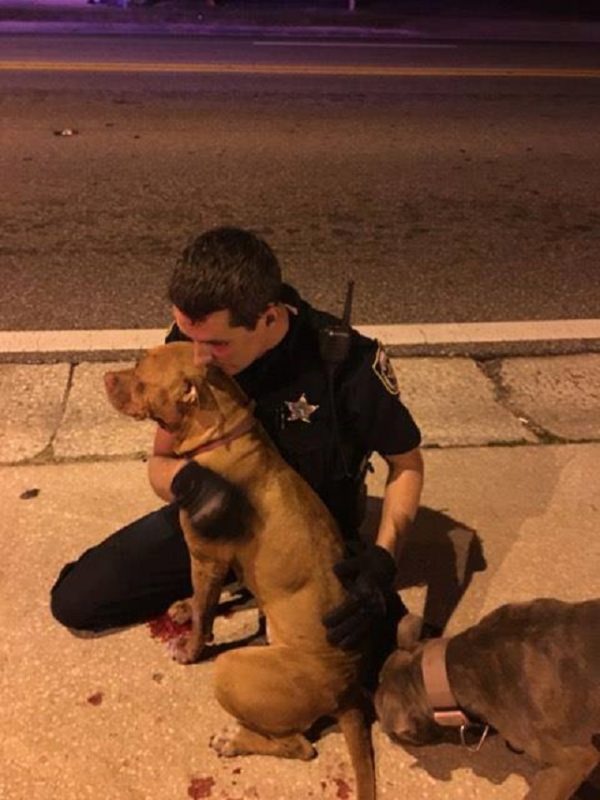 When the police arrived, the whole ground was covered with blood. The dogs were very scared and freezed. The oficers did their best to help the dogs stop bleeding, until yhe rescuers came and saved them.

When the dogs understood that the officers were there to help them, they licked them and hugged them as a sign of gratitude. 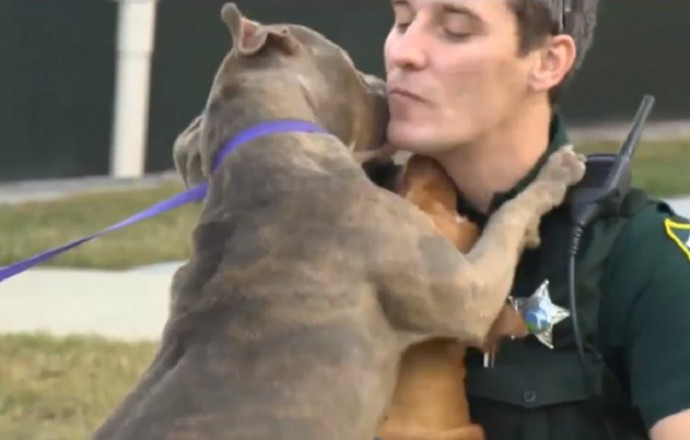 Even though the police men were cold they did not leave dogs to warm them up.

The rescue team came and took the dogs.They took care for them.Thanks to them the pups grew brave and hapy.They were named as Liberty and Justice. On these days the dogs were so joyous.