Crocodile finally runs free after 6 years of having a tire stuck around his neck. 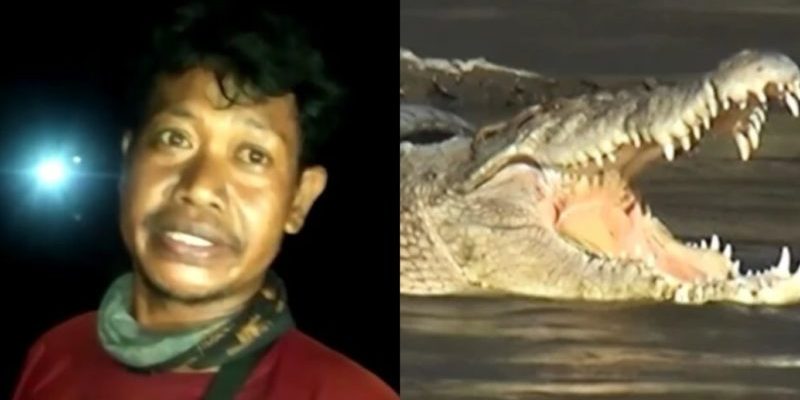 There are dozens of stories about starngers who are kind and who rist their life to save some kind of animal.

But there are only a few of them that will risk their life to save a crocodile. 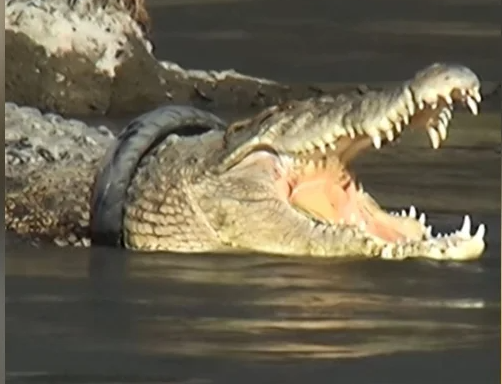 Meet Tili from Indonesia a brave man who constantly rescues all kinds of reptiles e.g. snakes, crocodiles etc. It was 2016, when someone noticed a crocodile wearing a tire around its neck.

The locals loved him and tried to help but everybody failed. Dozens of people tried to free him from his “neckless”. He was 13 feets.

This was the time when Till did his job. He did everything alone. Asking for help was useless as everyone was scared of him, the croc. 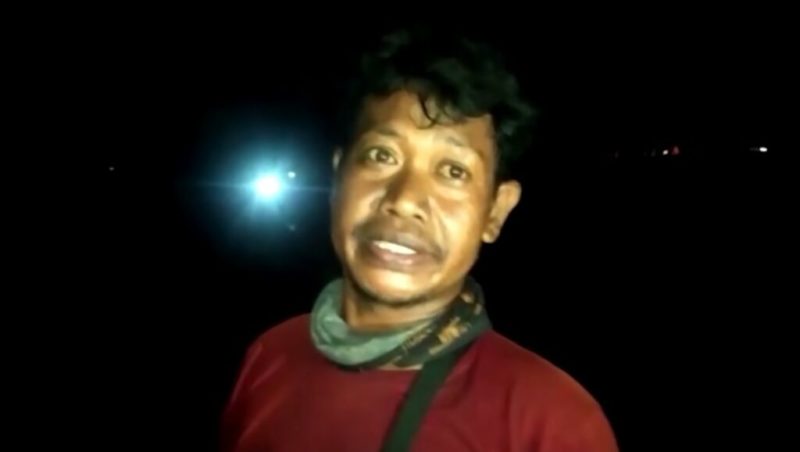 After three attempts he succeeded. For the first two times the rops were not that strong to contain the massive pet. So then he brought ropes with which people tug boats.

Of course the ropes were not enough. Tili needed a bait, so it served a chicken, Guess what, exactly, it worked. 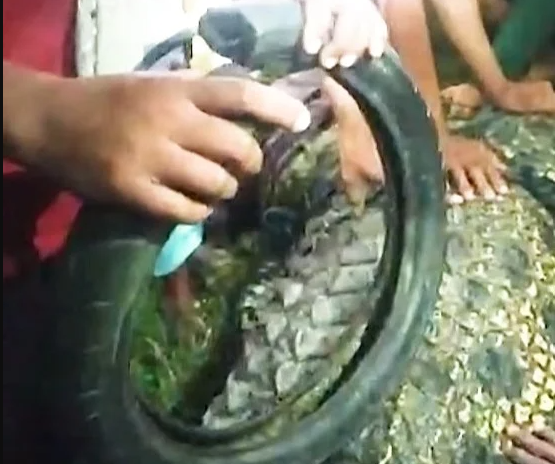 There were dozens of people who just stood and watched what was going on. But there were lots of them who came and tried to help him on his 3 weeks long journey.

First they dragged the pet to the shore and then removed the tire. Tili, said that he didn’t learn this anywhere. He just loves helping and his heart aches when he sees animals hurt. The croc was happily back to the river.