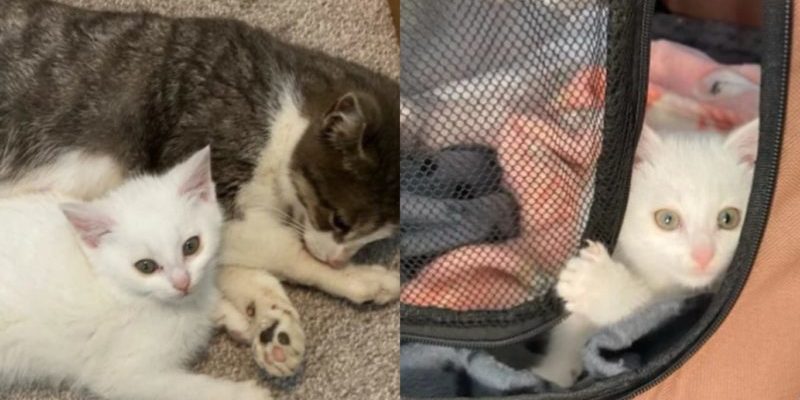 Happy to introduce you Coco the cat and her little ones. They were on the edge of starvation lately, but fortunately they are absolutely great now. 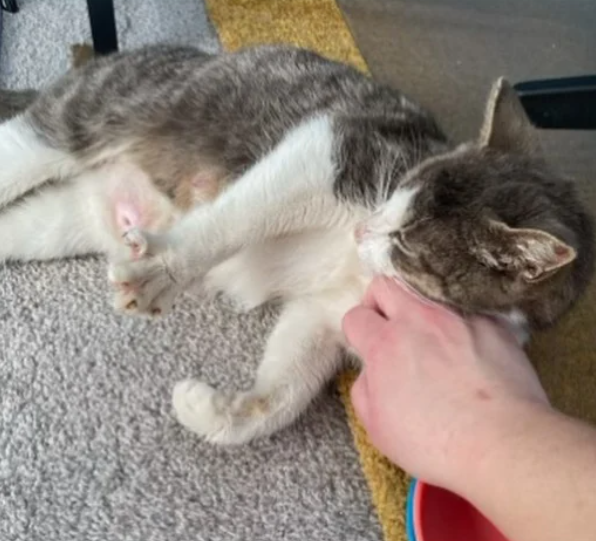 Them found someone at the moment when they were searching for food in the warehouse. And their founder immedeately called the kitten rescue company founder Cailey Seymour.

And they were absolutely happy to care for them. So the man acted really very wisely he put food on the road and the kittens were coming out from different directions. 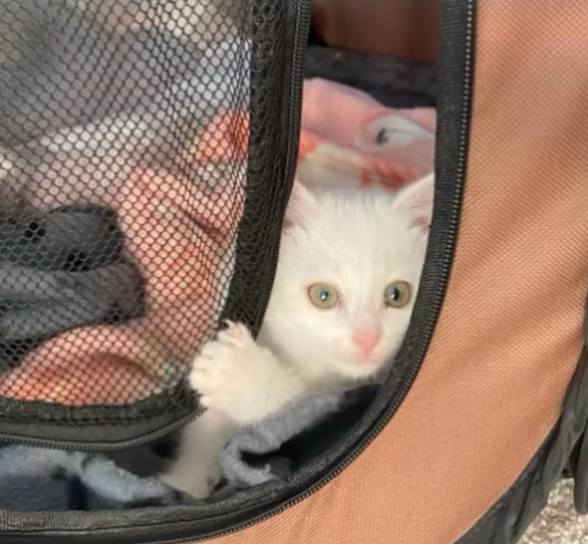 They all wanted to get as much food as possible. For some time some of them needed to go through some medication as they were weak, but then everything was going great.

All the stuff at first thought that Coco who was already 5 years old, would be very wild, as she all her life was leaving on the streets. But it appeared that she was very gentle and lovely. 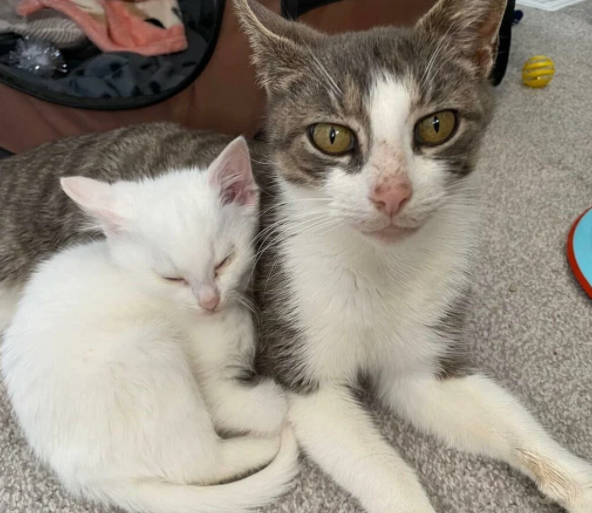 As all cats she loves attention as well, but did not know how to show it. But she learned step by step. And also she starting understanding what was family like.

The little ones a little bit timid at first but then with their moms support they became warmed up to the workers. One of the babies that was named as Chanel was smaller than others and needed more attention of her mother.

During this two weeks they really got bonded. And their connection was really inseparable. 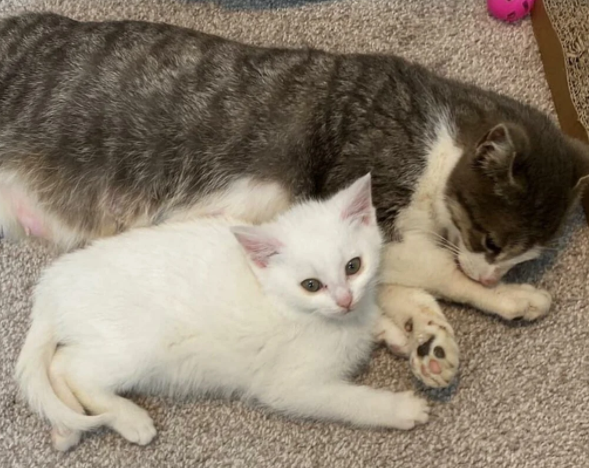 They are always together, Chanel seems to be her mom’s shadow. With the time when she grew up she got really a great personality.

She loves playing with toys, exploring new places and bugging her mom. They cannot be separated as they love each other so so much. That is why they should be adopted in pair.

These cute family has come a long way before being found. But they will find their forever homes and be happy very soon.