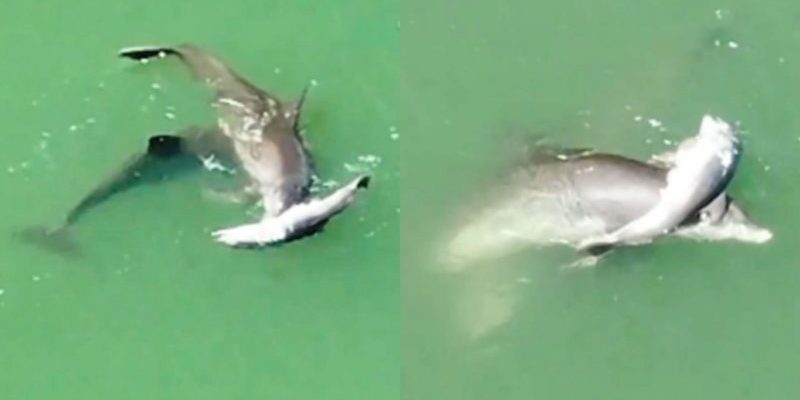 This story touched everyone’s heart. Michael McCarthy noticed how a dolphin was swimming nearby, and she appeared to be cradling a small body. 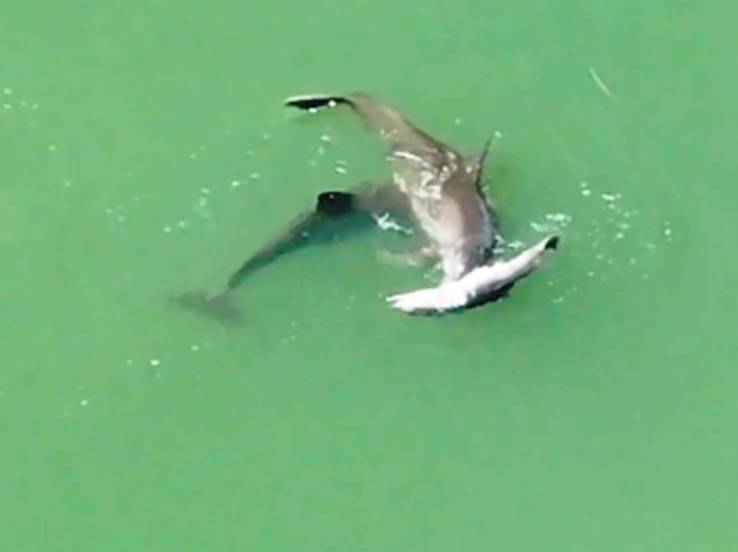 At first glance, he thought that the dolphin has got his lunch, but when he watched closer, a breaking scene opened in front of him. He immedeately understood that it was a dead calf.

He controlled his emotions and began filming the dolphin and the calf. It was the funeral process.

Fortunately, the mther was not alone and there were other dolphins with her. Some of them came tried to comfort her and then went away. But there was this one dolphin that stayed with her all the time. 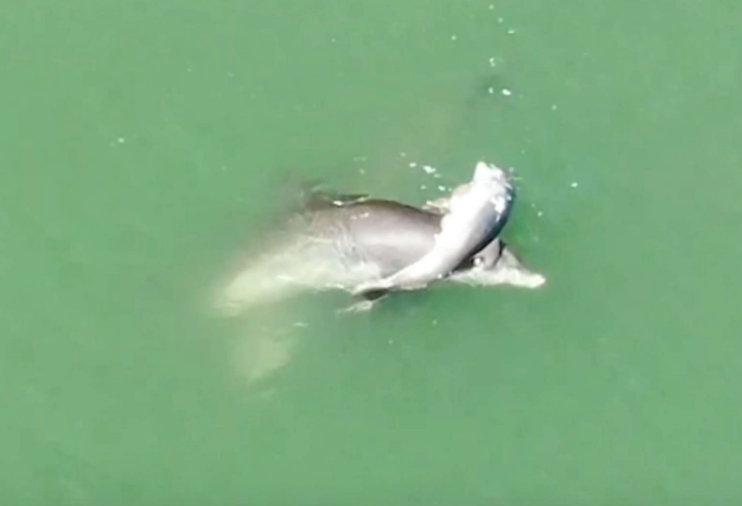 As Michael was very experienced in that field he understood right away that the patters on the litter were the result of being hit by a boat propeller. He exactly knows how that wounds look like.

So this amde him to become more determined and film the dolphin till the end. As he encounters this problem all the time.

There is an accepted consept that dolphins swim too fast to get hit, but as we see that’s not true. Especially the babies, they do not swim so fast, and also they the surface more frequently for the air.

So McCarthy posted the video on his Twitter account and was viewed for almost 76000 times. It is really hard to watch, and we really need to do something to help them.

FAMILY
A boy with a limp assists a mom get her stroller on the bus, her spouse shows up on his porch the next day
Robert moaned in pain as he watched his friends play
0 21

It appears that puppy wrangling is harder than cat herding
Hard work is frequently compared to herding cats.
00