This excited dog has the baby in fits of giggles. You will be too 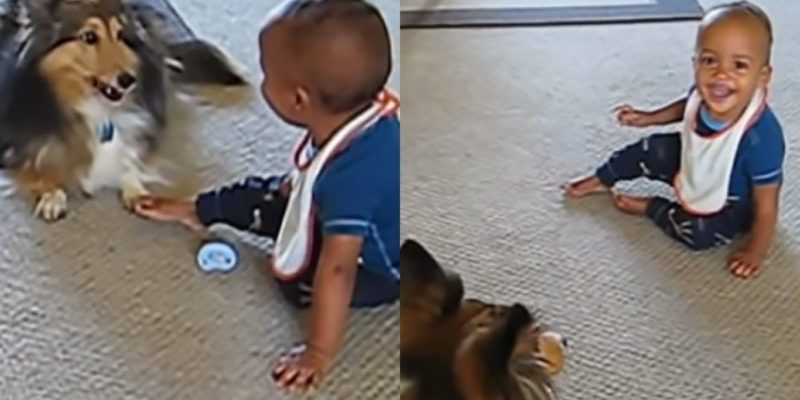 The dogs became our friends long time ago and they never ever left our side since. They are the cutest and the most adorable creatures that can be found in the world. 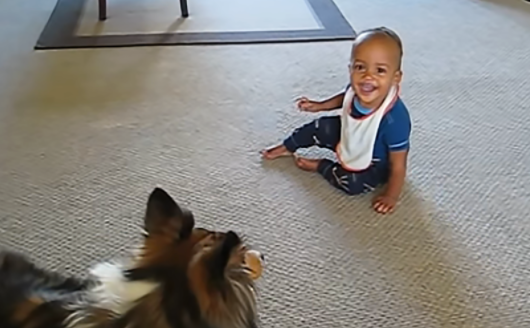 They are being so good to us that we can proudly name them as our best friends.

In the video bellow you will see a puppy named Pumpkin that appeared out of nowhere and was playing in front of a toddler in a very funny manner.

It was obvious that the dog was very excited and his restlessness is a real excitement for the baby.

Pumpkin comes around and he starts acting as if he is going to pounce, then he runs away excitedly. The puppy does everything to stay out of the baby’s hands.

The toddler could not get enough of it as he was enjoying the moment and laughing a lot.

I can’t stop playing the video I just turned it on over and over again. This baby boy is really lucky to have such an incredible campanion. This is one of the cutest child and animal communications that I have ever seen.