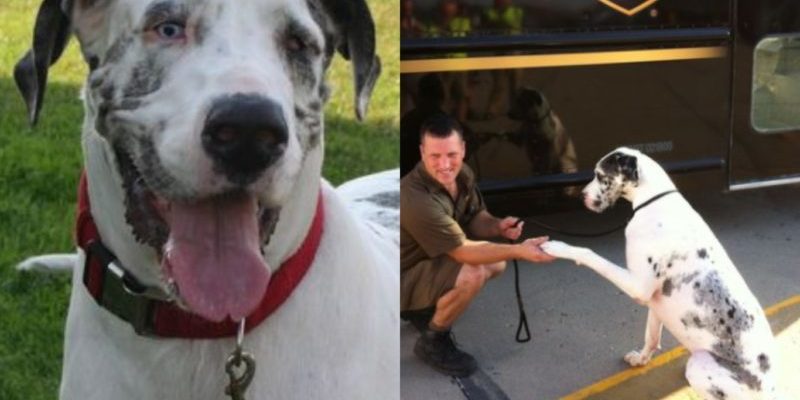 Why do we need fictional characters and super heros? We have Good Samaritans. The ones who don’t need ifs and buts and they realize when their support is obviously needed. And they just start acting in such occasions. 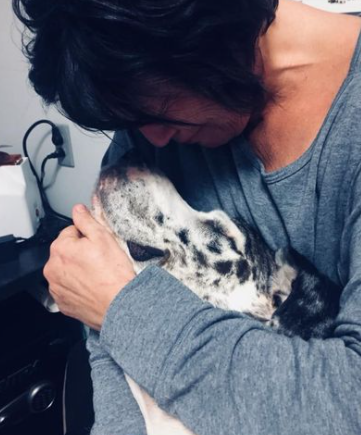 Gavin Crowsley noticed a pup that’s in huge need of help and he did not leave the call ignored and unattended. He noticed this dog that he thought was a Dalmation while he was out on his delivery route in Indiana.

This poor dog was chained up in a snowy backyard and it was starving , so he started investigating. He found out that it had no food, water nor shelter.

And he was sure that the pup was not going to die from starvation he would die from the weather. And he did not want to leave him in that condition. 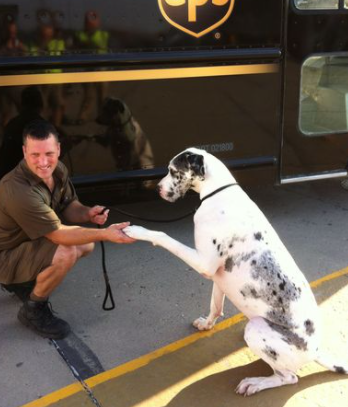 This dog obviously belonged to someone but he did not deserve to have a pet, any kind of. So Crowsley called the animal shelter to report the abuse.

And after they found out that it was not a Dalmatian, it was a Great Dane.

Later on he was called as Phoenix. He weighet 62-pounds and it was almost 100-pounds less than he should have weighed. So he was taken from his handler and placed into an animal hospital to be treated from bunch of diseases. 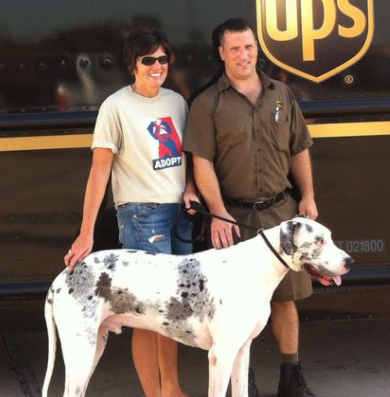 After getting a care he needed he was adopd by a family that loved him truly and they even opened a Facebook account for him called Phoenix Fighters.

They posted his story after 7 months to show that this pup passed through a lot and was saved and after a long time he had got a chance to meet his saviour. The moment was so cute and heartwarming.

And after one year of treatement he was 160 pounds and was on his being trained for becoming a therapy dog. And he was learning his first tricks to go to hospitals and nursing homes to boost up the moods of the patients. 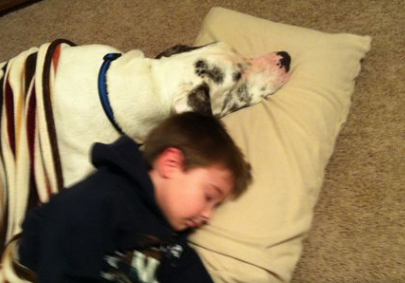 He supported to raise fond for cancer research and for the other abused dogs like him. His life was quite eventful one. After some time he and his bro Rigs were poisoned and they fell to coma. But they went through this as well.

Later though he needed an additional operation for a growth on his foot.

Most of his life he was surrounded with love and affection of his foster family. No one knows how old Phoenix was when he was found but it was announced that he was 9 years old in 2018. 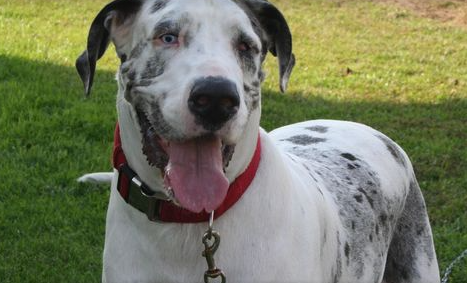 Sadly on March 12 2019, he joined the angels, in peace in his adpted mother’s lap. It was sad for everybody, but also a fact of life. He became a playful chubby after a hard life. And he lived his final years in best way possible.

His story should be a call to action for all dog owners out there.They have nothing to share with you except for love and devotion. They do not deserve to be ignored like that.

No matter you own a dog or not or maybe another animal, try to be kinder and help them live better their life.