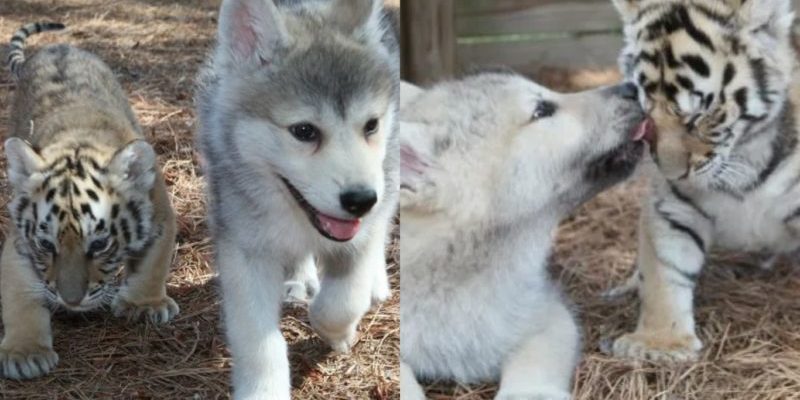 Friendship between a little wolf and a baby tiger in the wild, will not be amazing at all. But as far as they know each other since they were a couple of weeks old, the bond they share is melting hearts everywhere. 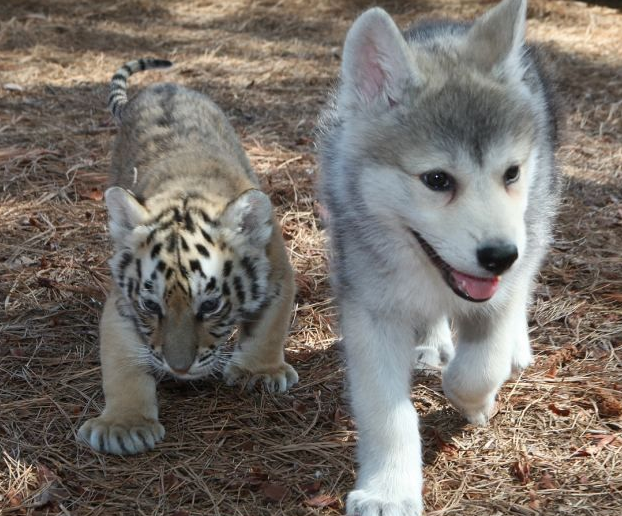 These couple is three months old now and they are about to begin their journey as animal ambassadors. They have been separated from their moms from very early times with the purpose to ensure their survival.

And they have grown up together even shared the same milk formula together.

It is a great surprise that they are friends now because we know that tigers and wolves are ancient enemies. But they now pose for pictures togetehr rather cheerfully in front of the cameras. 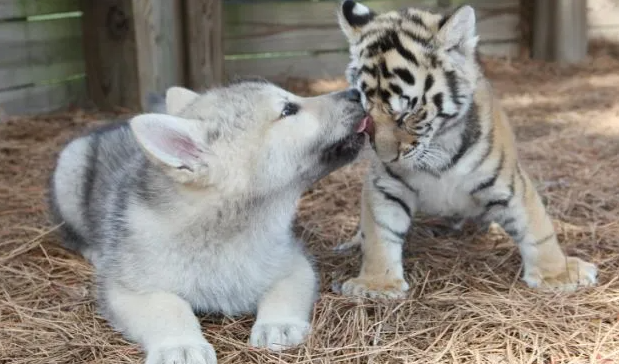 Though the wolves are nearly the double size of their tiger friends but it’s not a problem for them to be great friends.

Now as the tigers are smaller they have some disadvantages to their canine friends. But after some five months they will surely get the advatages and start pushing the wolves around.

When tiger reach one year age they wil weigh some 250Ib, while the wolves will be around 180Ib. This will be 8 months later and at that time they should be separated. 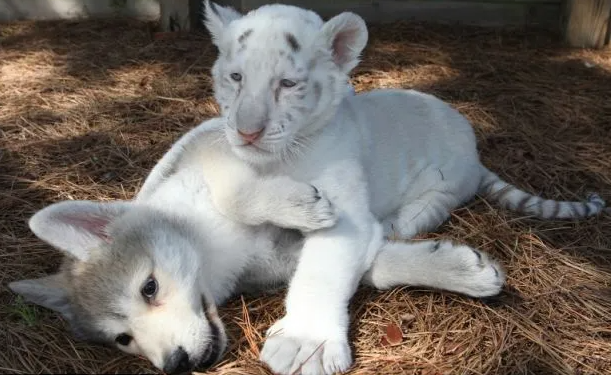 As with time the size difference will become apparent and they will be separated as they now are put together to better aid their interaction with people.

They really enjoy the time together and it’s a little bit sad that they are gonna be separated after some time. But they are so good together now and really are good friends.