A dog suffering from cancer lived until he could see his owner again, a real fighter for life

Meet Kermie a puppy that after a usual doctor check up turned out to have tumour. And the vets said that for the cute pup there was left only 2 or 3 months. 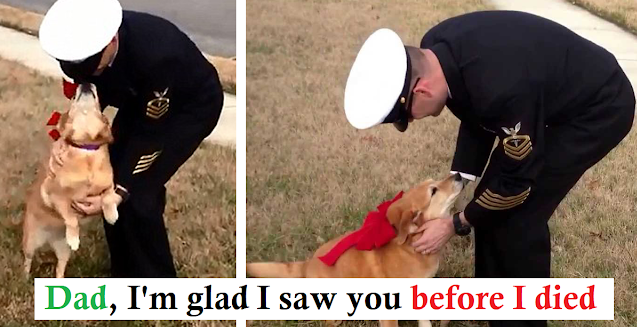 The pup’s owner was Eric Ralston, and he worked in the US Navy. And the dog was way too strong and wauted for his owner to come as he wanted to see him for the last time.

And the little one waited for his owner to return from his 9-months deployement. Eric’s wife was looking after the dog. 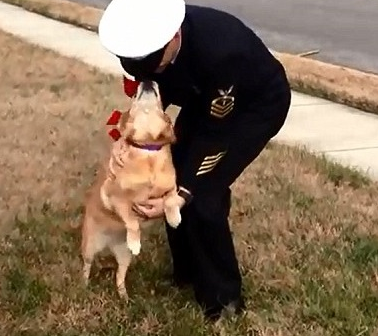 He was a real fighter and after three months they finally met. When the results came the wife was scared that he may be not able to wait and still alive till Eric comes back.

It was a miracle but he started feeling better after meeting his owner. He was so happy that jumped into the lap of his handler. His appetite came back as well.

After his 12th birthday, he stopped struggling. The poor dog passed away surrounded by his beloved family members.