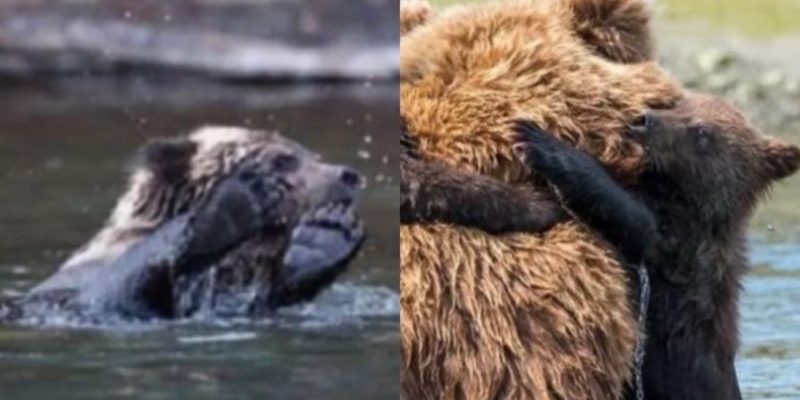 In Karelia an unusal insident happened. When it’s freezing and lakes and rivers become iced the water becomes dangerous. And this danger comes not only to humans but to animals as well. 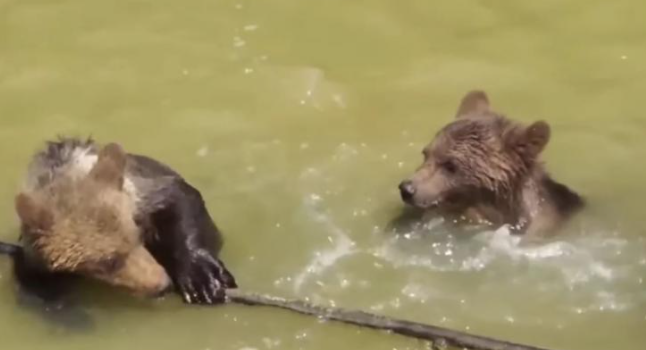 And that is why the pets are usually intended to swim to the opposite shore.One day a bear with her tree little cubs was trying to swim to the next shore and she swam first for the kids to follow her.

But the kids were left behind as the water was too icy and they could not swim and they really could be drown down the lake.

Fortunately, fishermen on their boat were there when they noted them came to help right away. When the mom bear noticed the boat she became very worried.

She began to go from side to side. Experienced fishermen realized that they should not touch the babies better. As the bear could be unpredictable. 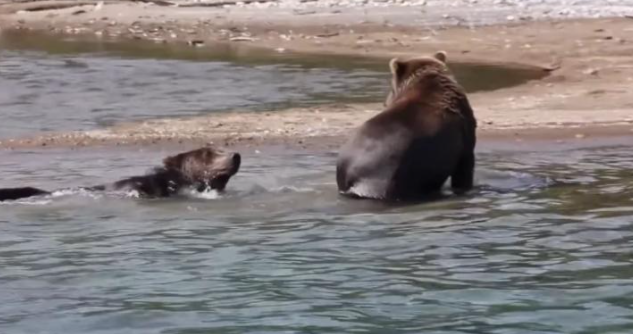 Then they decided to use a fish net to put them in the boat, it was difficult of course but together they could accomplish everything. And finally they managed to get they out of the water.

And not to put their lifes under risk the men decided to swam to the shore but to approach it. And one be one they put them on the bank. Mom ran after them straight away and all together they ran to the forest.