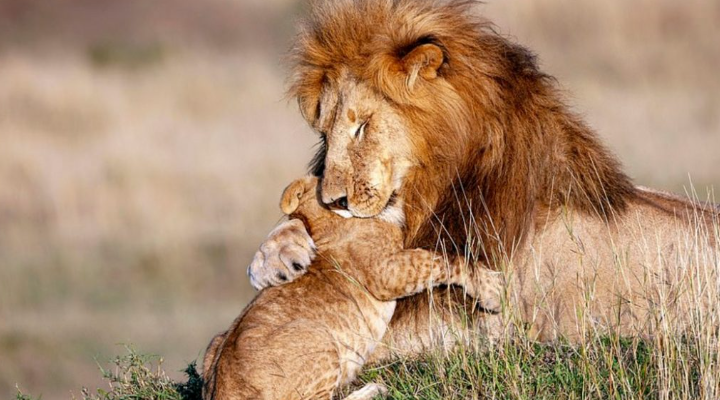 You probably know that on July 19, Disney will release a remake of the popular masterpiece The Lion King. It’s really just a wonderful and emotional film. What do you think about the real life of Simba and Mufasa?

While filming a documentary in the Masai Mara, Paris-based photographer Sabine managed to capture the miraculous moment of the lions hugging as the majestic lion roams the grounds. 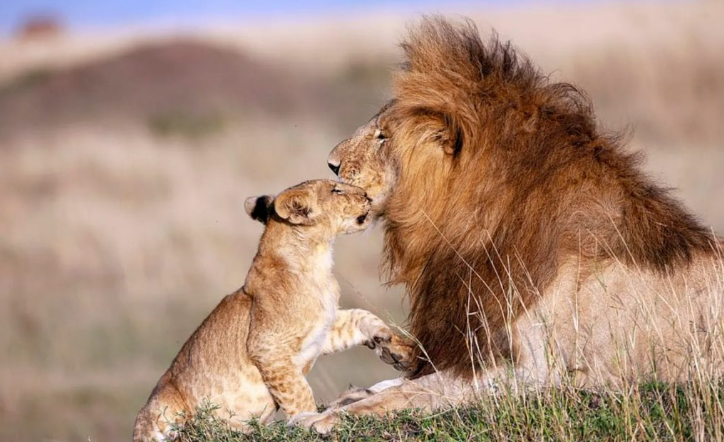 The photographer was able to capture a slightly awkward but very sweet moment during the filming of a children’s book.

Until the last minute, he pretended not to see the baby, they played so much fun. But the cutest moment is when the animal gently kisses him. 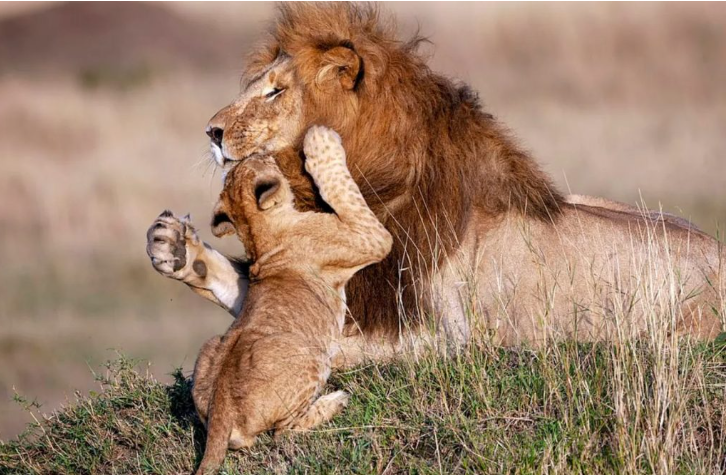 This is something between his strength and softness, look how his huge paws hold the baby so gently. The photographer was amazed at how such a strict lion could play with him so gently.

Definitely it was a moment of pure grace… It was unbelievable! 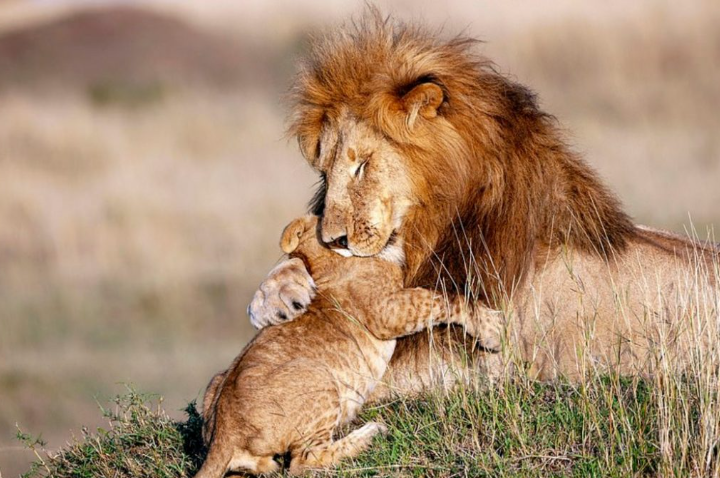 And as for the remake of The Lion King, it will be released very soon! Follow the news!