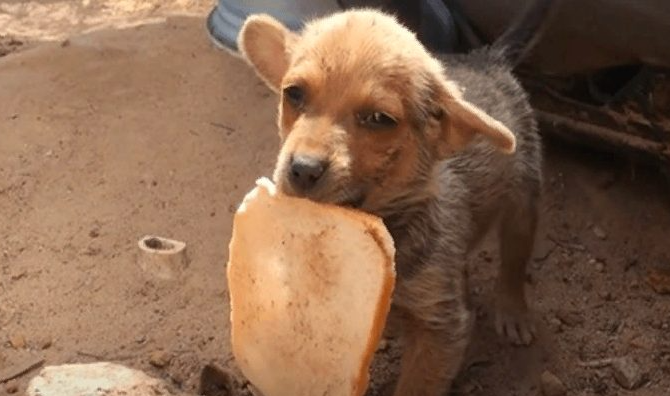 The poor dog named Gunnar was abandoned after he was born because his mother’s owners couldn’t afford to take care of him and his newborn siblings.

They didn’t want more puppies in their family, so they just threw them out into the street.

The owners abandoned all of Gunnar’s siblings, but kept him in the property! 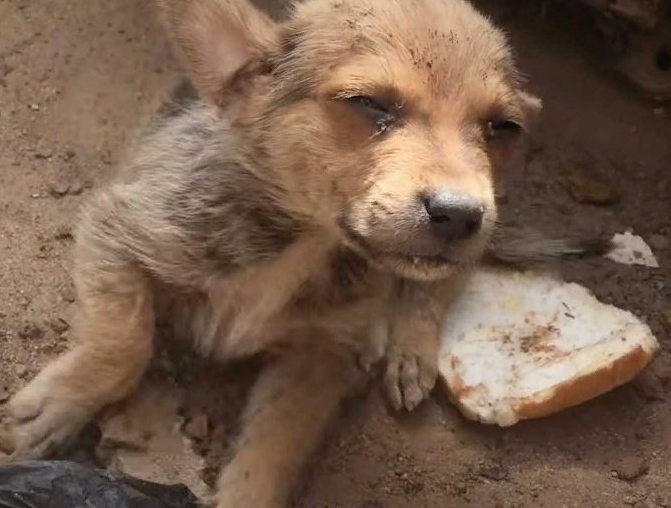 The little puppy was very scared because he was left alone, without a family. He carried in his mouth a piece of bread bigger than himself! The poor dog kept it as best he could, besides that piece of bread he had nothing, there was no water.

It was very sad, because he was very small, but he clearly understood what was happening around him. 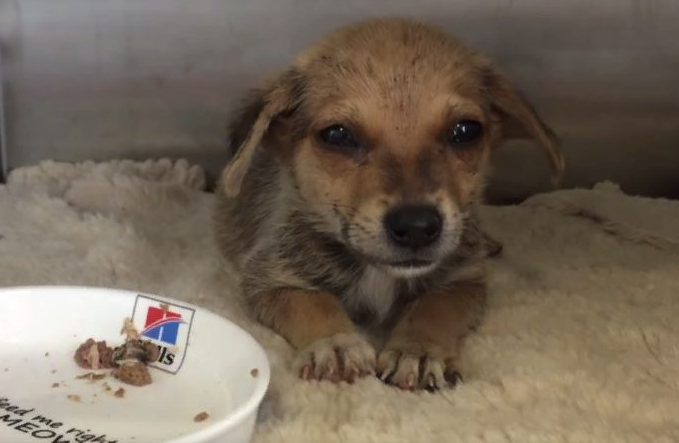 It was obvious that he did not want to give up and held on with all his might to survive or at least find someone to help him.

Luckily, Sidewalk Specials found him and took him to the veterinary clinic, where he was thoroughly examined and found to have fleas and ticks.

He needed iron infusions because he suffered from severe anemia from worms.

The puppy suffered a lot, but it’s time for him to be happy. From now on, he will never again be alone and unattended.