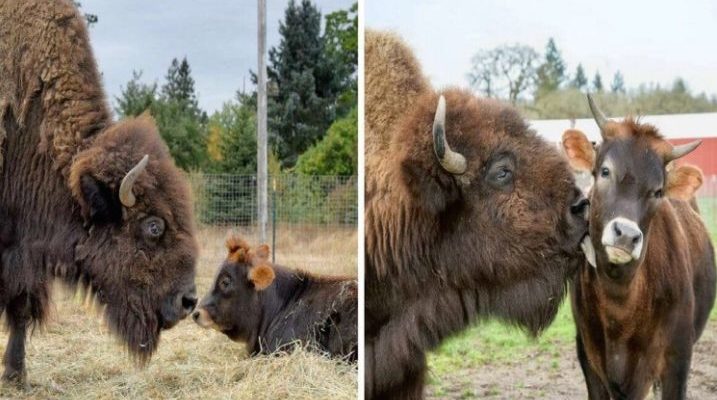 Animals and people do not like loneliness, it upsets them. This story is about a bison who was alone for a long time, then he found his best friend who changed everything.

His name was Helen, he was left alone because of his shortcomings, spending most of his time on the farm of his master Salem. 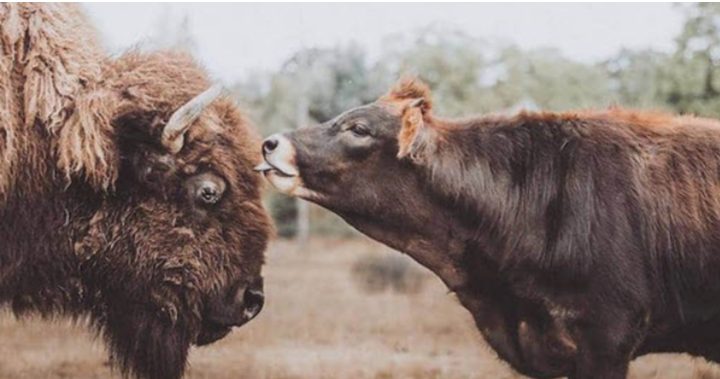 Disabled people and animals are abandoned and abandoned.

He was later transferred to Lighthouse Farm because his owners could no longer take care of him. 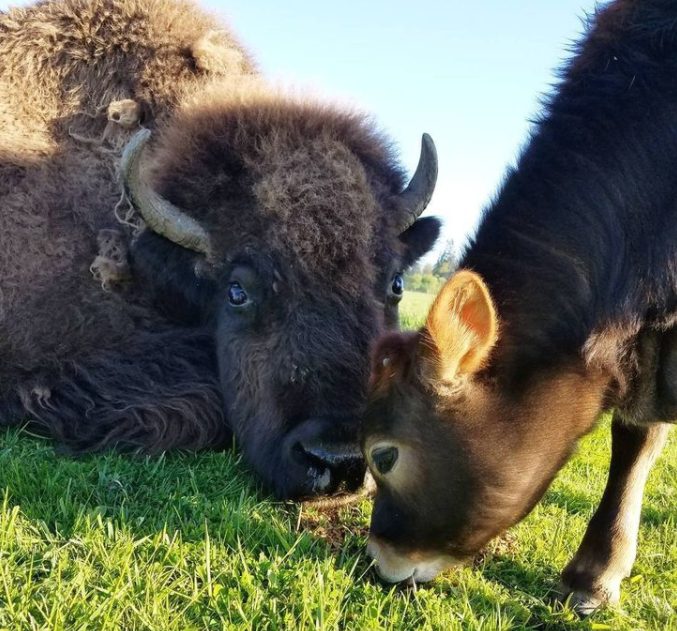 It was here that he met a calf named Oliver, who became his best friend. He left the barn every day and came to spend the day with Helen.

Principal Gwen Jakubisin says his behavior has begun to change, he is happier, and thanks to him Ellen has overcome her shyness and has begun to join other animals.

This beautiful, mostly quirky friendship shows us humans that we accept differences, that there is not much difference in the feelings of human animals, that we all need someone who will love us despite all our differences and flaws.