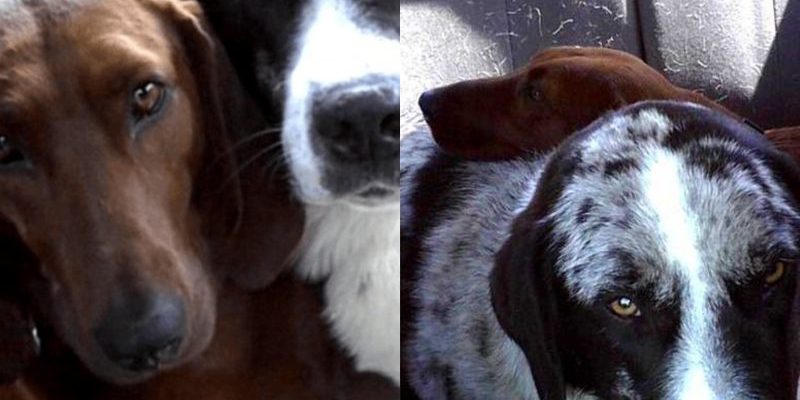 These dogs in the photo are very loyal friends. Their names are Lucy and Sally, they met in a shelter, quickly became friends, even ended up in a foster family together.

Lucy, a red dog, came to the shelter when she was a few years old, and Sally was an ordinary dog. 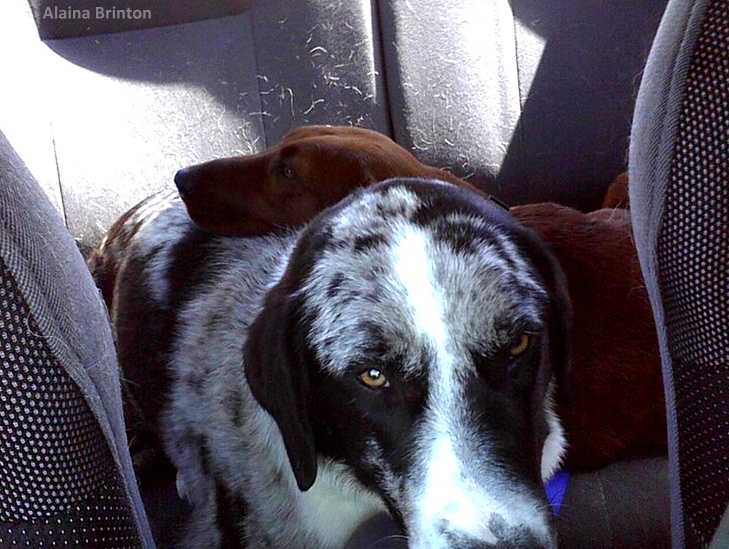 Alaina Brinton had just lost her dog when she met these two and was ready to commit herself to them. Lucy grabbed him and called the shelter to meet the dog.

But the shelter staff said they were keeping him with another dog and offered to see both of them. 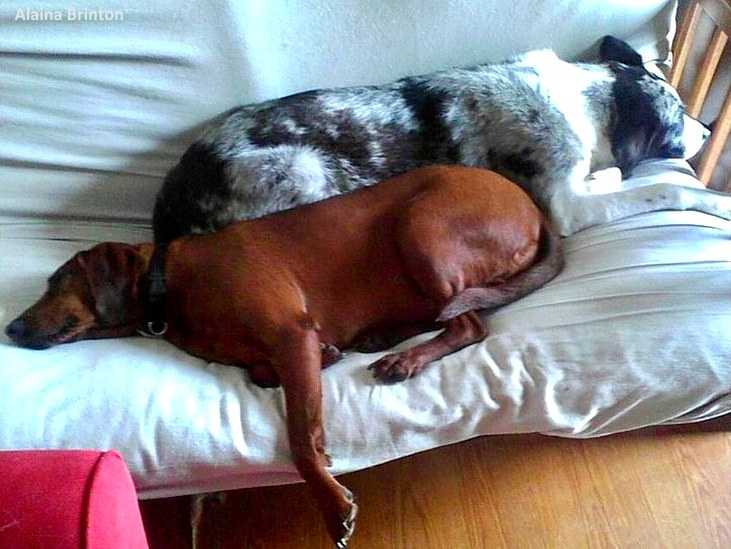 He was not going to adopt them, but when he saw their closeness, he immediately fell in love with them. Both dogs were nervous in their new home, leaning heavily on each other to get through the terrible change.

But since they were friends, they could easily overcome the difficulties of a new life. 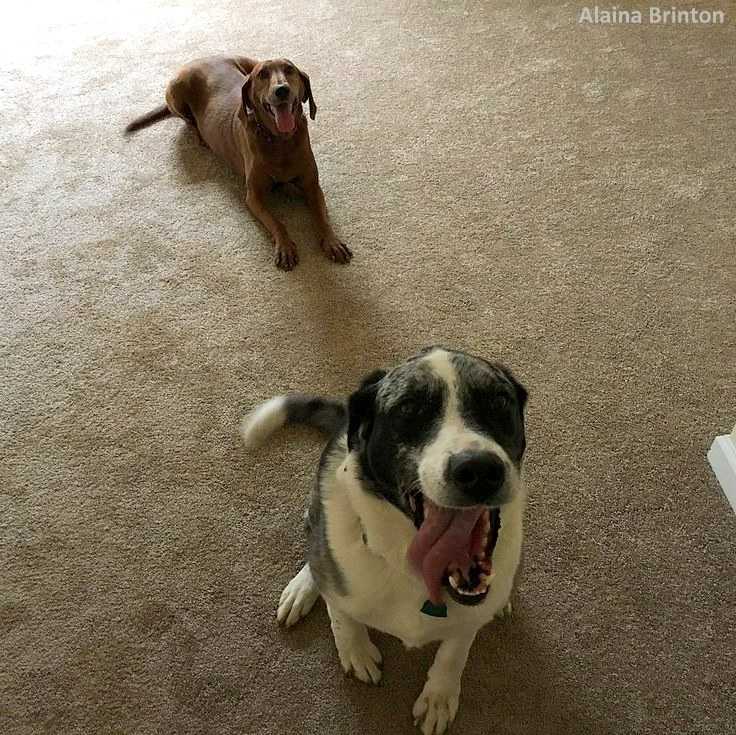 Lucy recently got out and disappeared. Fortunately, he did not go far, oddly enough, he immediately went to the shelter.

But even stranger was that Sally didn’t follow him. So apparently they don’t do everything together. If it was interesting, please share this with your friends and family.