This dog was trying to somehow make up for the loss of his beloved stick.

A golden retriever named Bruce once lost his favorite stick while playing with the owner and that made him a true collector! 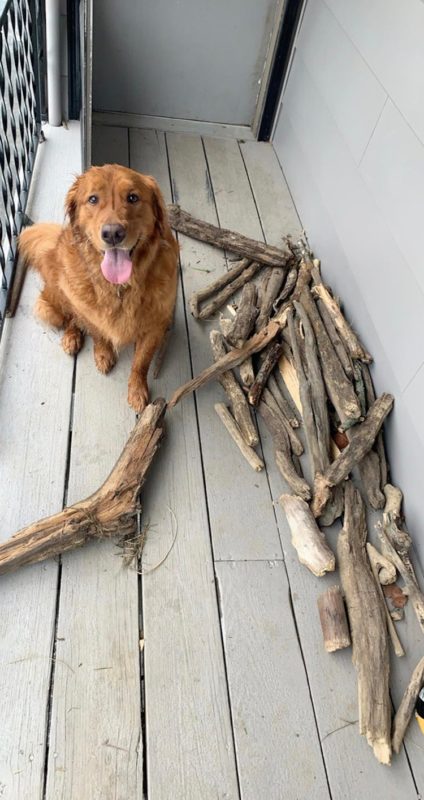 A 4-year-old dog was extremely upset after a winter storm when his favorite stick got stuck in the snow and got lost.

Bruce doesn’t seem to understand the difference, as he likes sticks of all shapes and sizes. They live near a stream, which is often flooded, so there is always a large selection of snags on the street. 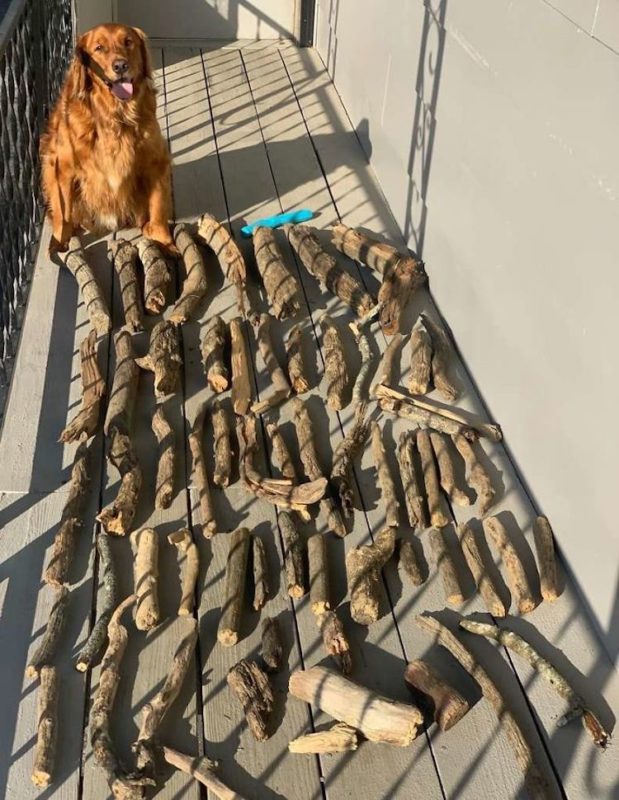 Over the next few days, he went into absolute madness every time they left the house, ruthlessly grabbing at his stick.

According to Leo, he dug like crazy and even buried his head in the snow trying to find it.

According to him, after that, Bruce began to collect all the sticks that caught his eye – there are already more than 50 sticks in his collection!