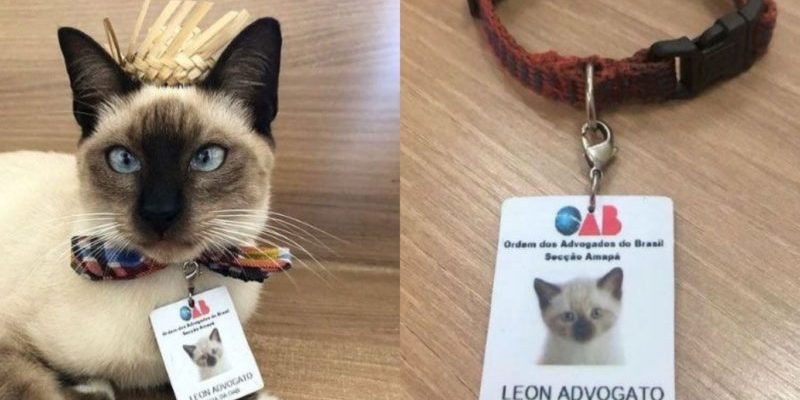 On a rainy day in February, a wet street kitten accidentally walked into the local branch of the Brazilian Bar Association.

He was just looking for shelter from the weather, so he chose a secluded spot and lay down there. 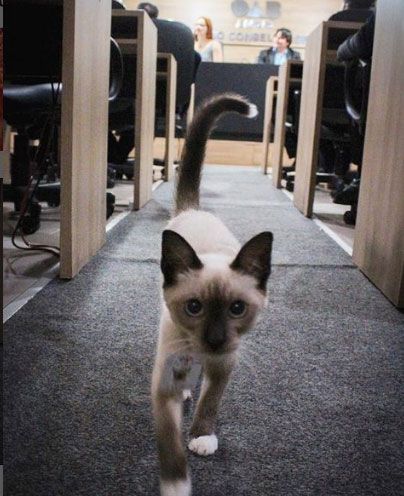 When the staff noticed the newcomer, they fed and watered him.

The kitten appreciated this and started visiting them almost every day, then moved to live with them. 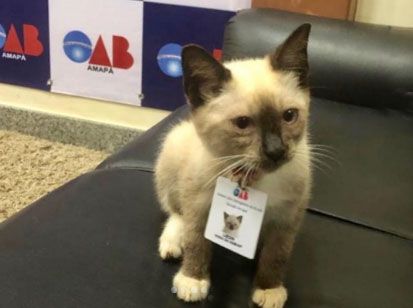 However, not everyone liked it: visitors began to complain that they were tired of the kitten, and some even wrote complaints to force him to leave this place.

Then the board made an important decision: a cat named Leon was officially hired and given an employee badge. 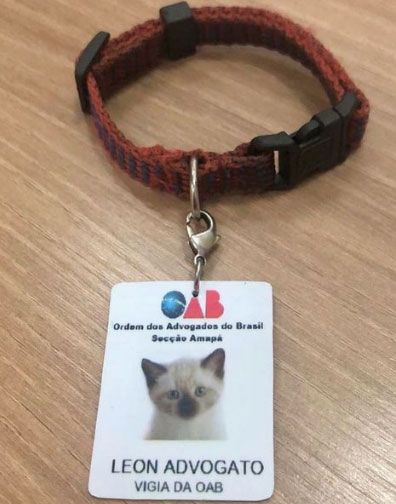 The cat was responsible for receiving and welcoming visitors, so he was assigned a place behind the reception desk. The work was contracted.

The media showed great interest in him and Leon quickly became a press darling. 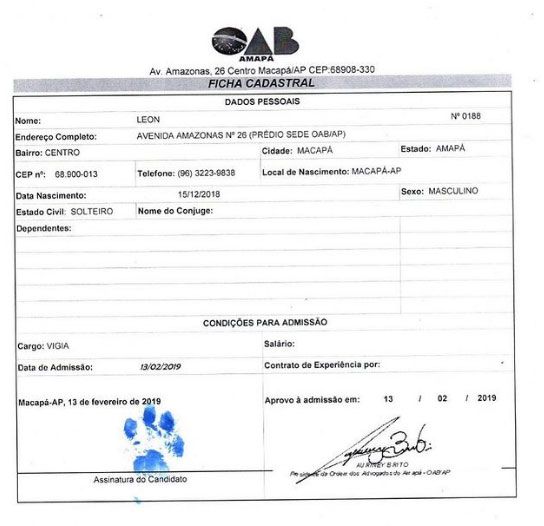 Now the kitten has already turned into a beautiful, slender cat. 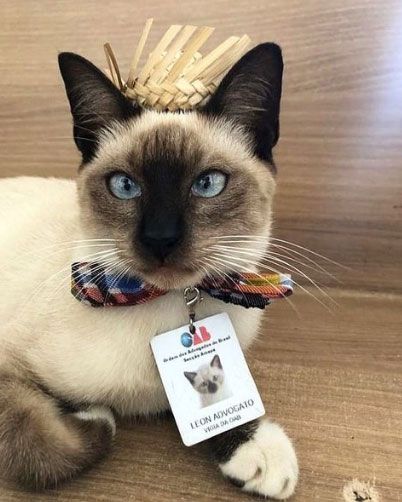 Leon is still on duty at the office, and his co-workers have given serious thought to the plight of homeless animals and created an organization that protects the rights of abandoned and abused animals.