The couple tried to find a home for the kitten, but their puppy hugged him and did not let go 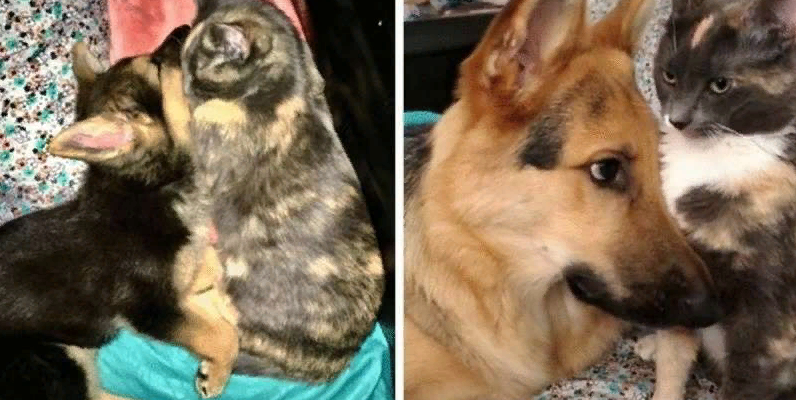 Kitten Lily was only 3 months old when she was found with her little family – along with other kittens.

They were brought to Los Angeles, and the couple decided to take them in and take care of them until they get better and find a loving family.

They decided that the kittens would live with them, they loved them and took care of them. But the moment came when they had to be adopted. 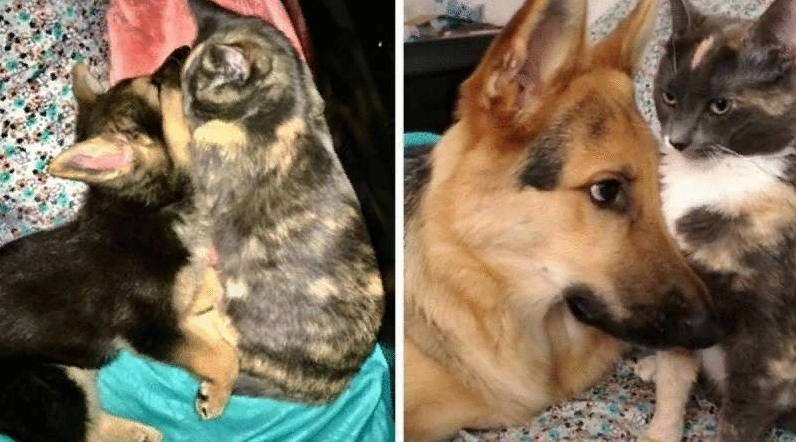 All the children were adopted, and the little cat Lily was left completely alone, she also hoped that one day she would find a loving family.

When the kitten was 5 months old, the family decided to have a new member of the family – a small puppy Cody. Two were the same size.

They soon became very attached to each other. They could not live without each other, and if one of them was not there, the other would cry. 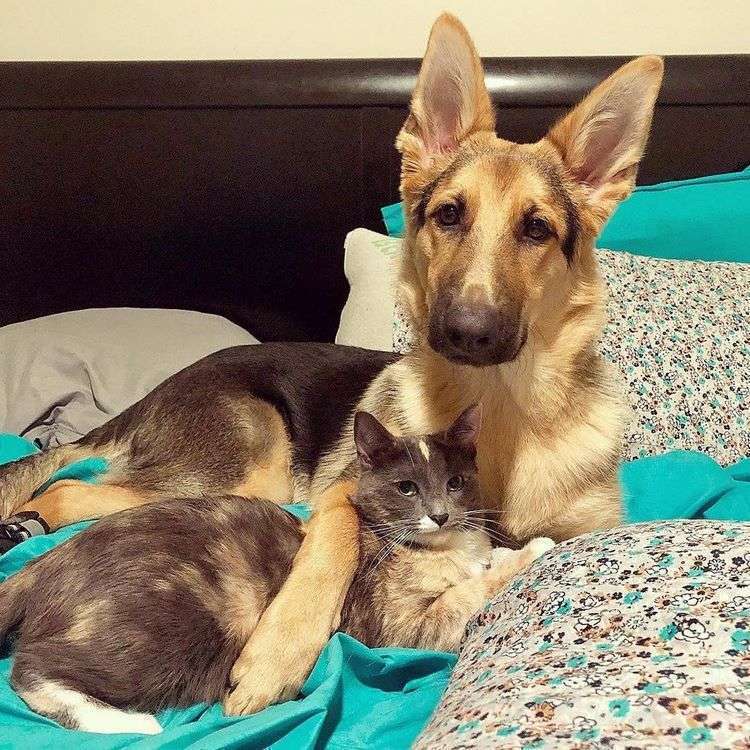 They began to do everything together, drink, eat, play and sleep, they are inseparable friends.

Lily took on the role of big sister and Cody’s personal hygienist, cleaning him from head to toe.

At first, Cody probably thought he was a cat, but he’s had enough time with other German Shepherds so there’s no confusion now! 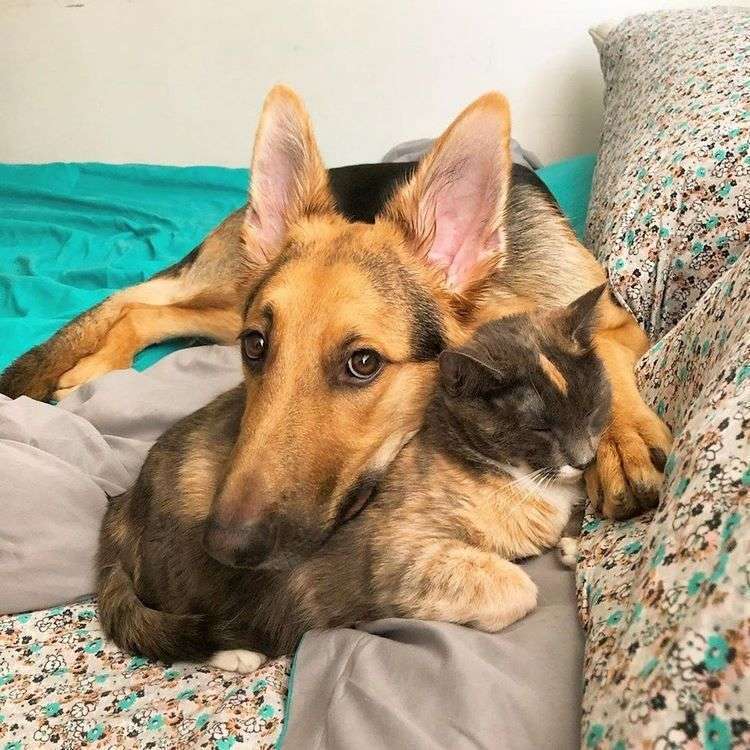 They took Lily home and she found Cody.

It should have been so, and now the owners cannot imagine their lives without these two!