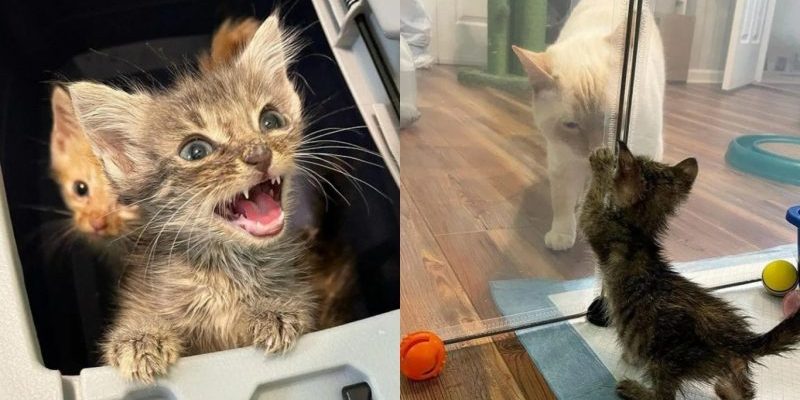 Three small cats were found in the grass near a residential area in Indianapolis. The poor little ones huddled together, screaming loudly and drawing people’s attention. They were dirty, skinny and very hungry.

The brave residents of the city could not leave them alone and immediately contacted the rescue center. 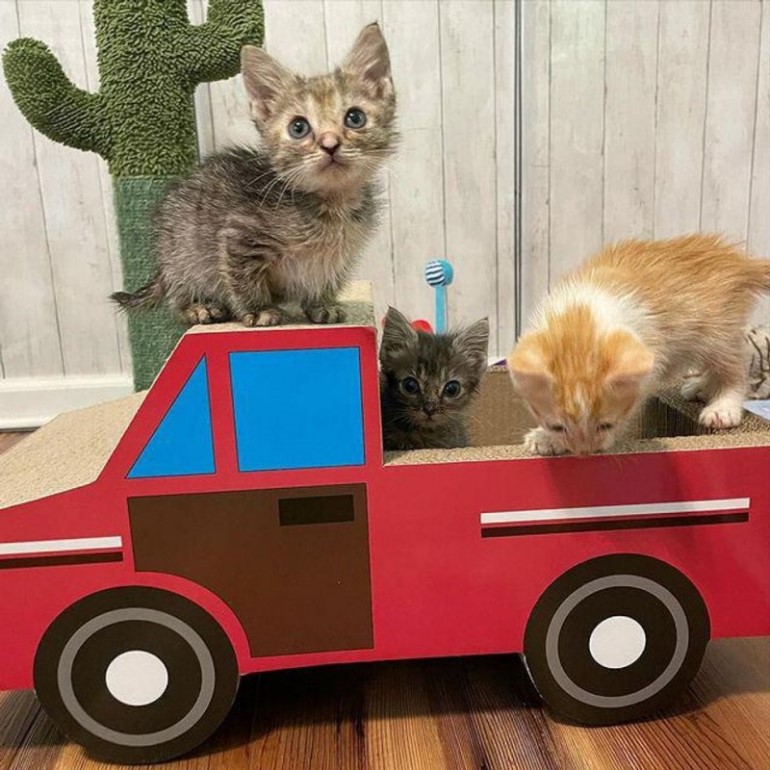 On the same day, the volunteers took the cubs to their shelter.

The two younger sisters were more active than their red-haired brother, who was shy and modest. Unlike her sisters, she was most afraid of people and gradually got used to her surroundings. 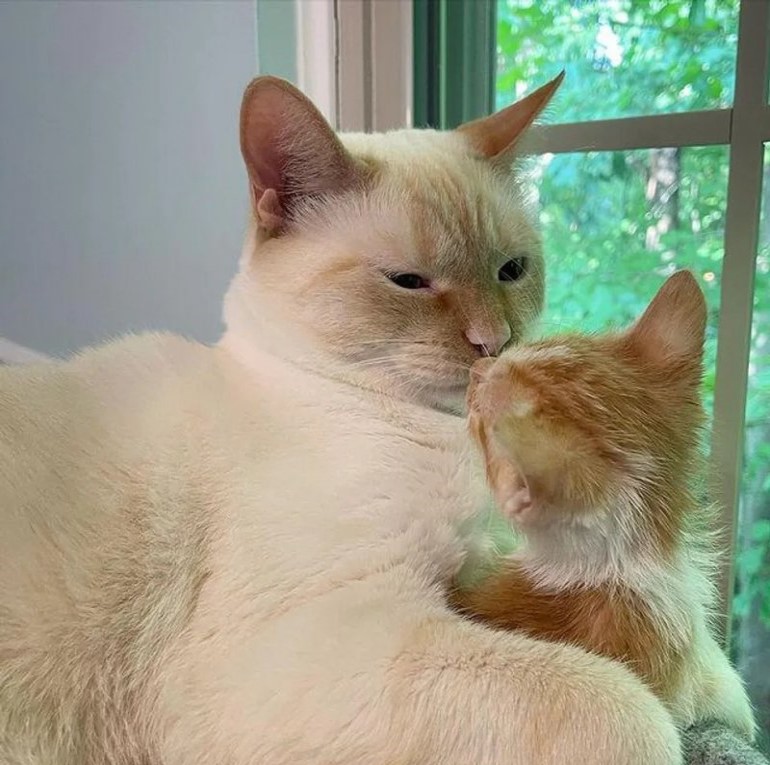 While her sisters played, the girl looked around in horror, afraid to take a step.

And after a few days, the cat began to get used to it. All three grew up healthy, gained weight and made the goalkeeper happy every day. A few days later they were introduced to a guard cat named Bear. 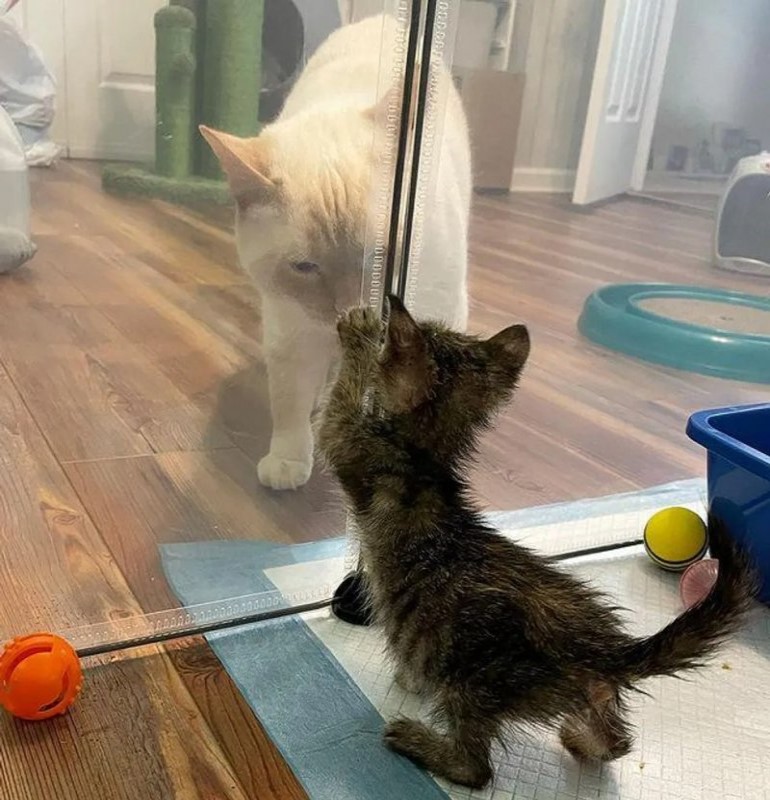 Their first meeting went very well, the Bear took care of them as if they were his children, they responded with gratitude and love.