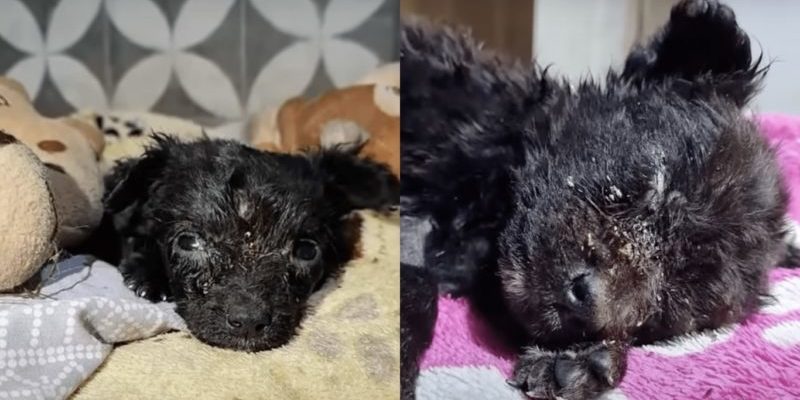 This cute little puppy was found after all of his family died. His survival was a real miracle. A kind man took him to the nearest veterinary clinic and asked him to help him, he was named Valentino.

Valentino was disfigured by ticks and fleas. He also suffered from severe anemia. He had a fever and was underweight, and the vet wasted no time. He administered intravenous fluids and intravenous iron. They had to give him everything he needed. 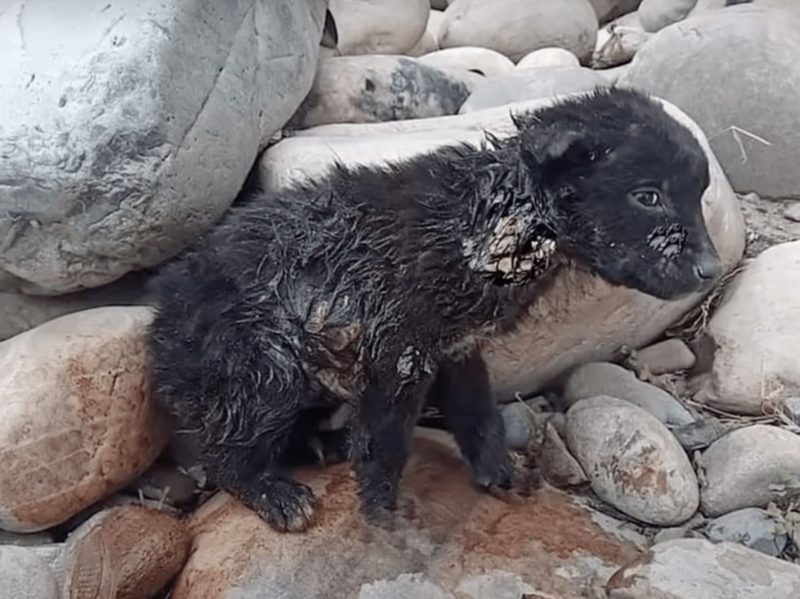 His fever caused convulsions, so Valentino was monitored around the clock, they were not sure that he would survive. It was very scary for him.

He slept a lot due to being very weak, hungry and dehydrated for a long time. One of the clinic staff decided to stay with Valentino in order to hug him and not leave him alone. 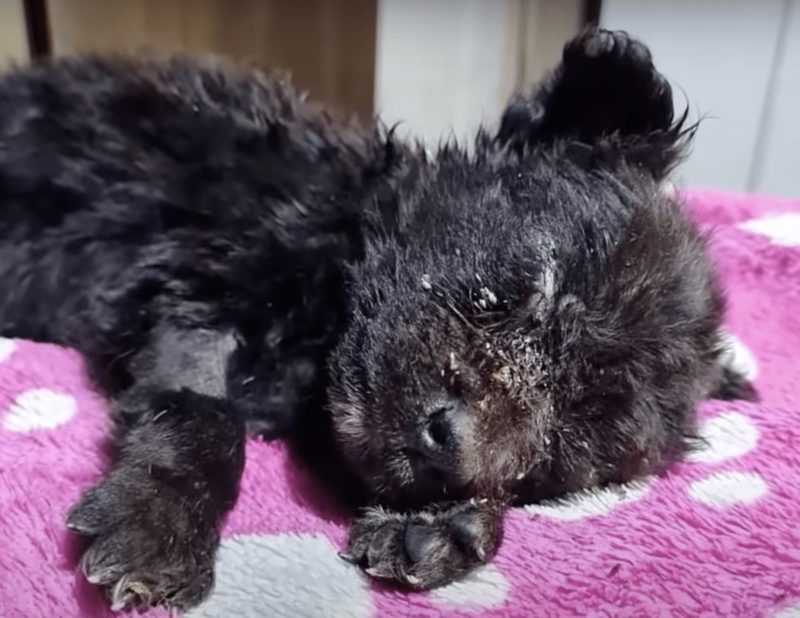 Everyone who met Valentino fell in love with him. He had such a strong spirit despite his young age. He saw his brothers and sisters die one by one and it traumatized him greatly.

The veterinarian decided to keep him company with soft toys, hoping that they would calm him down. 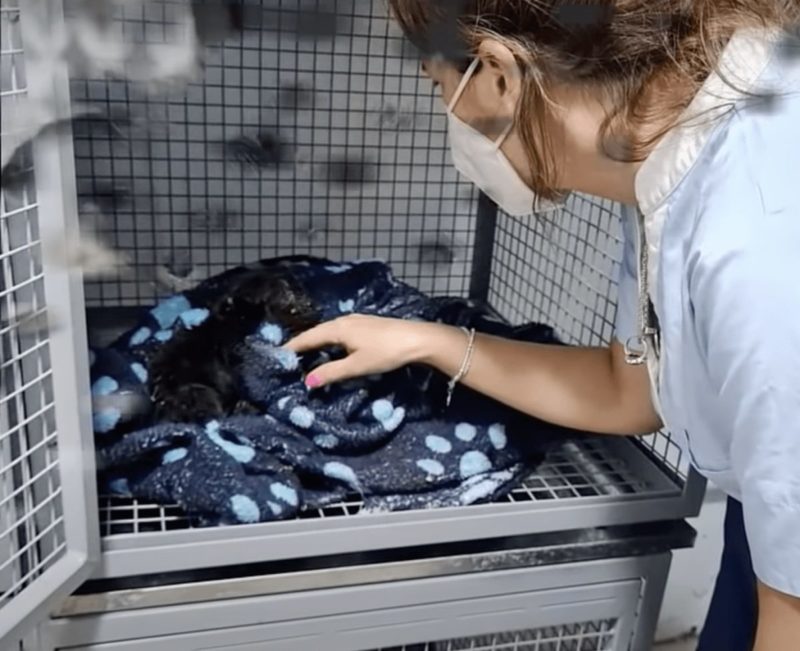 A week of round-the-clock care has already passed and the puppy has already begun to recover. He could eat himself and even began to wag his tail.

The veterinarian contacted the local rescue group and informed them that they had a puppy that would soon be ready for adoption. They were delighted. 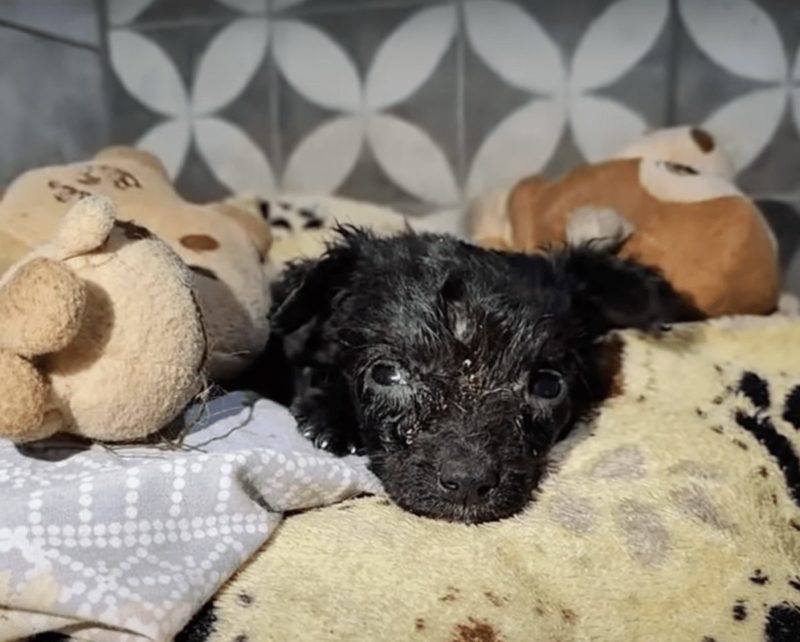 Miraculously, in just ten days, he found his eternal and loving home. A kind person applied for adoption and was approved. He came to the clinic to meet Valentino and it was love at first sight for them!

We are very happy that this story has a happy ending for this little fighter. If it was interesting, please share it with your friends and family !