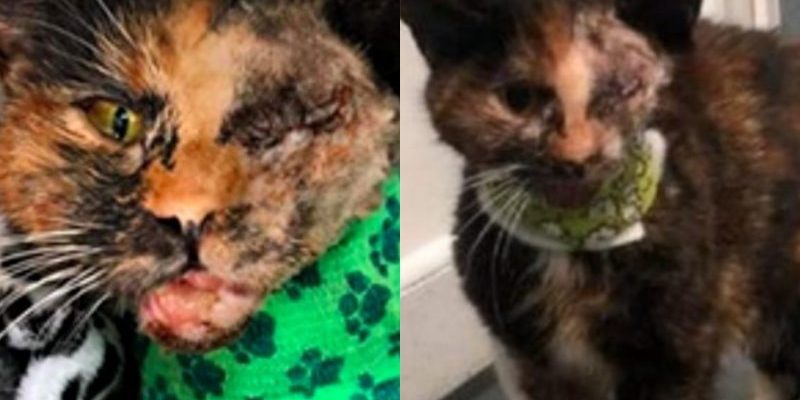 This homeless cat miraculously escaped after being hit by a bus. He was wounded, and when they approached him to help, he ran away.

The Southridge Animal Center learned of the incident and began searching for the cat. 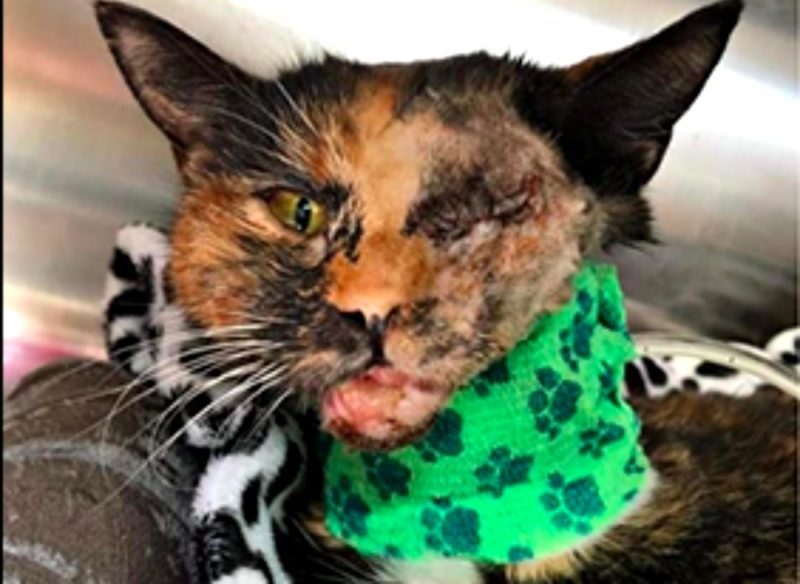 The poor injured cat was finally found 16 days after posting on social media, going to the vets and putting up posters.

They took them to the clinic for emergency medical care. In addition, his jaw and eye were damaged in the collision. It was a real miracle that he survived after all this, the rescuers named him Trudy.

He spent about 6 months with this staff and received treatment. Even if no one wanted to part with the animal, it was time to find him a new family. This is a creature that will fill any family with joy.

He was eventually adopted by an animal loving couple who promised to give the animal a better life. 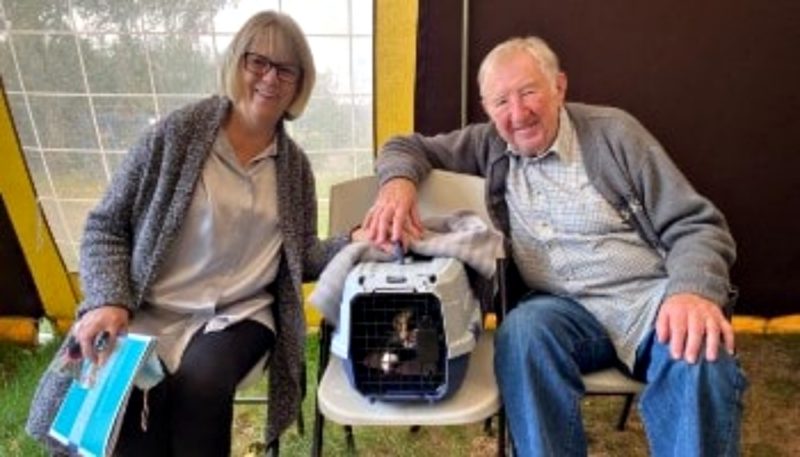 Trudy is happy in her new home and doesn’t need anything. She likes to spend time on the grassy balcony; he has his own armchair, he can sleep where he wants.