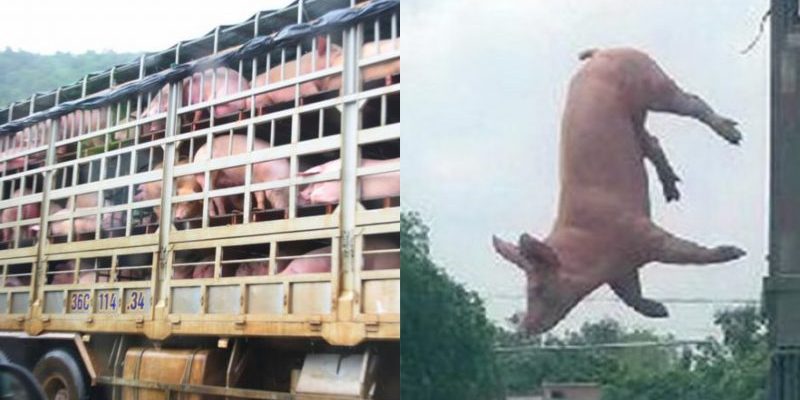 Once in Australia, a pig jumped out of a trailer full of pigs. The height from which the animal fell was about the size of a two-story house.

One day, a car with a trailer was driving through Western Australia, in which there were hundreds of pigs. Among the animals taken to the slaughterhouse was a four-month-old piglet, later named Wombat.

People riding behind saw the animal crawl through the gap and jump onto the road from a height approximately like a two-story house. 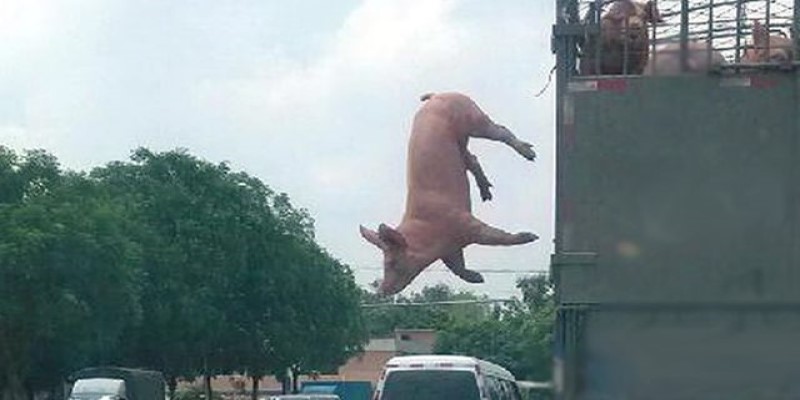 If it weren’t for the eyewitnesses, the piglet would still have died, his skull cracked from the blow, his eye was injured and internal bleeding formed.

When people brought him to the clinic, the veterinarians shrugged, saying that his chances of survival are negligible.

However, Wombat managed to survive the night, then another, and then he even began to gain weight. He not only survived, he seemed to understand that nothing threatened him and began to enjoy the little things in life. 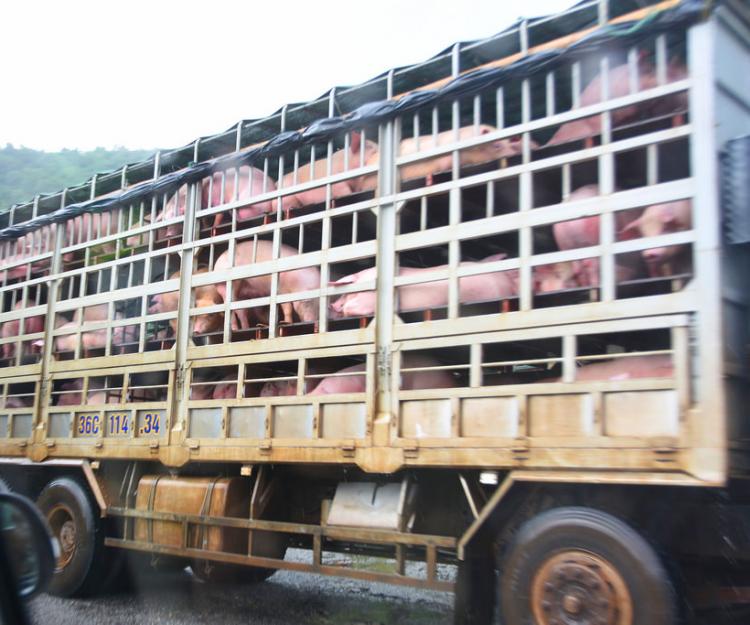 Piglet was urgently sent to a farm for rescued pets, and there he met Freckles.

Once, Freckles was sold under the guise of a “mini-pig”, and the owner starved her so that she would not grow. Fortunately, now the animals are not in danger. 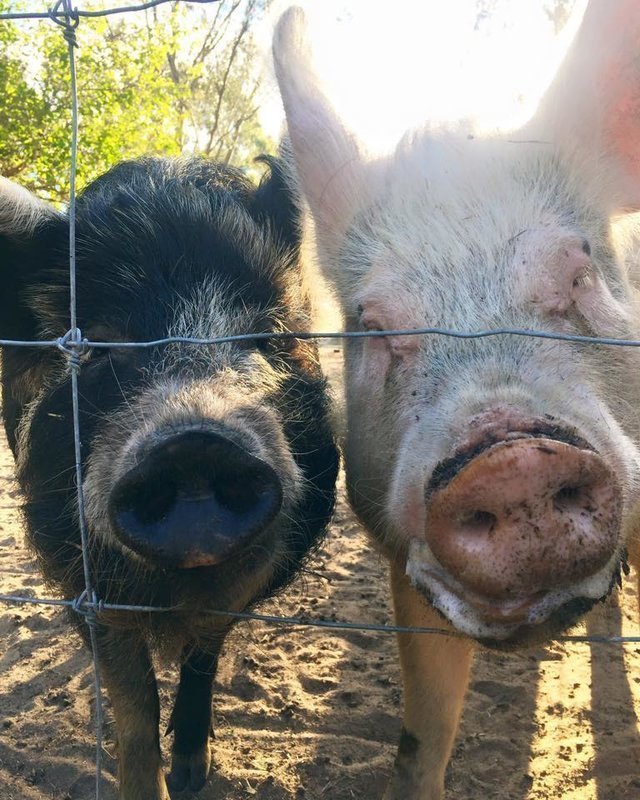 Wombat is very grateful to people for his salvation. Now he gladly receives visitors, especially the elderly and children.

He knows how to grunt in different ways, exposes his stomach that he was scratched, asks for sweets and allows children to play with him, as if with a big plush toy.