There is always time and energy for good deeds, and the example of 15-year-old Bailey Villavaso confirms this.

On the eve of Hurricane Ida coming to New Orleans, she did a good deed and thereby changed her life and three other living beings. 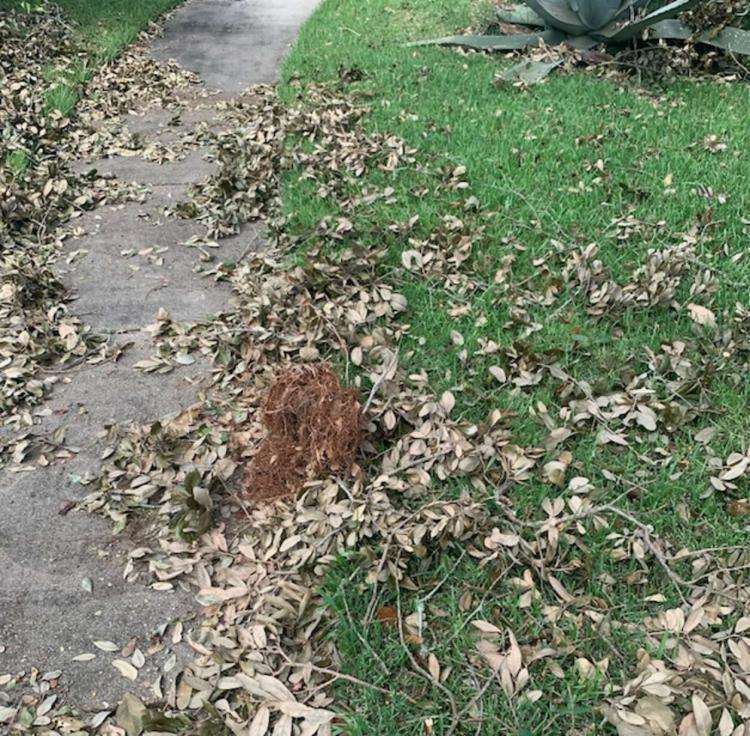 The evacuation was in full swing when Bailey noticed something strange in the garden.

The wind had already risen strong and it knocked down the tree from which the squirrel’s nest fell. There were three baby squirrels inside, shivering from the cold, but their mother was nowhere to be found. 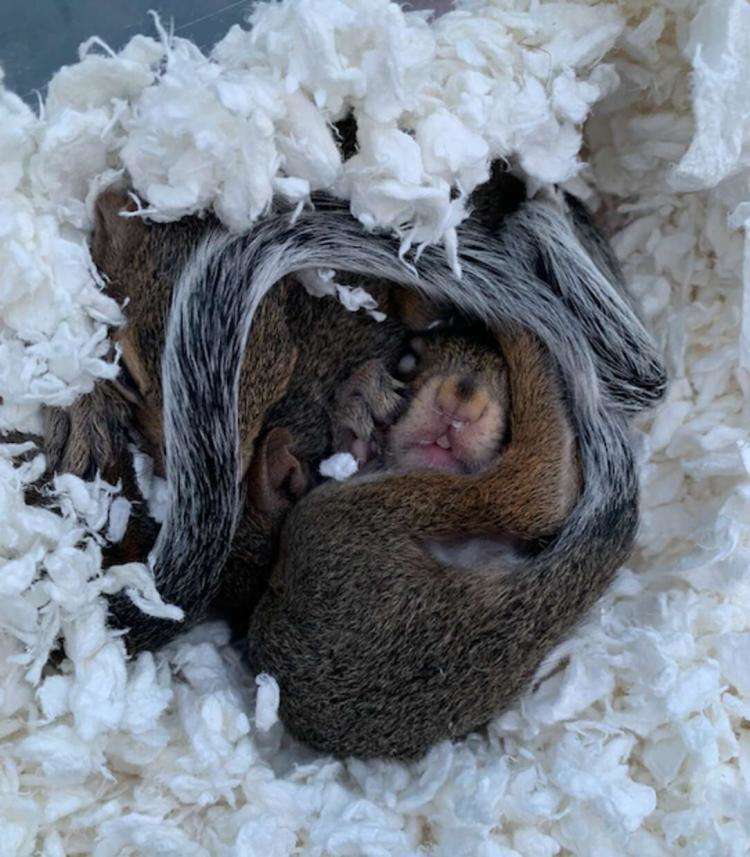 Bailey decided that she had to save the orphans – she put them in a box and got into the car. The Villavaso family raced away, away from the hurricane.

Along the way, Bailey contacted a veterinarian she knew and learned how to feed and care for baby squirrels. 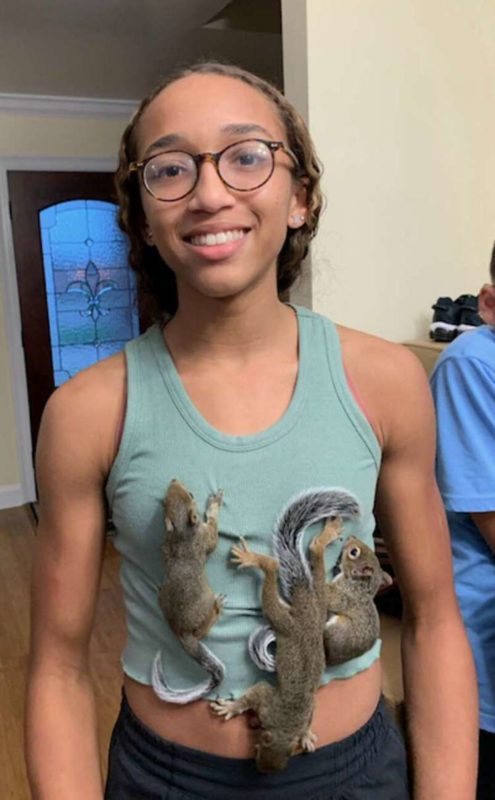 Lovely creatures turned out to be restless, but grateful – they ate and began to explore the area. Most of all they enjoyed crawling along the Bailey itself.

The girl even named them Simon, Alvin and Theodore. After the hurricane passed, Bailey began calling animal protection organizations. 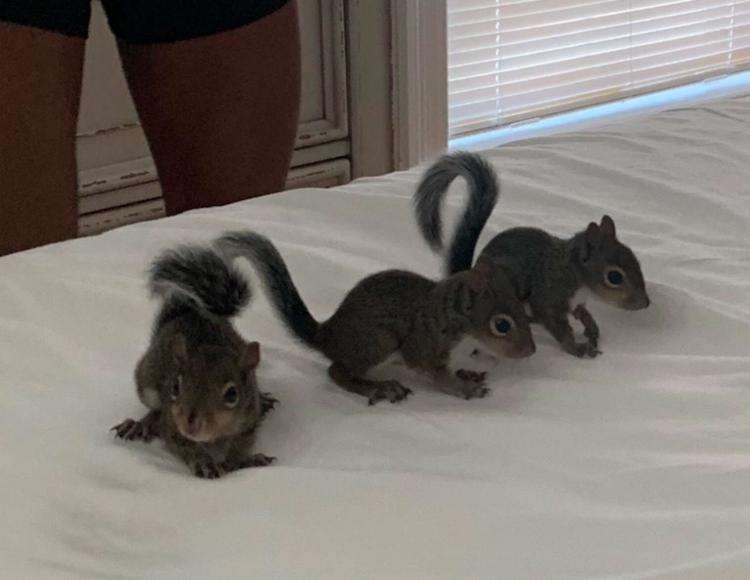 Alas, it turned out that no one cares about the squirrels, because the hurricane knocked down many trees and there are now thousands of these rescued squirrels!

Not one such compassionate Bailey turned out to be, but most preferred to immediately shift the responsibility to others. 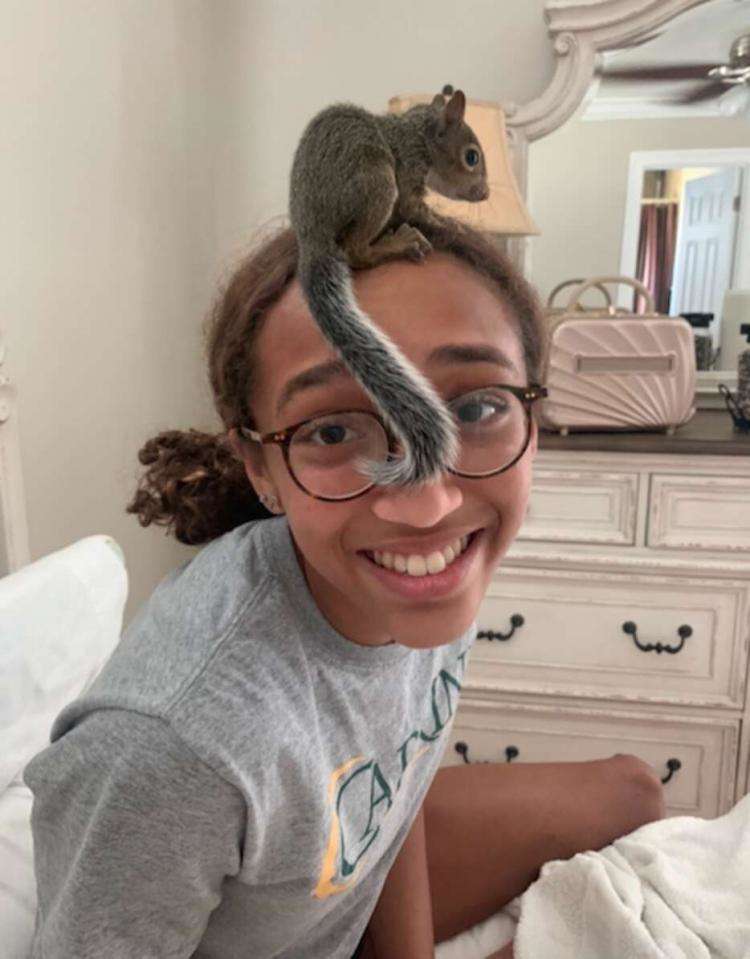 And then the girl decided that she would raise the squirrels herself, become their foster mother. It was the best decision for her and for the kids!