The dog saved the life of a paralyzed owner, not allowing him to freeze in the snow 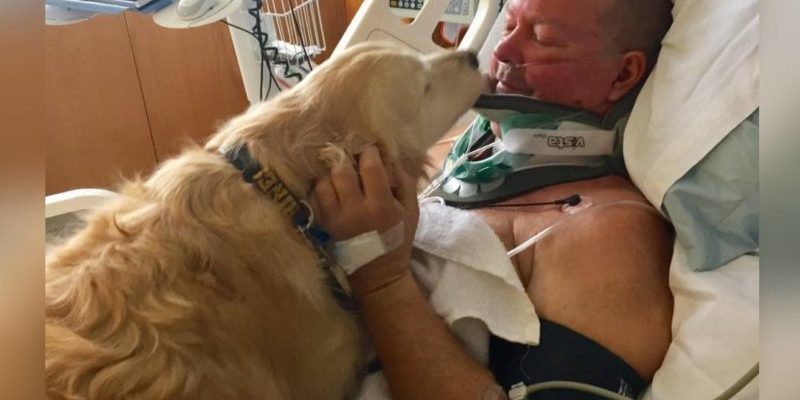 This is exactly what a 5-year-old retriever named Kelsey did, who warmed her paralyzed owner with her body for 20 hours until help arrived.

It happened on New Year’s Eve when Kelsey’s owner, 64-year-old Bob, left the house for just a couple of minutes to get firewood for the fireplace.

Despite the temperature at -4, the man was in home clothes with short sleeves and slippers. Perhaps because of them, he slipped, fell and injured the cervical vertebrae and could no longer move. 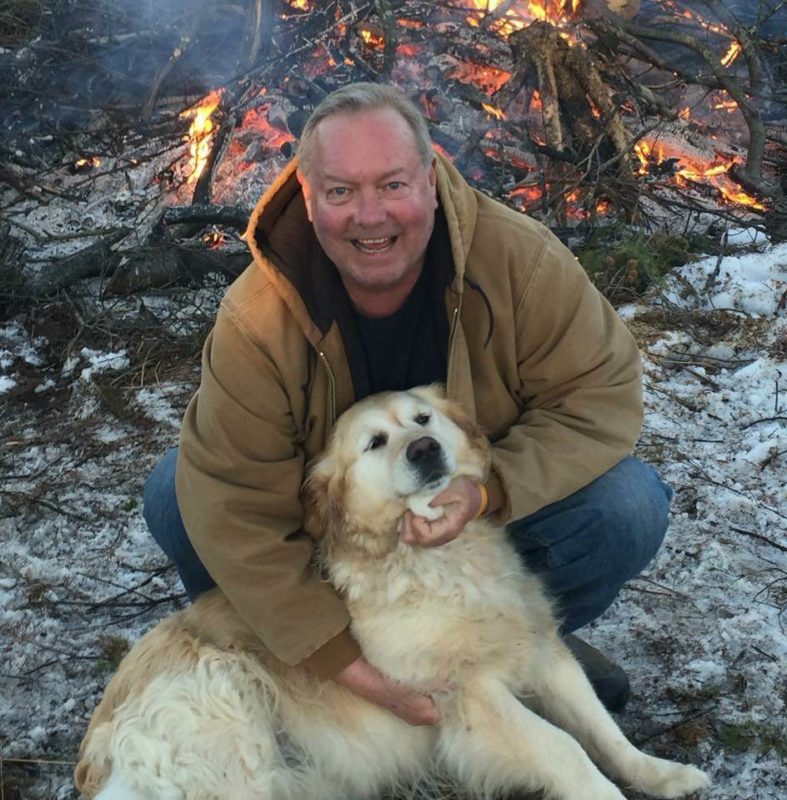 Bob was able to call for help during this time, but people did not hear him, since the nearest neighbors lived a quarter of a mile, and besides, it was already late in the evening.

But his call was answered by the dog Kelsey, who immediately ran to the owner and did not leave him, warming her body and licking the man’s hands and face.

Kelsey would not stop barking and howling, trying to attract the attention of the neighbors, and by morning Bob’s voice had dropped. This continued until the evening, when the dog was finally heard by neighbor Rick, who called Bob’s daughter and called an ambulance. 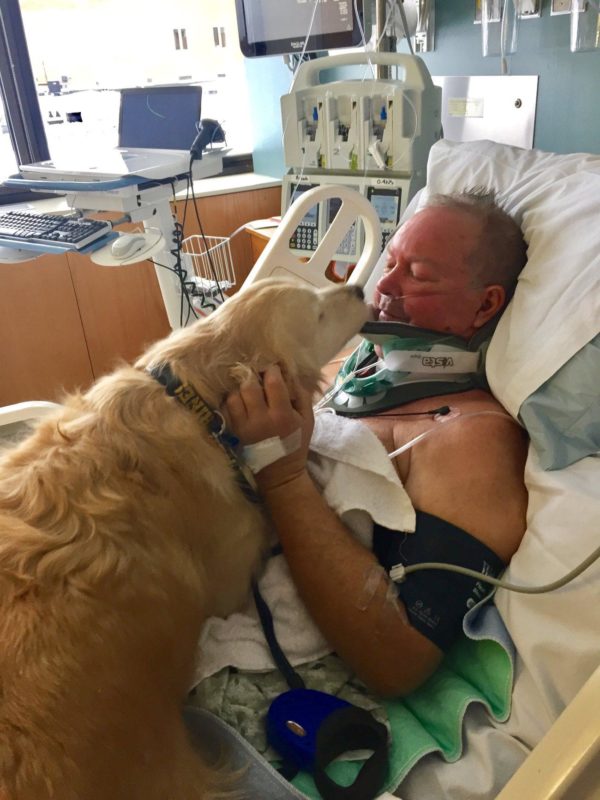 Bob was taken to the McLaren hospital, where, despite severe hypothermia, he was not found to have frostbite – and all thanks to Kelsey, who warmed the owner with all her might.

Another miracle happened there: the man was operated on and mobility began to return to him.

Neurosurgeon Chaim Colen believes that severe consequences were avoided largely because of Kelsey. The doctor even hugged the dog when she and her owner were brought to the hospital. 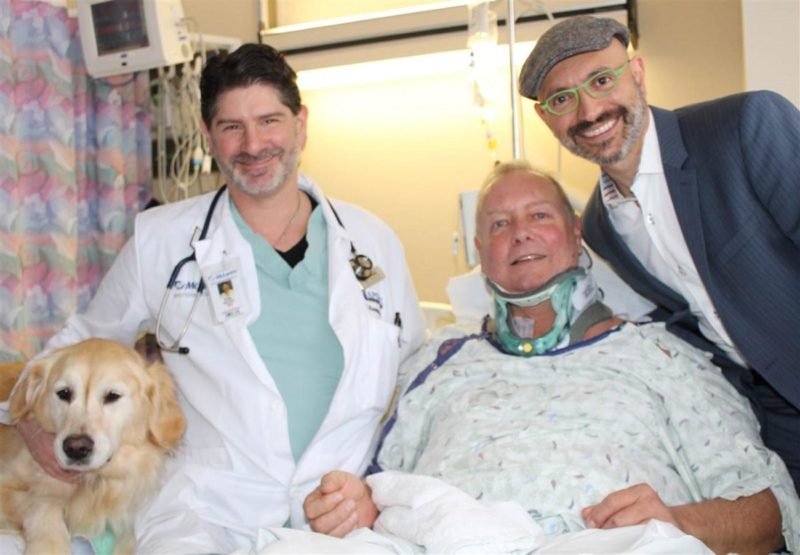 Everything ended well, although Bob still has physical therapy sessions to return to full mobility and former strength.

He said that he thanks fate for sending him heroes. Kelsey kept him warm, kept him awake, and kept barking for help. Dr. Colin restored his ability to move. “They are true heroes and I will be eternally grateful to them.”