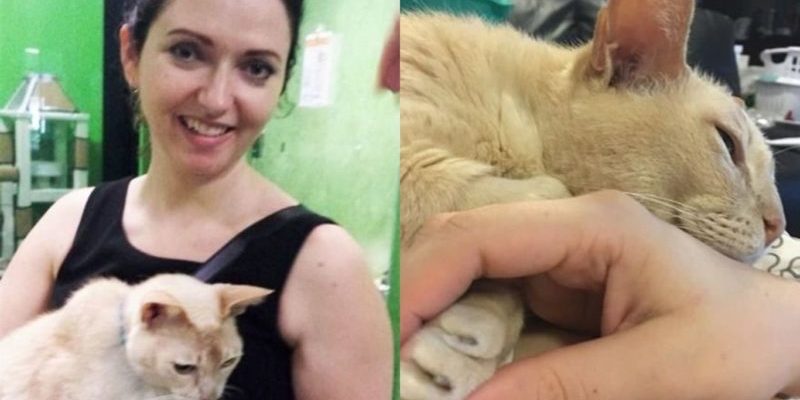 Animals have their own habits and characteristics, which sometimes their owners have to deal with. This is Jamie, an old Burmese cat who was recently adopted from a shelter in Australia.

Jamie was admitted to an orphanage when he was 13 years old. He was brought in by a retired owner who was placed in a nursing home.

As often happens, his pet was no longer needed, and Jamie lost not only his mistress, but also his house in his old age, which was replaced with a cage in a shelter. 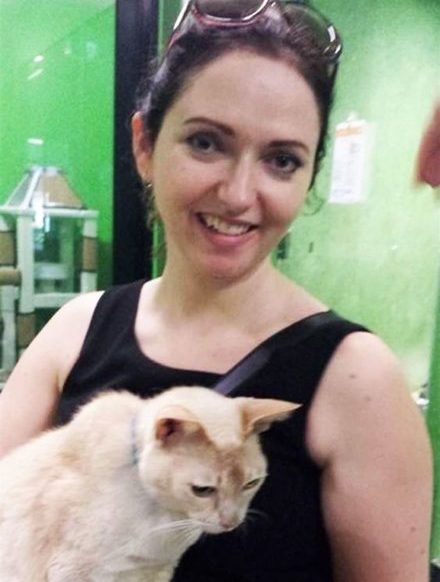 The shelter staff understood Jamie’s age, although they considered him unfit for adoption, he also had many health problems. An older animal requiring more attention and care, the chances of the cat finding a new owner were minimal.

However, sometimes miracles happen, and Jamie was lucky: he was chosen by one of the visitors to the shelter, a young woman named Sarah Dempsey. 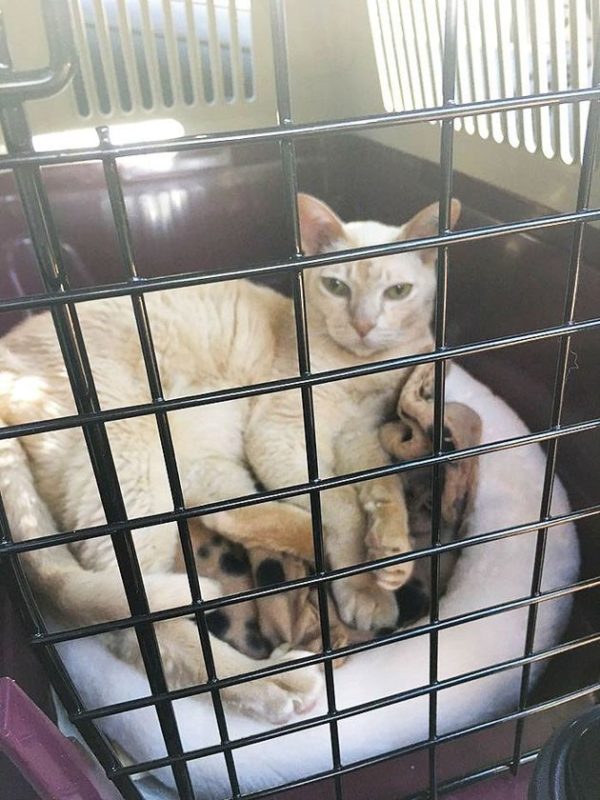 She arrived at the shelter looking for a pet to ease her loneliness. When she first saw Jamie, he was sleeping, but when she approached his cage, the cat immediately looked at her.

It was the special look of a deeply suffering being, and Sarah greeted Jamie. The woman was not mistaken, because the cat became her ideal companion.

He follows Sarah all day, climbs into her lap. At night, the cat sleeps next to Sarah, but he can only sleep if Sarah takes him by the paw. 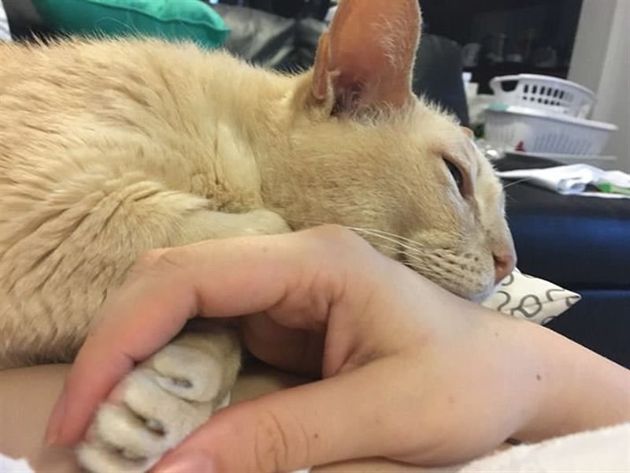 Jamie, apparently, is very afraid of losing his new mistress, so he wakes up as soon as she releases her paw.

If she lets him go, he wakes up and starts meowing and lightly biting her arm. She appreciates that the cat bonded with her so quickly – it’s exactly what she wanted when she got a pet.