Little kitten wins the heart of a German Shepherd: A video that has 17 million views 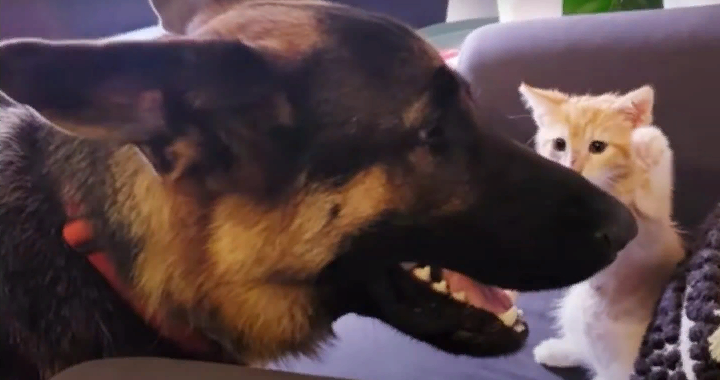 Introducing a family dog ​​to a new pet can be tricky and sometimes owners dread this moment.

But the relationship between ginger kitten Blue and German shepherd Beck has grown stronger over the years since they first met about two years ago.

Their amazing connection, which can be seen here in the video, has collected millions of views on social networks and YouTube! 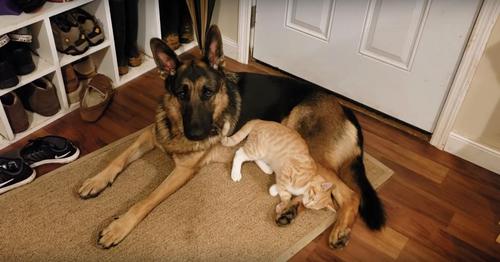 At first, Beck was very afraid of Blue. The big dog watched from afar as the kitten jumped around the house and frolicked, and then went to bed in his basket.

After a while, Beck began to show warmer feelings towards Blue and was no longer afraid of him. He watched the little kitten frolic, and it seems that he himself wanted to be friends.

When Blue started playing with Beck’s ears, the German Shepherd decided it was time for them to build a strong friendship. 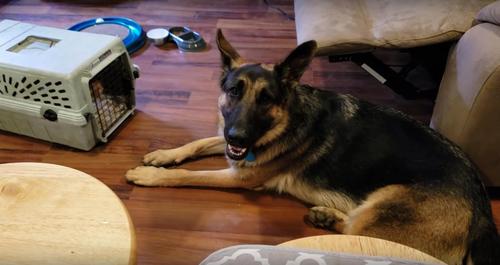 Soon the friendly game between the two animals turned into a warm relationship.

Beck let Blue slap him softly, then nudged the cocky paw with his small nose. They played not only in the house, but also on the street, they ran together in the grass and played.

Blue and Beck became inseparable friends, so close that they did not want to spend a single minute apart. Even when they dozed, Blue snuggled up to his big furry friend. 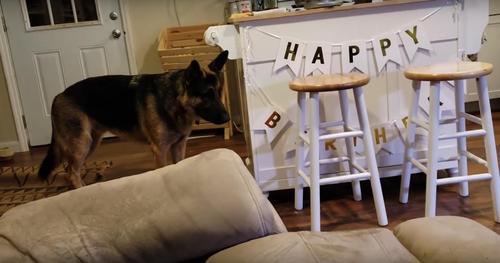 Now Blue is no longer a little kitten. In fact, he has already turned into a rather large cat. But he and his friend maintained their close friendship all along.

They complement each other perfectly: Blue is energetic and explosive, and Beck is calm and balanced.

We are sure that their owners are fascinated by their close bond. The video of the two bosom friends has been viewed over 17 million times!