Cat with dreadlocks: social workers rescued a cat dragging meter-long strands behind him

This cat, named Heidi, lived with his owner in his own house for a long time. He was very unsociable and did not like to be caressed. He always hid in secluded places and only occasionally went out to eat or play.

He was very silent and sometimes even his owner forgot about his existence. She force-fed the cat in the morning and evening, cleaned the tray, but sometimes she simply forgot about him because of his rather complex illness. 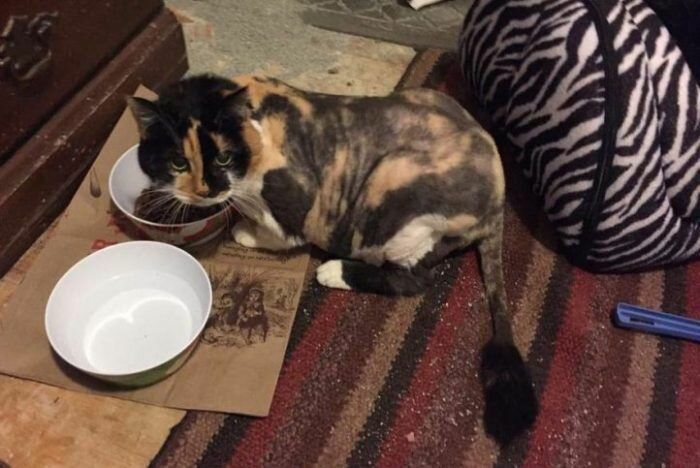 In the end, the woman needed the care of other people, and social workers began to visit her.

They came almost every day and only after a while they noticed a strange thing – there was food, a bowl and a toilet, but the cat was nowhere to be found.

Unfortunately, the woman was already in a very bad condition, she could not remember, so the cat had to be searched all over the house. When they found her, they were surprised to see that Heidi’s fur had turned into something horribly dirty. 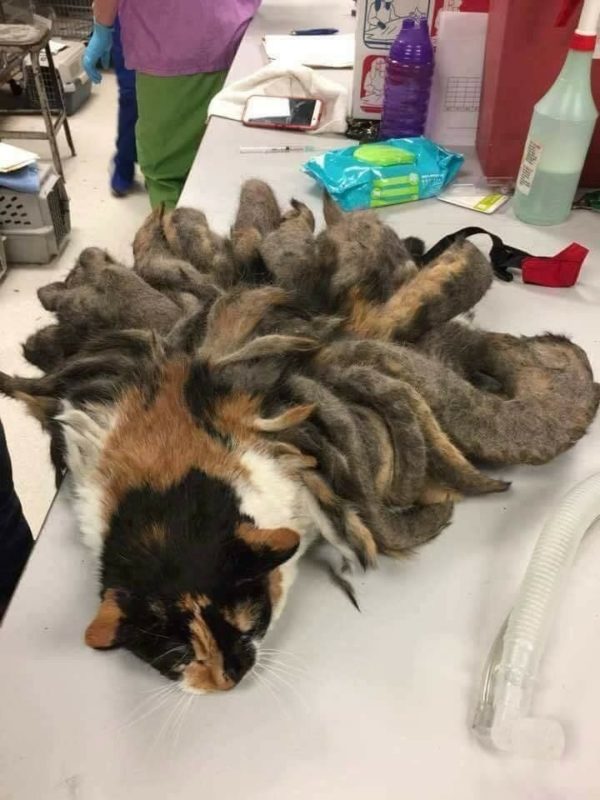 The cat was taken to the shelter with the consent of the owner, who let her in and let her say goodbye. At the shelter, the cat’s hair was removed and the skin was treated for minor wounds and various rashes.

The cat is now completely naked, it will take a long time and she will regain her magnificent coat. Despite the advanced age of the cat Heidi, the workers of the shelter hope to find an owner for her.

The hostess had to be permanently evicted from the house and sent to a special center for sick elderly people.

Heidi’s example reminded the volunteers that when the mental capacity of an animal owner declines due to old age or illness, the animals must be taken away from him, otherwise everything can end very badly.