The cow hid her newborn calf in the forest: the farmers almost cried when they realized the reason for this

An Australian cow named Clarabelle lived for 8 years on a dairy farm when she suddenly began to lose milk and was sent to the slaughterhouse.

She was lucky enough to be discovered by animal welfare officers who rescued her and took her to a farm shelter. 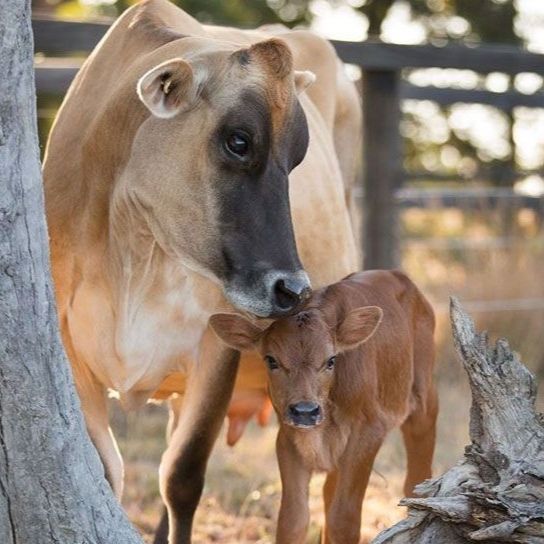 A girl who works on a farm, or rather takes care of the cows, notices that Clarabelle constantly looks at the same place and that her udder seems to be swollen.

Then the girl guessed that the cow had already given birth to calves and was hiding them somewhere. She went to look for calves on the farm, but did not find them.

Then she went into the forest and found what she was looking for. The calf was alone and quietly sitting in the grass, and the girl realized that Clarabelle had given birth a few days ago and was going to see her calf every day. 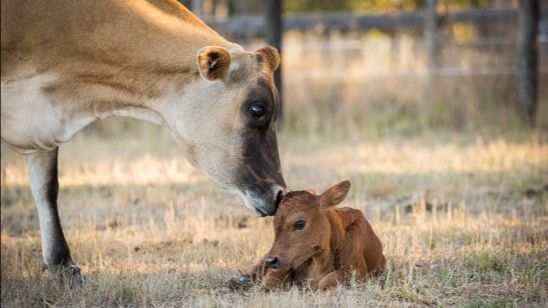 The girl stroked the calf, helped him to get up, and the calf went in search of its mother. When they met, their meeting was very sweet.

Clarabelle began to lick her calf, and he immediately began to eat delicious mother’s milk. Hearing this story, the farmers almost cried when they realized why she hid them.

In order for cows to produce more milk, they need to be fertilized every year. Newborn calves are immediately taken away and see what gender they are. 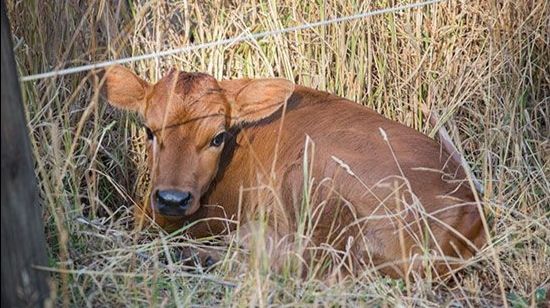 Clarabelle couldn’t let her only daughter be taken away from her again, so she decided to hide her from people.

The farmers took pity on her and promised that they would never take her away and that she would always be there. It’s been 6 years and Clarabelle and her daughter are still enjoying each other.