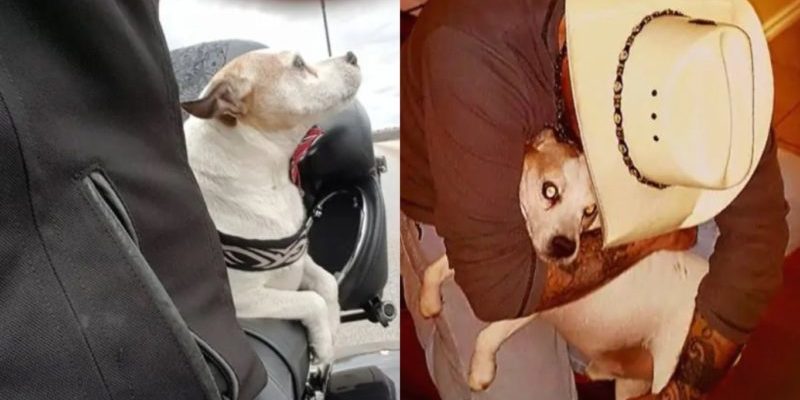 Whenever people say I love animals the only thing I wanna say is ‘Prove it’. Many times when they say it they don’t understand the deepness of that love. 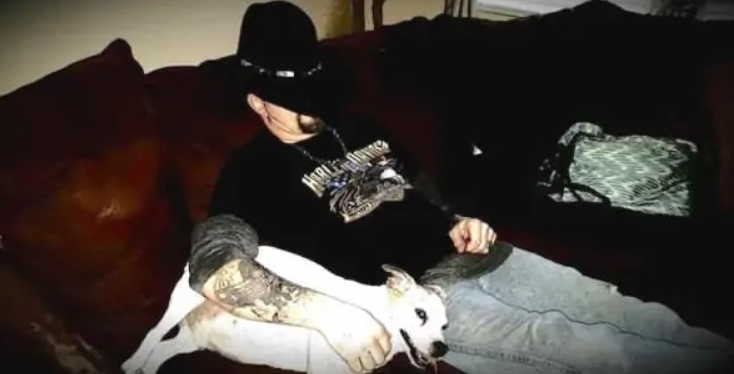 When you love someone you need to take care of them and show with your actions as well that you love them. Biker Brandon Turnbow, during last days proved his love towards animals by just saving a dog that was being abused.

He was riding his bike on the highway and he was on his way to his dad, when noticed a cruel man beating up a poor little dog. 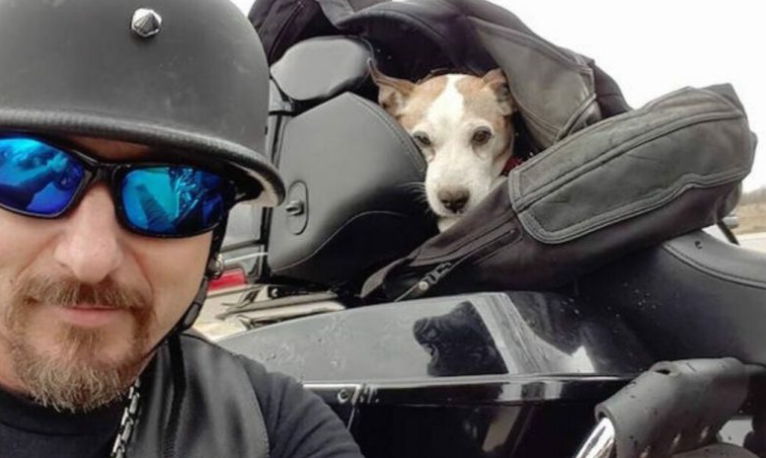 Brandon was really shocked seeing what was going on and he decided to show that man his place, but before he could say anything to that man, he threw the dog away and drove away.

The poor thing was wounded and terrified so Brandon knew for sure he can’t just leave him like that. Turnbow tried to act in a smart way. He didn’t want to scare off the dog, all he wanted was to take care of him. 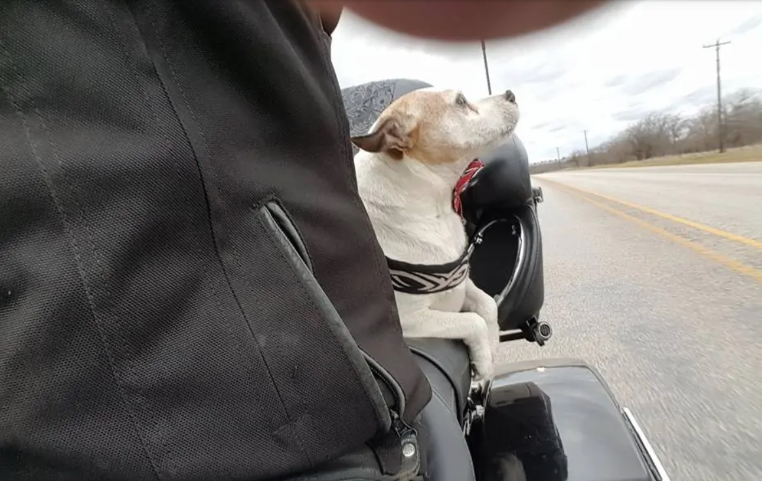 So he tried and reached to dog to see his reaction and as he understood that the pup was not going to bite him Brandon picked hi up from the ground and placed it on the bike. After that however he didn’t know what to do.

He wanted to do everything quickly, and not lose any time, but also he wanted to make the dog feel comfortable. 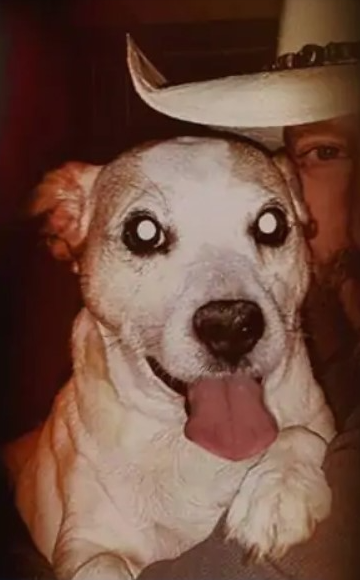 His first step was to turn on the bike to make the puppy feel comfy and then when he was good, Turnbow put him into his bag.

The first time he looked into the dog’s eyes he knew that he was the one. Turnbow fell in love immediately, he really wanted to adopt the dog. 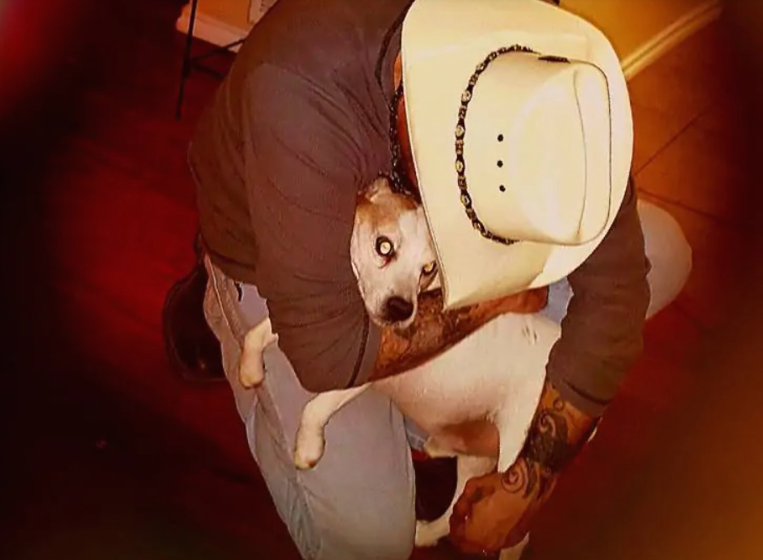 And so he did, they were like meant to meet each other. Brandon presented his new co-pilot Mr. Davidson to his followers.

He took the dog home that very same day and luckily Davidson loved riding Turnbow’s motorcycle with his man. Turnbow was really happy that his new dog loved being with him during that riding times. 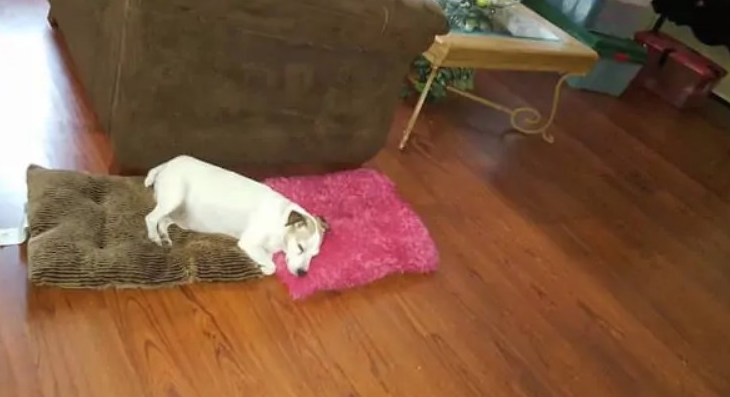 Davidson made himself comfortable real quick, when they arrived to Brandon’s place. He was totally in love with his man. Of course their love was

You see how appearing to the right place at the right time can change the flow of the situation. They are truly in love with each other and enjoy each other’s company each and every day.