Life can have a tough beginning and sometimes it may even seem that we won’t be able to handle the situation. But the good always happen in the most unexpected ways. Young Emerson being only a sex weeks old baby had a very hard time. At that time he was rescued from Florida’s shelter and transferred to Maine.

At that very young age Emerson was diagnosed a very serious disease which could have been threatened his life if not cured on time. But luckily the dog was treated and he pulled through. However it was only the beginning of his journey. After he was recovered the vets noticed something odd about him.

It appeared that Emerson was deaf and the docs weren’t sure weather he was born like that or it was the result of the seizures. However nobody planned giving up on him. 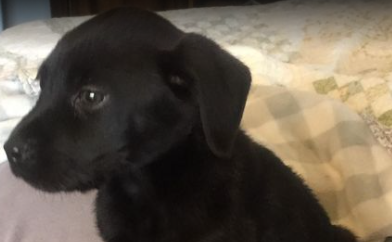 Everybody was sure that he would get adopted really soon, so all they did was just waiting. So the staff wrote a post about him. They wanted him to find a perfect place and live there happily forever.

They did their best and wanted everything to be perfect for him. They wanted to show people that his difference cannot be a reason for them not to give the love he deserves. 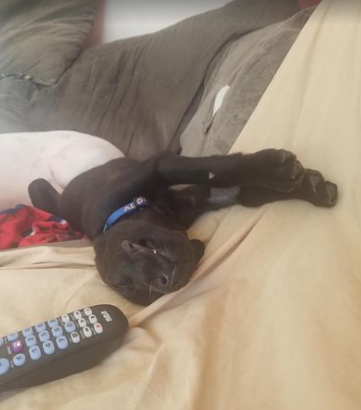 As nothing interferes him from living and living to his fullest. He knows for sure what he wants and where is he going.

Emerson knows that nothing can be stronger than him, and that if he wants to be happy he will. So after so much time and struggles the perfect candidate appeared. The shelter received a message from Nick who was interested with Emerson. He mentioned that after everything they have been through Nick felt some kind of connection and that was surely because he was deaf as well.

The universe did his job for them to meet. Nick also said that it was like that Emerson chose him as his person. 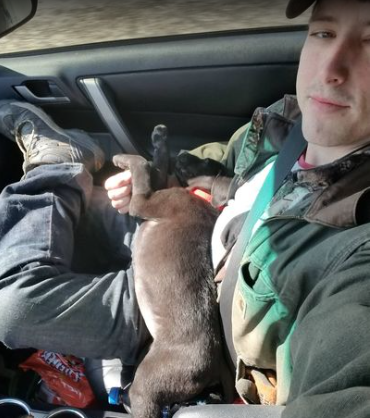 He said that the dog kind of picked him, and he started teaching the pup some sign language. No matter that their voices were quite their spoke louder of all.

Sometimes your disabilities can become for you a whole new ability, they can help you come to new people, experience new feelings and be happier than ever.

The same happened in Nick’s and Emerson’s case, they found each other just to be happy and to feel that they deserve.