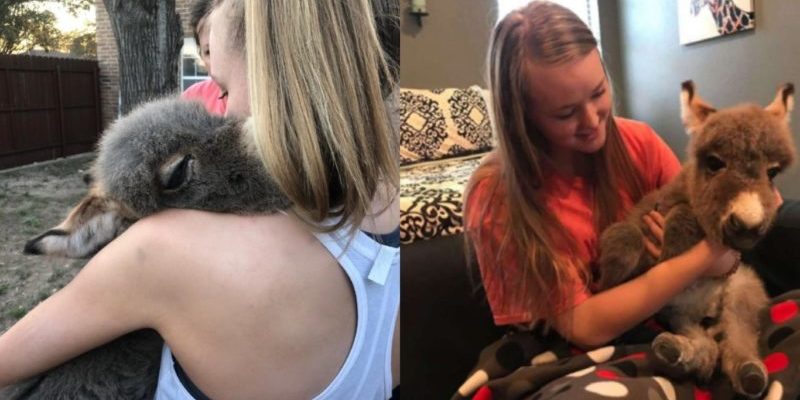 Sometimes people need to be parents for animals because they need their help more than ever. So this high school girl became a mother to a donkey named Jack, which made her so proud. 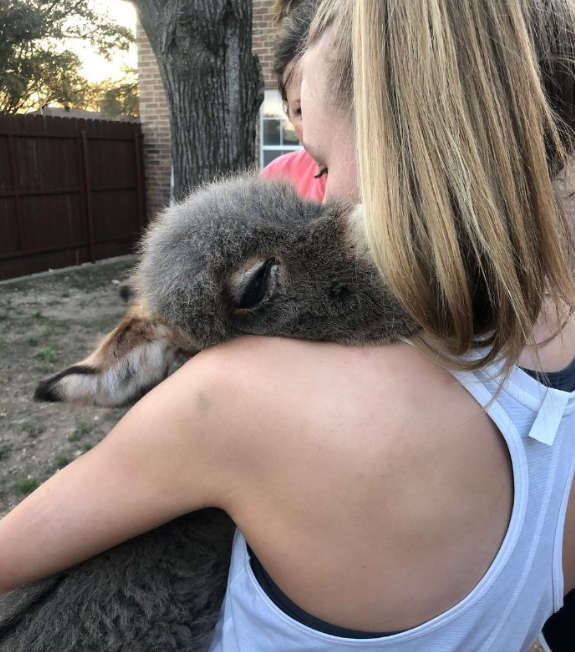 All of that started a few weeks back after she got a call from a friend that made a heartbreaking discovery.

When his friend was riding a horse he came across Jack, who was left all alone, As his mother was not able to take the donkey in, the boy asked Payton would she take him and the girl was going to accept the offer surely. 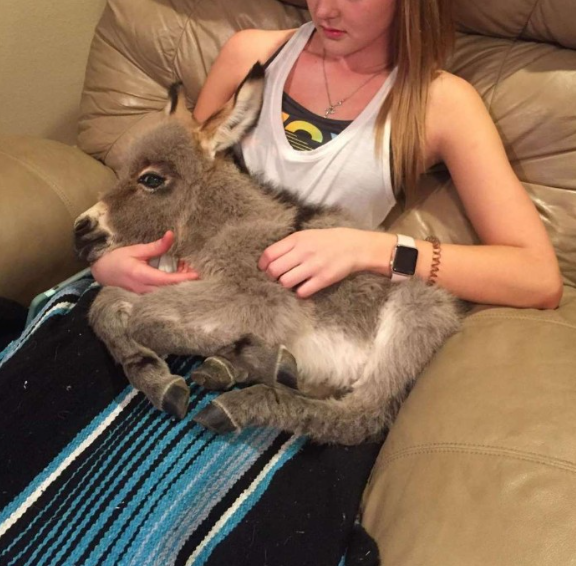 She promised to do her best. The cute little donkey was in such a bad conditio and the first night was the hardest one with him.

They were trying to make him eat something and use the bathroom so they would know that everything was good about his health.

After nursing this animals during all this hard times Payton became his mother. Weather she wanted or not she was the closest creature that Jack ever had. They were like a family and they were really inseparable. 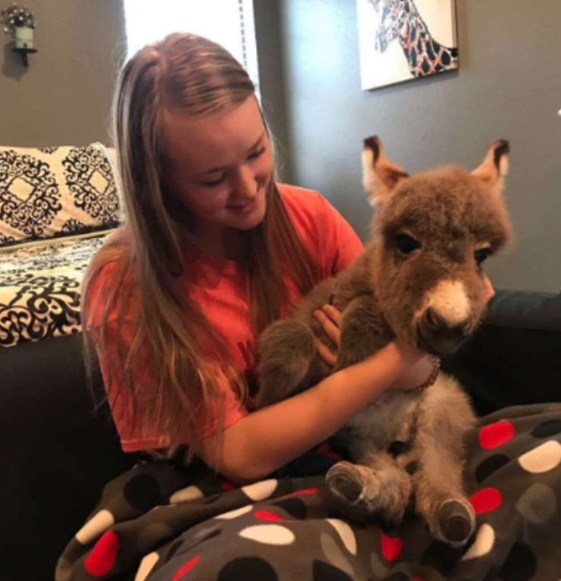 He is such a playful and active baby, and Jack slept with her mother and their dog as a little boy. He wouldn’t sleep if there wasn’t one of them. I feel like around them he was feeling safe and secure.

So for Jack Payton became the best mother and her dog his best friend. They go on walks and car tours together, enjoying every little moment.

Actually Payton and her family do not live on a farm but they do have a property with livestock animals on it. 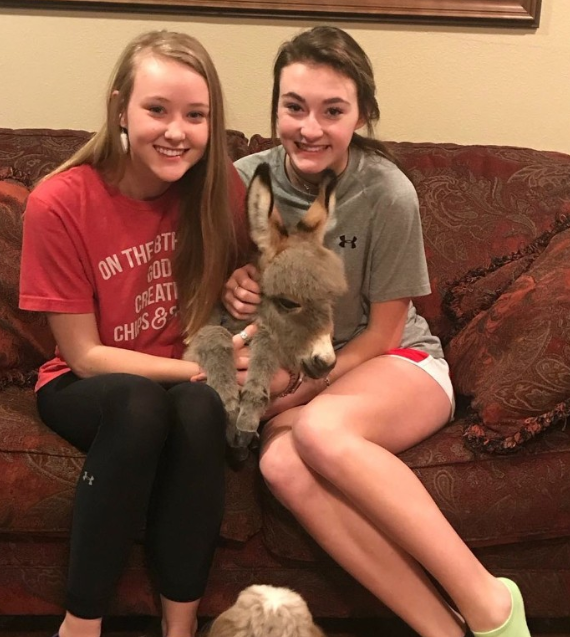 She loves taking care of animals and says that Jack has a plenty of place where he can play and chase his lovely dog friends.

While Payton is at school she pays some visits during brakes to give the baby a bottle of milk and a visit. SHe tries not to be away for a long time.

However when she is not home the donkey plays with the dogs and enjoys his time out there. What can love do with us? It can change us fully and make us believe that true morals do exist.