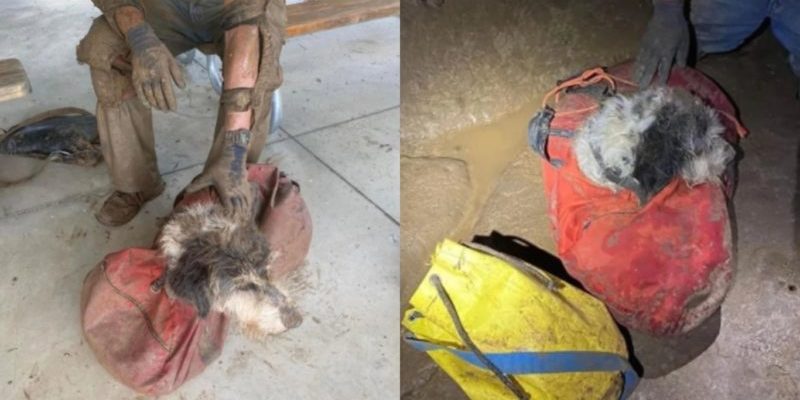 The dog Abby got lost since June 9 and was found only on Aug 6 almost 2 months later. The cave rescuers had to do a huge job to save the animal. 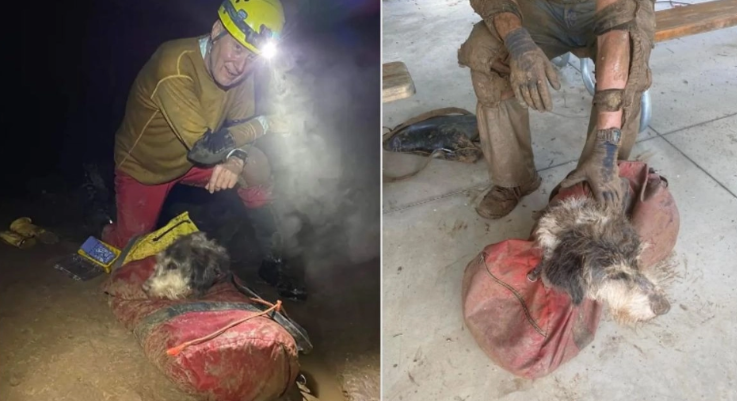 He was stuck in the underground cave. And given all that situation the rescuers job was pretty hard.

Nobody except for Abby knows how she ended up in that cave, while her whole family was looking for her. What’s more cryptic is how she was able to survive in that dark and inhospitable situation. 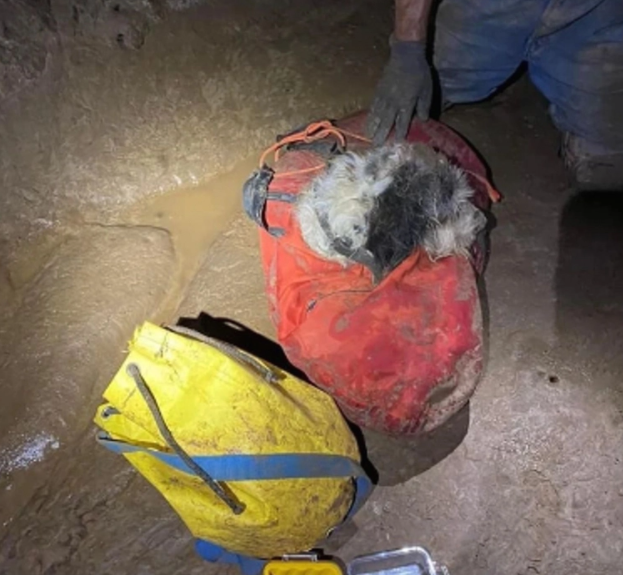 What was good is that she had access to water and freshwater. After learning that Abby was noticed in the underground pictures the team started immediately working.

They were not going to give up on her and did everything possible just to take her out of that cave. They placed Abby in a backpack and squeezed her through a narrow 60 cm opening. 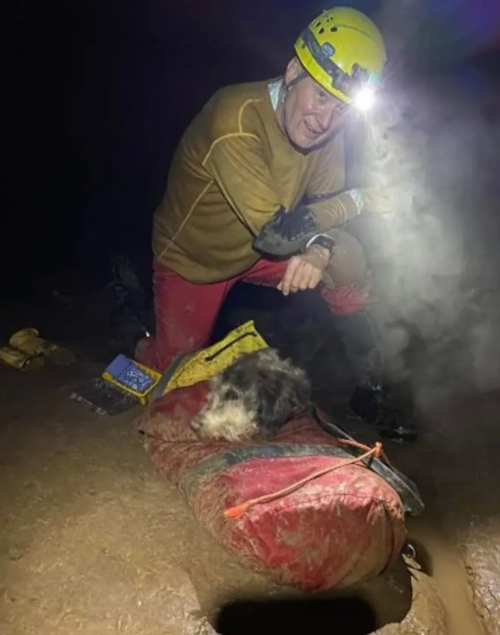 And then had to sale the rock face 150 vertical meters to finally surface. Her owners couldn’t believe that they saw their beloved dog again.

All they knew was to thank God and the workers for this real miracle. She is now back home and is slowly recovering from her misadventure.