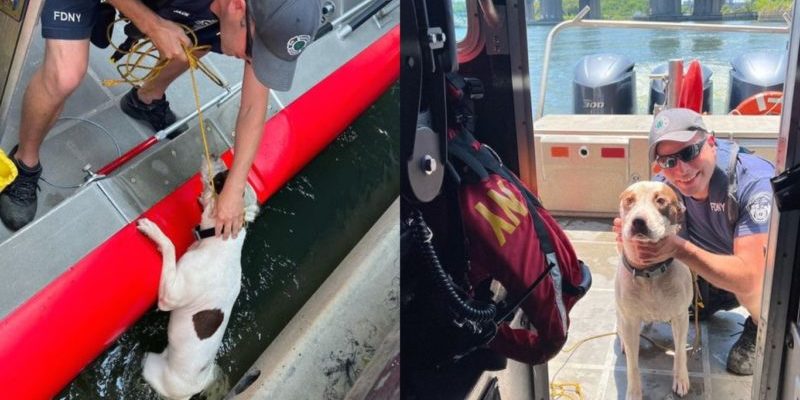 A rescue story that melts so many hearts came to have yours too. So this 2-year-old pit bull was rescued by a marine unit, that found him in NYC Harlem river. 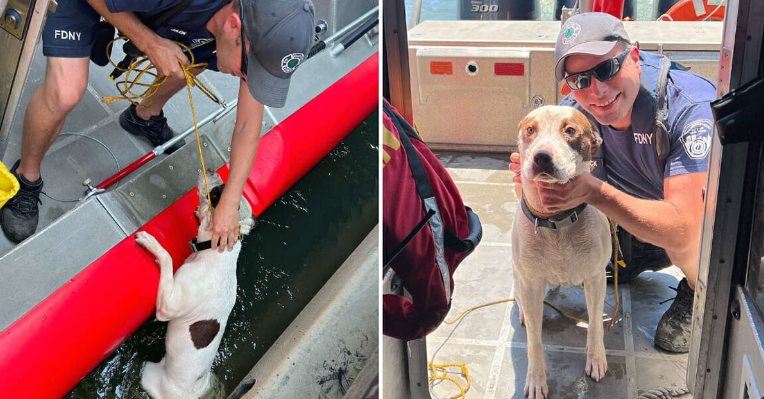 The poor dog appeared in the river after being thrown off a bridge. When the rescue team arrived under the leadership of lieutenant Salvatore Sodano, they saw that a kind citizen was trying to keep the dog afloat.

After so many tries the team finally succeeded in saving the amazing pup. And he was lucky enough to appear in trustworthy hands. 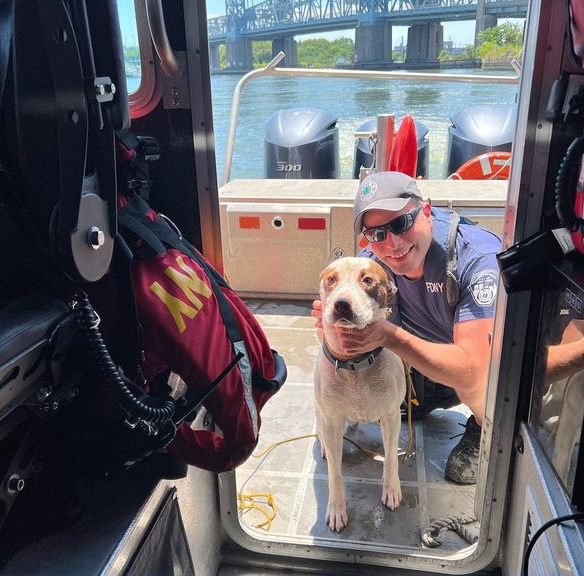 Imagine to yourself what would have happened to the poor dog if the rescue team or that kind person weren’t there at the right time. The authorities are not investigating the issue about how the canine appeared in the water.

All they care about now is to give him for adoption to a great family. The shelter where he stays now received hundreds of applications.