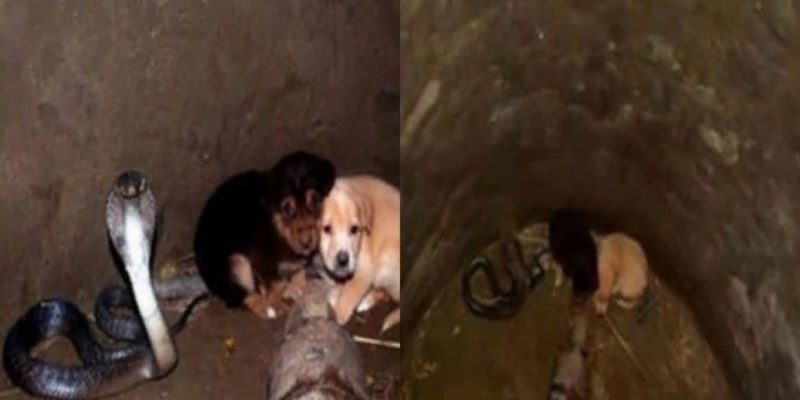 This pets that were two months old were found at the bottom of a wall alongside a freshly coloured toxic snake with a duration of approximately 2 m.

Youngsters passing by a neglected place noticed the pups. They could hear cries for support emanating from the well. In the well, they saw 2 little pups and a 2-meter poisonous cobra.

Young humans were concerned for the puppies’ safety. However, the snake would not harm animals in distress.

She kept an eye on the puppies for two days to make sure they didn’t end up in a dangerous situation in the well until rescuers arrived.

Only when saviors went down to the bottom of the well and yanked the kids to the surface did the snake leave the animals and vanish.

Unlike individuals who led the pups to be at the bottom in the well, the snake did turn out to be sociable and came to the dogs’ emergency. Youngsters have tamed two small pups, and the pets now have a home and loving holders.