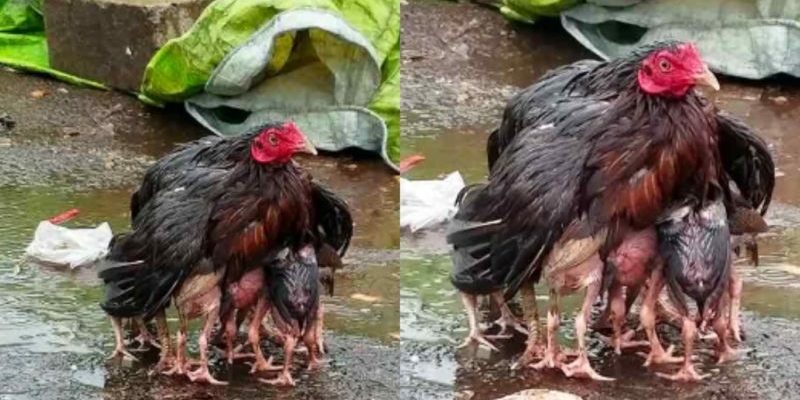 Whether talking about humans or animals, mothers are always protective of their offspring.They will go to any lengths to ensure the safety of their children.A person’s captured moment recently attracted a lot of attention. 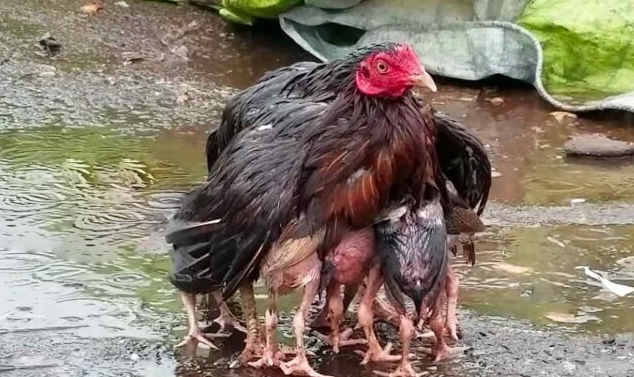 The incident occurred at a local fish market in Visakhapatnam, India, during heavy rain.The mother hen was attempting to shield her offspring from the sudden downpour.

Not simply hens, practically all female creatures are known for their maternal love towards their children.They do everything in their power to safeguard their infants and aid in their feeding. 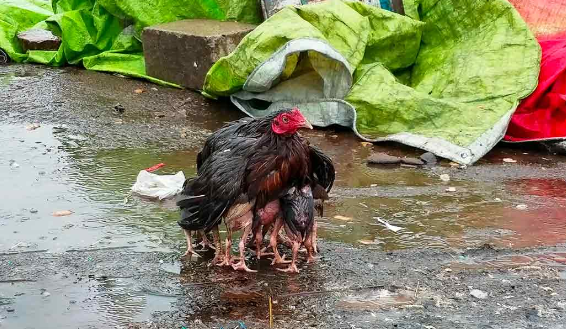 Orangutans, for example, feed their young until they are six to seven years old.The mother hen demonstrated that even animals care more about their offspring than they do themselves.

To protect her chicks from the rain, she kept her wings wide open.The young chickens continued to tightly hug their mother as she transformed into an umbrella to protect them from the rain. 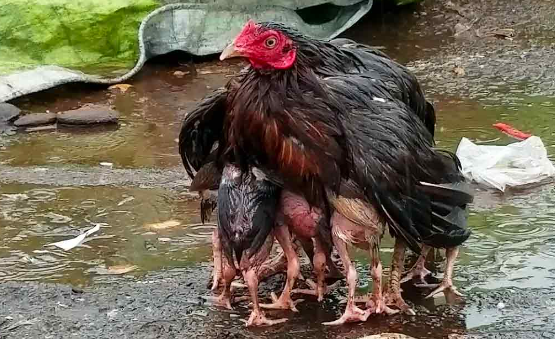 In order to accommodate all of the chicks, she stood in the shower with her wings spread apart.

She was clearly concerned, like many parents, that her children might get sick if they got wet in the sudden rain.She was not, however, concerned about her own health. 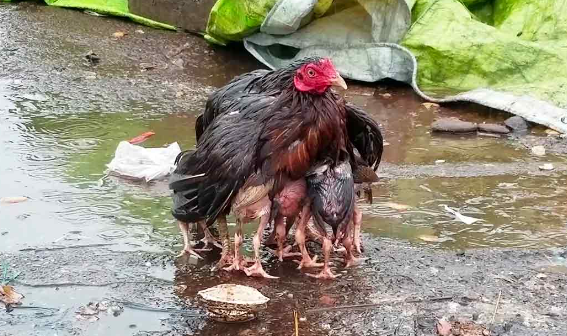 This demonstrated that mothers are the most resilient and devoted individuals to their children.The mother hen had an unwavering devotion to her offspring.

At least five of the chicks were seen adorably hiding under their mother’s wings.All of the chicks seemed to be cuddling up to one another.