A wonderful scene. A baby weasel enjoys a ride on the back of a woodpecker 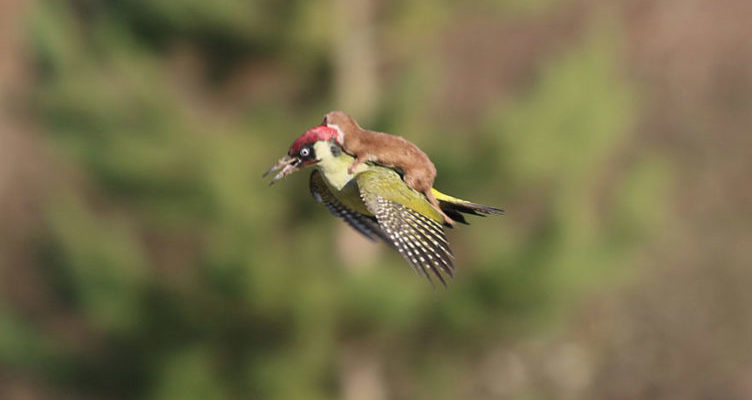 Martin Le-May, is a photographer, who captured a beautiful scene. A little weasel was enjoying his flight on the back of the woodpecker.

The photographer grabbed this marvolous scene in the park, in the East London.

When he noticed a bird flying and carrying a weasel on his back, he immedeately took his camera and shot the view.

At first it seemed as if they were friends and everything was just magical, but then they started to fight. This was a struggle for survival between them.

As they landed the woodpecker could ran away. The weasels are known to take the nests of birds and hurting them.
In this story the naughty weasel ran away hungary and could not get his aim.