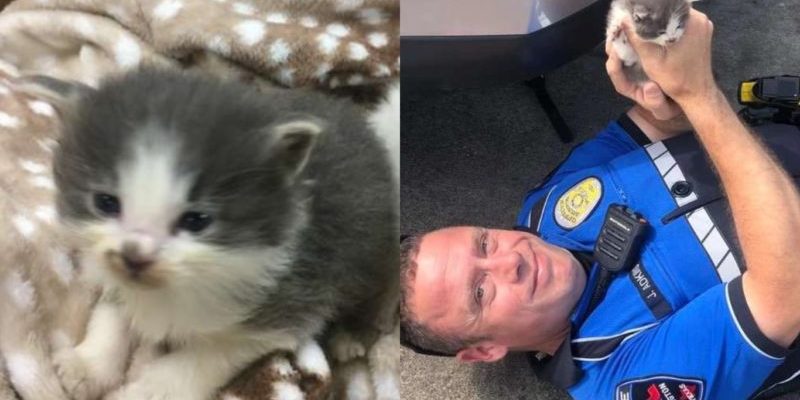 This two policemen after finishing their job met two kittens that needed some help. The poor sould were stuck under a car in the stores parking lot. 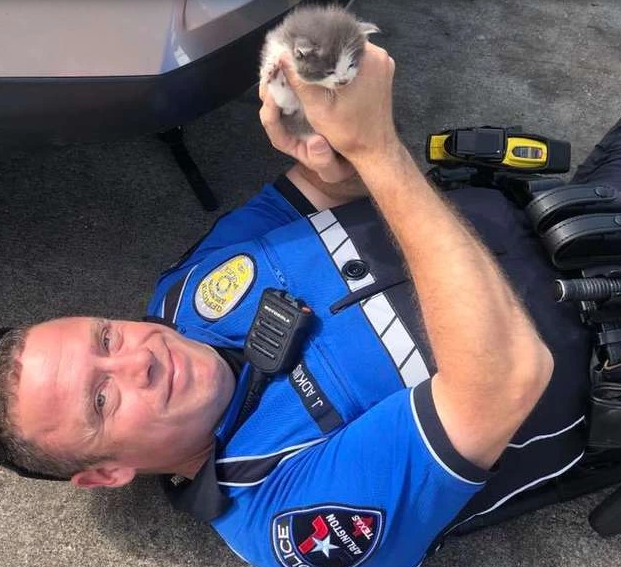 Getting out of the shop they heard the kittie’s cry and tried to figure out where they were. So after understanding they went to work and did their best to remove them under the car. The little ones were around 6 weeks old.

When they asked the owner of the car she answered that they do not know from where and how the kittens appeared under her car. 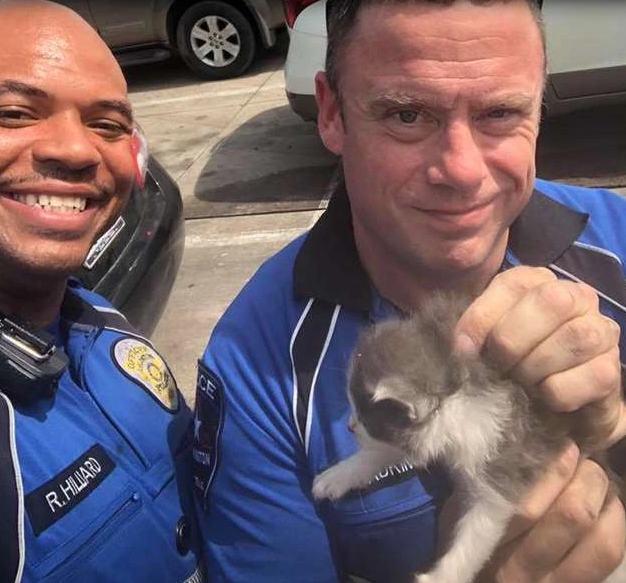 After being sure that the kitties were feeling fine the officer took them to his car to make them safe and sound and when tehy got closer to him,

they like fell in love with him and could not stop cuddling aand hugging him in the sweetest way. 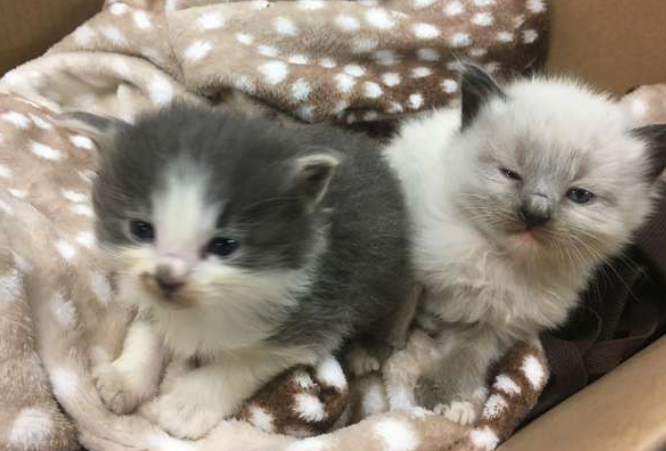 Then the policemen took the kittens to vet and fortunately they were as fit as a fiddle only they were very hungry and after eating some thing they were so happy and satisfied.

And a happy news at the end they are now enjoying their famourite man’s company everyday as he decided to adopt them and take them to his house.