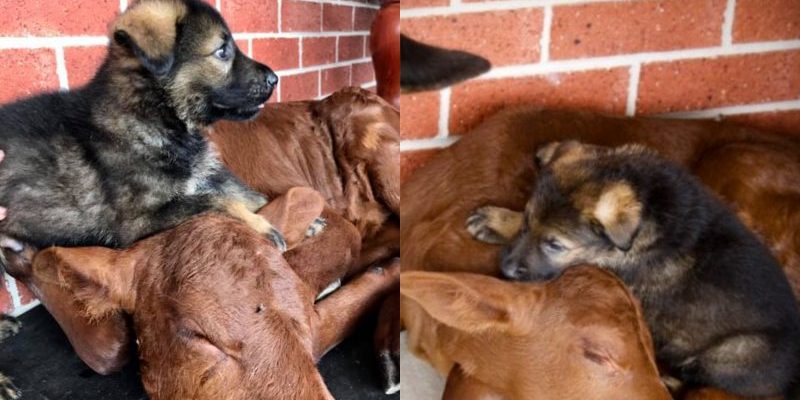 This orphan calf was adopted by an elderly couple named Coral and Wayne. Then they lived in New Italy, where recently there were terrible fires.

They named the cute animal Buddy. But it was not the couple who cared for him, but their dog named Bud. 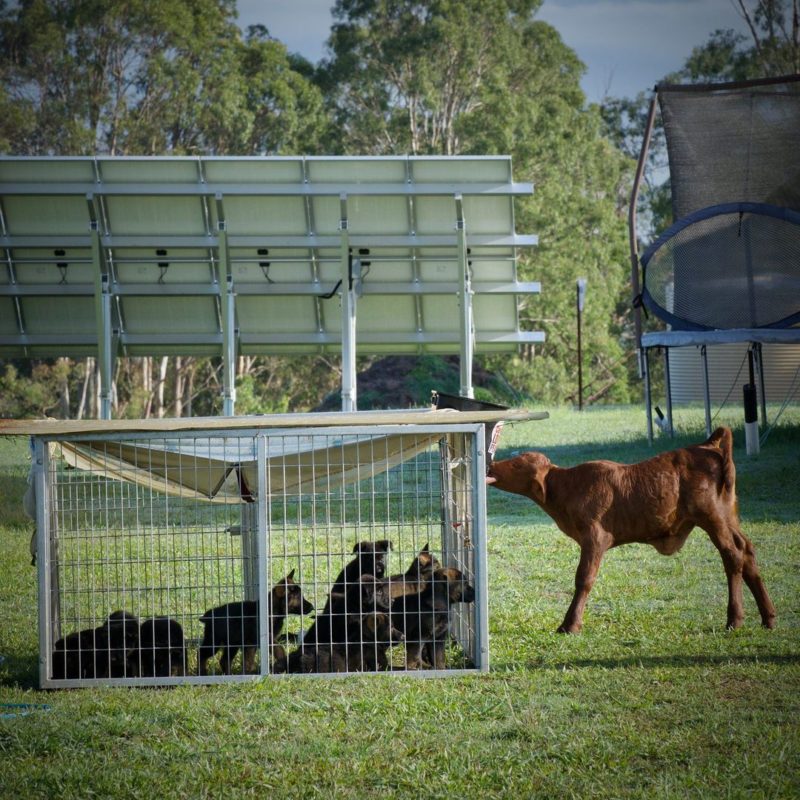 When the calf was brought home, he had just had eleven calves, and Buddy was his twelfth child. Bada is a very kind and caring mother.

Cute animal Buddy grew up in a canine family and has adopted many of the typical dog habits. 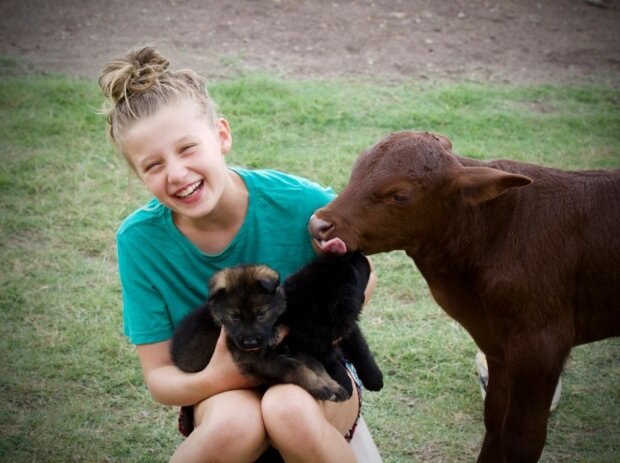 She always wags her tail, is very playful, loves to play with puppies and hugs them like a real member of their family.

This couple has their own farm with all kinds of farm animals. But this calf was not like them, because it had grown up like a real dog. 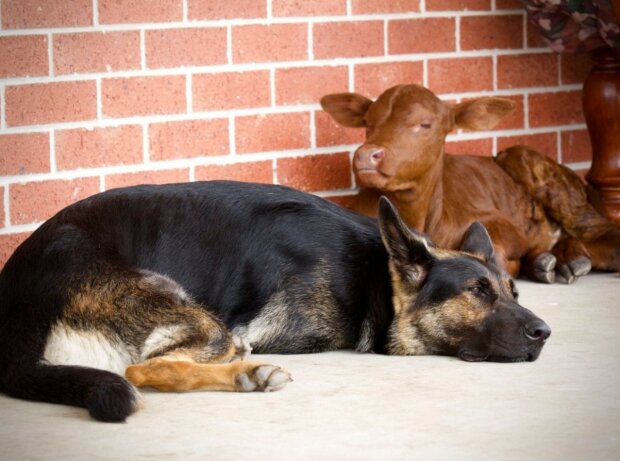 He also started acting like their dog and doing what he does. He thinks he is a dog too because he likes to play with dogs.

Bada and Buddy are wonderful friends. The calf is very fond of his other cubs, especially Wayne Lawson.