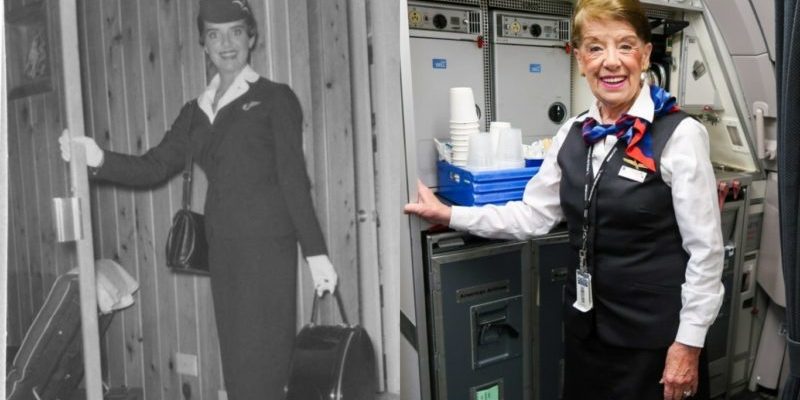 A few years ago, a flight attendant from the American airline American Airlines went public. Journalists shot a report about her and the whole world gasped. An American woman has been working in the sky for more than 65 years, and she is already 86 years old!

Just imagine it! A woman who came to aviation back in 1957 still puts on a uniform tunic almost daily, does her hair, puts on high-heeled shoes, gets behind the wheel of her car and goes to the airport. 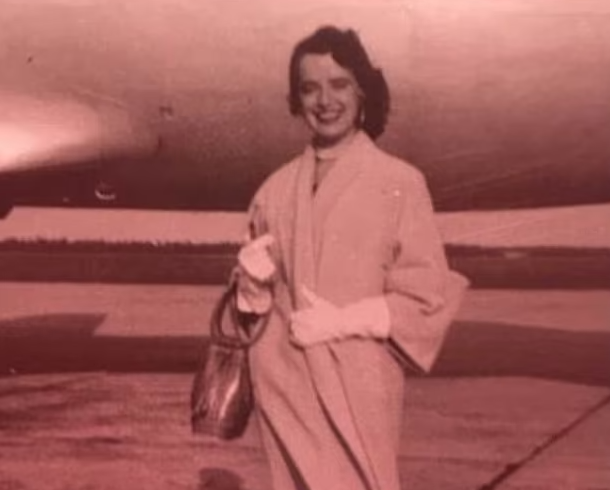 Bette is insanely sweet and smiling, 30-year-olds can envy her beautiful legs!

In fact, this woman has become a living legend. The stages of the formation of civil aviation from the 50s of the last century to the present have passed before her eyes. Moreover, he is not going to retire yet.

Basically, a flight attendant at 86 seems to us something from the realm of fantasy. How is this possible? It’s just that Bette Nash really loves her job and says she can’t live without flying. 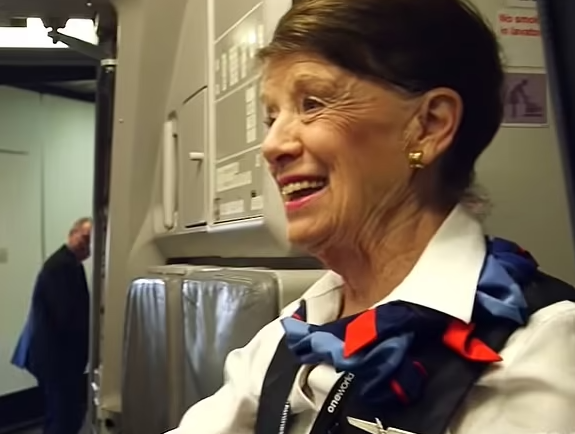 She likes to communicate with people, help passengers and do everything to make the flight pleasant for them. She likes to smile and keep fit!.

According to American laws, there is an age limit only for commercial pilots – 65 years. There are no such requirements for flight attendants.

And for personnel who have worked for the airline for decades, many benefits are provided, the opportunity to choose their own flights and plan their own schedule. 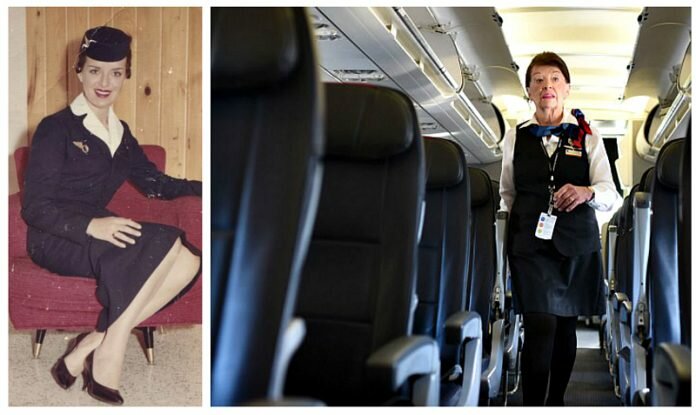 Their work has become much easier than it was in the 50s and 60s of the last century, when flight attendants carried heavy trays of food around the cabin.

Now almost all American airlines do not feed passengers when flying within the country, and flight attendants are needed only to ensure security and maintain order.

In an interview, Bette Nash admitted that she loves the Boston-Washington-Boston morning flight and tries to plan for it. 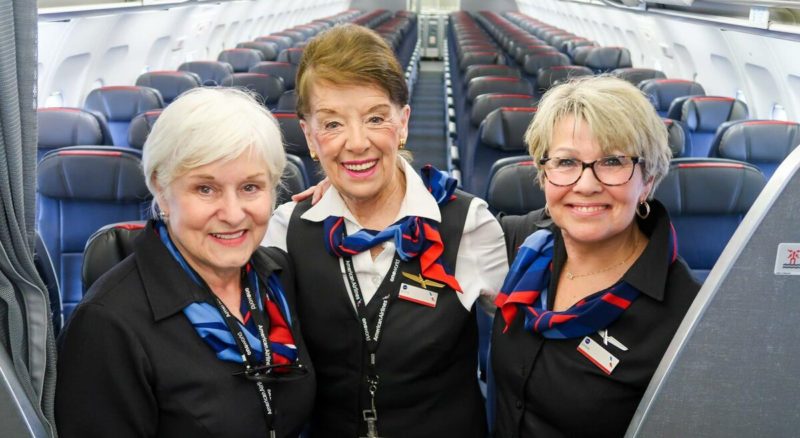 After the program went on the air, Bette became a national heroine, and tickets for flights where you can meet an elderly stewardess began to sell out like hot cakes.

People wanted to personally express their admiration for this incredible woman, take a selfie and wish her great health and long life. 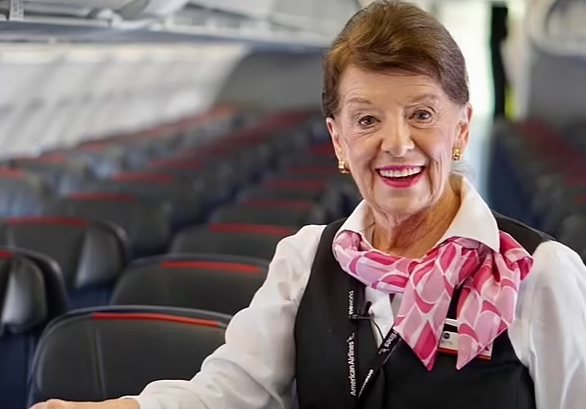 Bette lives with her disabled son, who waits for her from every flight at home.

Now look at her. What a beauty!

Here is such an incredible and touching story of a woman who devoted her entire long life to her beloved work. What do you think about this? Share your opinion.