The girl wanted to take beautiful autumn photos for her dog: and this is how the four-legged creature took a funny pose 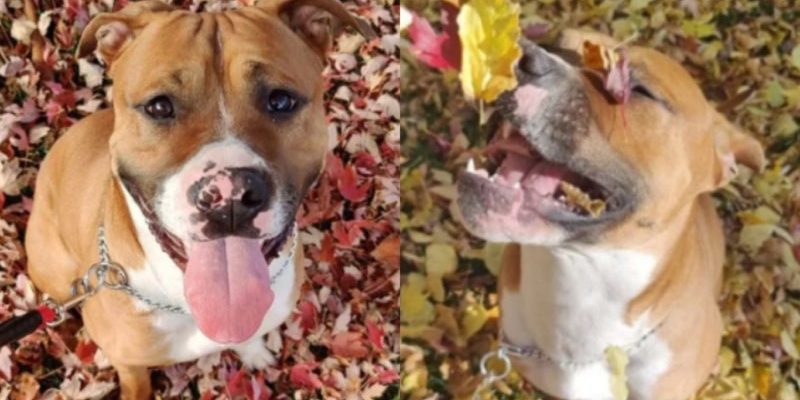 Even the prettiest are not always photogenic, and this also applies to dogs.

A pit bull named Max became a participant in a photo shoot in the leaves, but something went wrong, and now the entire Internet is laughing at his portraits. Max and his mistress Amanda Tess went out for a walk in the park on a pleasant autumn day.

The girl’s boyfriend works as a photographer and often shoots models in autumn leaves, so she decided to repeat this trick with her pet. Amanda just tossed the leaves to see what he would do, and he really liked it.

Her boyfriend is a photographer and he often does things like this, so she decided to try the amateur version.

She expected to get a couple of good photos, but she did not think that many of them would be so funny.

His character really comes through in the photographs. They laughed all the time while trying to choose the ones she wants to share. Now Max has officially become Amanda’s muse, and willingly poses for photos on all walks.