A bulldog named Frenchy walks up to a police horse, hoping for a kiss 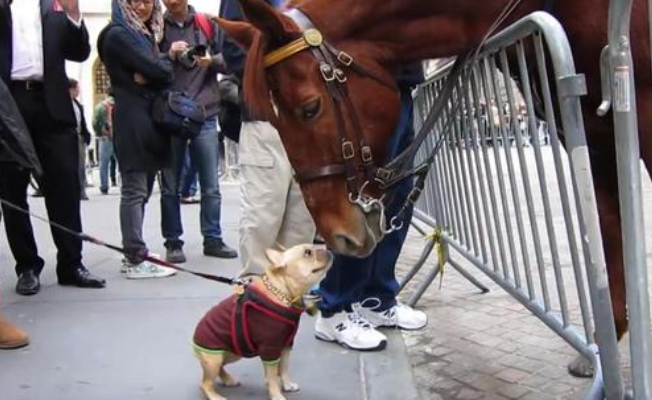 A New York police officer and her service horse were on duty during the high-profile Occupy Wall Street protests.

At this point, a cute light brown puppy named Frenchy decided to come up and get to know them.

Apparently, the horse had already been prepared for such situations during training, so in response, he simply lowered his head to see what was happening. But that didn’t satisfy Frenchie’s curiosity yet. 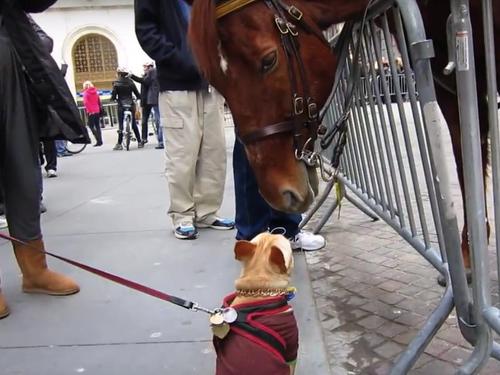 The brave puppy pulled on the leash to get as close as possible to his new girlfriend and at least kiss her on the nose.

The little dog, delighted with a new acquaintance, even began to spin in place and jump with happiness.

As his relationship with the horse developed, more and more bystanders stopped to watch. It was insanely cute! Many of them even took out their phones to record it all on video. 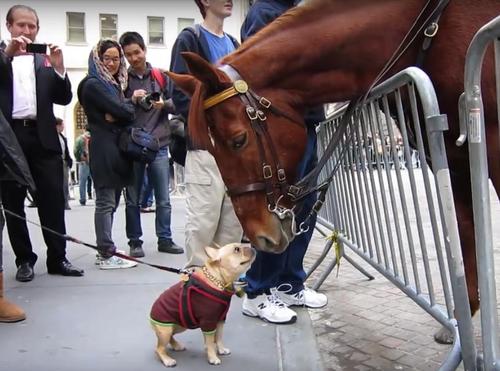 Apparently, Frenchy really liked such attention, so he even began to play with a curious girl who looked at them for a light.

The police horse remained calm all this time, but at the same time, she also became interested in her new friend. 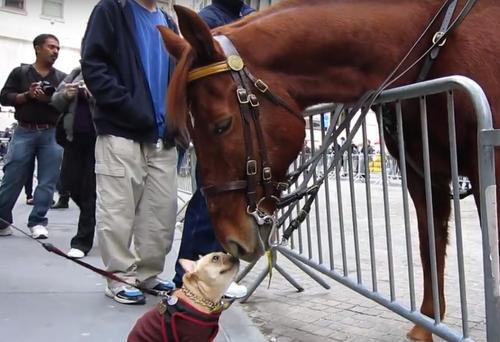 Ultimately, Frenchy’s owner pulled him aside, but by then the puppy had already managed to find a new friend in the Big Apple.

Poor little puppy whose tail was cut off with scissors finally finds a loving forever family
Many stray animals have an abusive life. Happily there
047