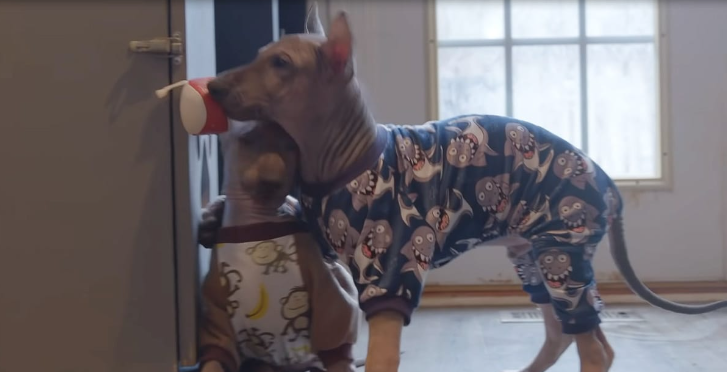 When pups get left the only thing they can think about is going back to a forever loving family. These pups that became hairless due to unusual medical condition were hoping for such ending to.

And so the shelter just became a quick stop for them on their way to a forever home. So the puppies Xavier and Zander arrived at a shelter in North Carolina.

After examining them the vet announced that they had alopecia which causes hair loss, both in case of humans and pets. They were scared but healthy in other ways.

For about a month they satyed in their foster home and enjoyed the company of their foster mom. After that time when they were finally ready for adoption, over 50 applications came in.

Xavier was adopted by a man that had alopecia too, and what comes to Zander he was taken by a loving family that had another puppy at their place who became a bro to him.

The family gave him the name Mylo. They told that when they saw the canine they knew that they should pick him. We love you.