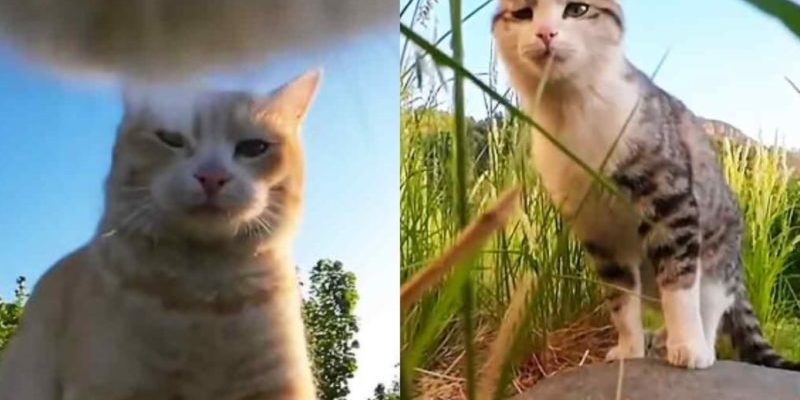 It seems that people love watching GoPro camera footage. These cameras have captured some amazing views. Now try and imagine what happens when someone puts a GoPro cam onto their cat.

This chatty cat was captured by that camera. He did so many funny staff. He had a bunch of adventures by himself and with the neighboring cat that came across to play.

At first he runs down the field, they goes towards a car and sniffs around itHe then runs down the stairs and enters to another field. Where exactly he met his friend. 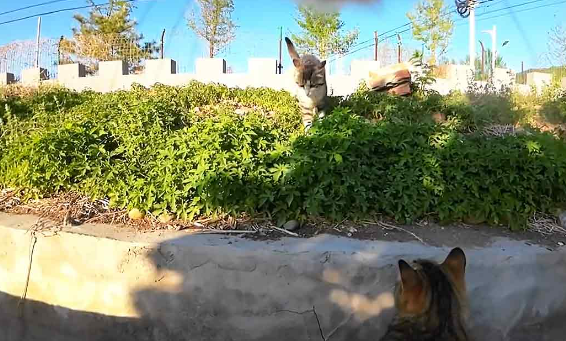 They start running after one another, and also other cats came across then and they started playing and sometimes even arguing with them.

Our hero cat meows and purrs at the other cats and it seems as if they are communicating. 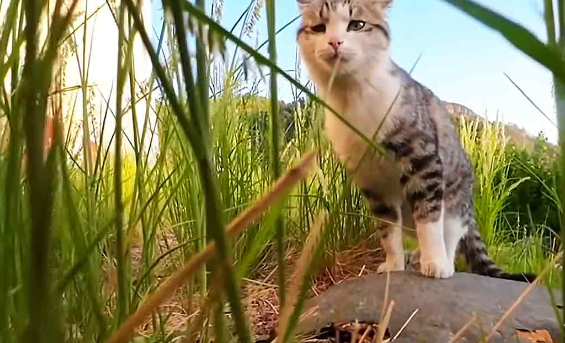 After all his adventures he returns back home, to the rooftop from where he left. The whole video shows a day of a cat allowed to stroll around freely.

According to some surveys it is proven that cats can find their own way and survive roaming freely. Now go and enjoy the adventurous cats day that will give you lots of reasons to smile.