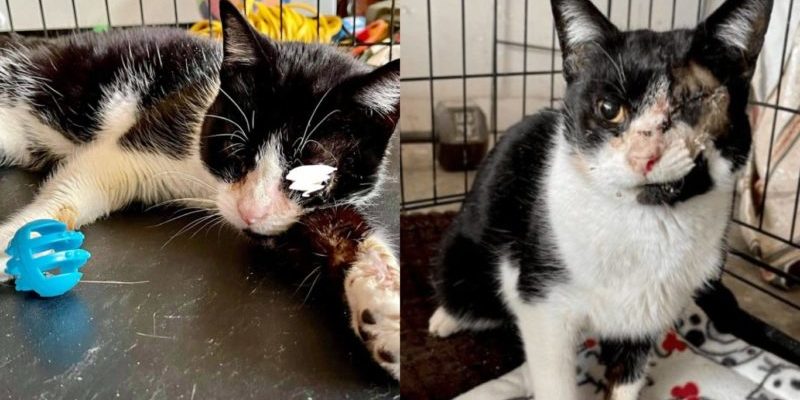 One day rescuer received a call from the feline community asking for help.

Sarah said she received a call saying they found a cat with one eye, the other damaged.

Rescuers were unable to provide veterinary care and decided to seek help. Their vet recommended putting him down, but they thought they could still save his life. 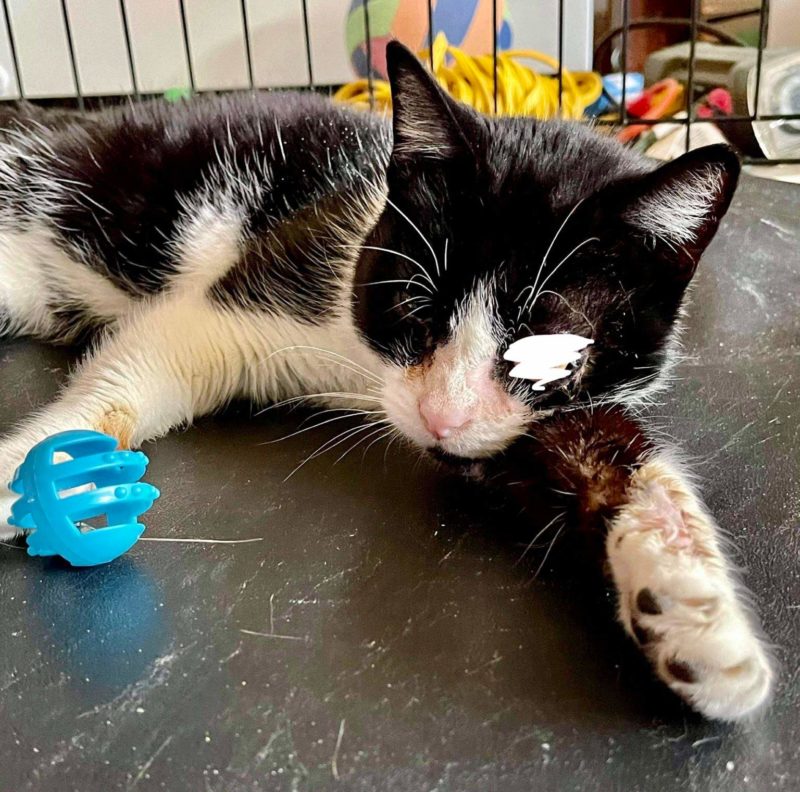 Assistants approached Sarah to help them prevent the euthanasia.

She knew very little about the cat, but she said right away that she was fine. The next day the cat was taken directly to Sarah.

Sarah was finally able to see him, Chester (that was the name of the cat) had many injuries and his eyes hurt. 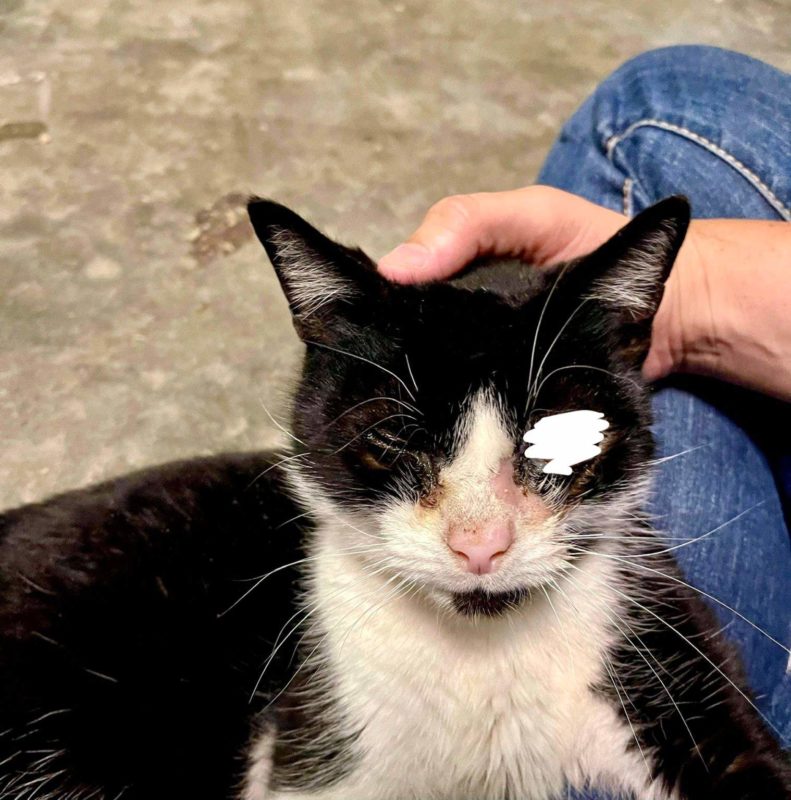 ** Photos have partially hidden parts so as not to harm people. **

Chester clearly had an eye injury and ruptured. Chester climbed on top of Sarah and partially squeezed her head, showing that he trusted her. Sarah was heartbroken to see the cat in such a state.

She decided to do everything to help him, because it was obvious that he was in pain. She took pictures of Chester’s eyes and sent a veterinarian who said the cat’s eye needed to be removed urgently. 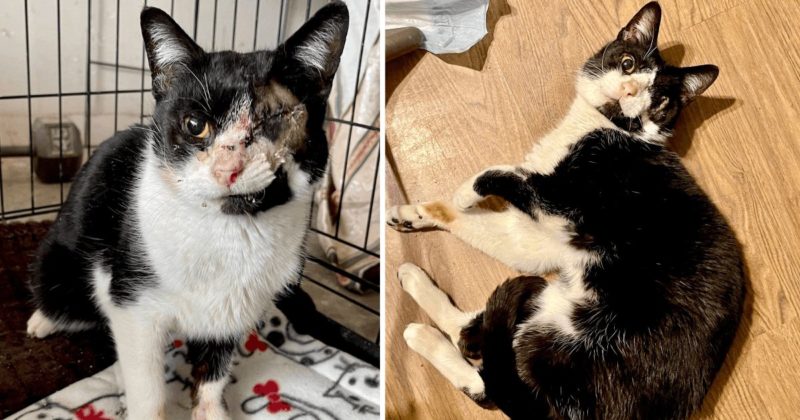 They learned that the cat has feline leukemia, which weakens their immune system. He also had anemia and his blood count was very low.

So she decided to make a very difficult decision for her: to have an operation that would either help him or kill him. It was a very big risk…