An offended tiger cub, which is about to die, is comforted by a stuffed tiger 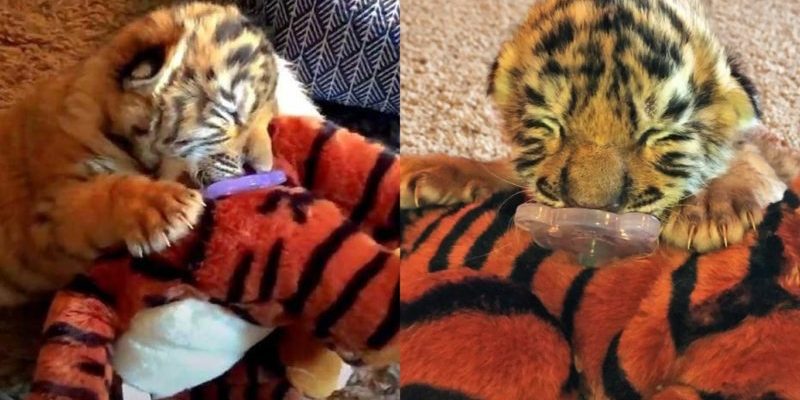 Wildcat Sanctuary is a rescue and rehabilitation organization based in Minnesota. Now they take care of more than 100 animals.

About a few months ago, they heard about two tigers and two lions that had been locked up in a private menagerie in rural Indiana after their owner’s death. 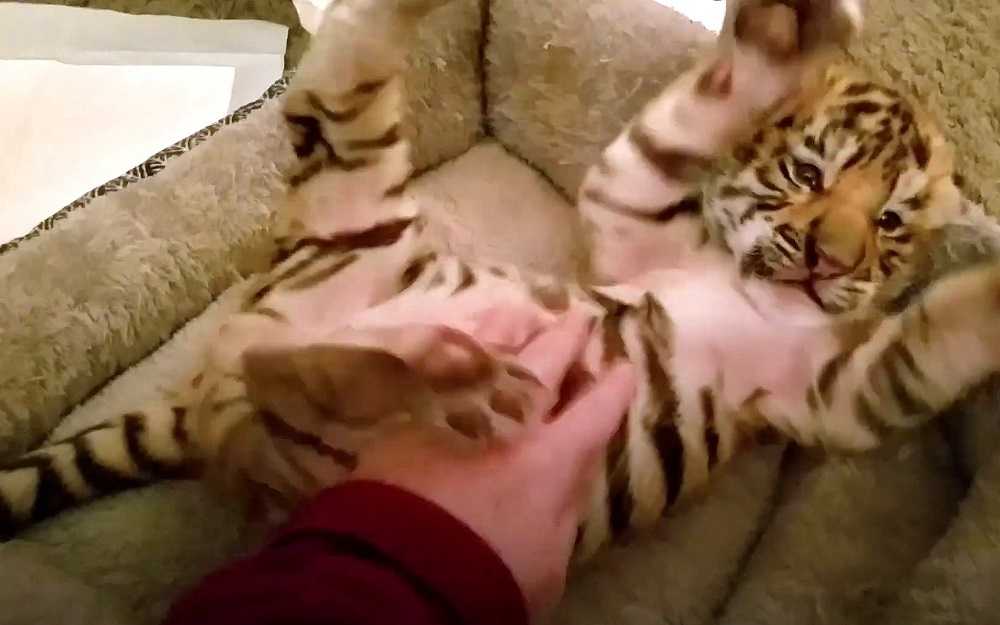 They learned that these animals are bred several times a year, exploited and sold online for profit. They rushed to rescue them and were shocked when they found a newborn tiger cub. The survival of the newborn was at stake.

The staff knew that they would have to work very hard to save a small, weak child. For the first few weeks, Dash would often cry and cry like a needy child. 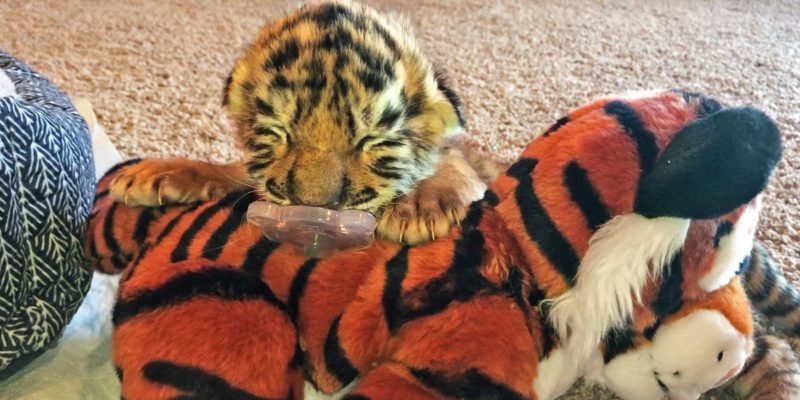 He later found solace in a large tiger plush toy, which stabilized his emotions. His health gradually began to improve as he finally regained his strength and developed a great love for him!

In just 11 weeks, he went from a scared cub to a big boy! Now he looks like a completely different tiger! 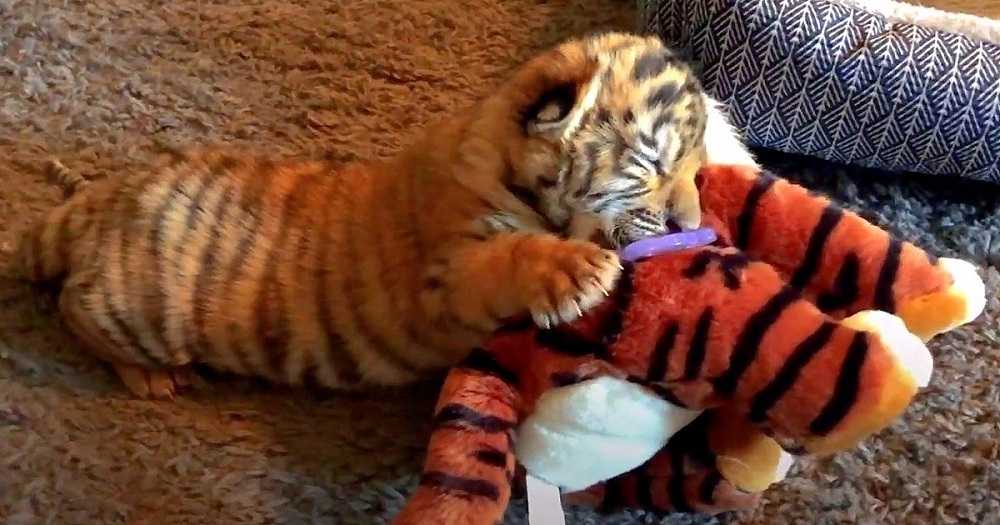 He still has a very long way to go before his guardians allow him to “choose his own path”. Good luck, cute tiger!