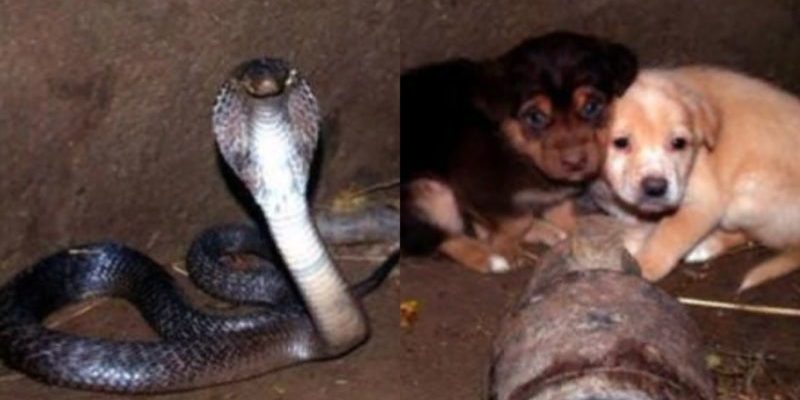 At the bottom of the well were found two little pups alongside a two-meter-long, brightly colored cobra. 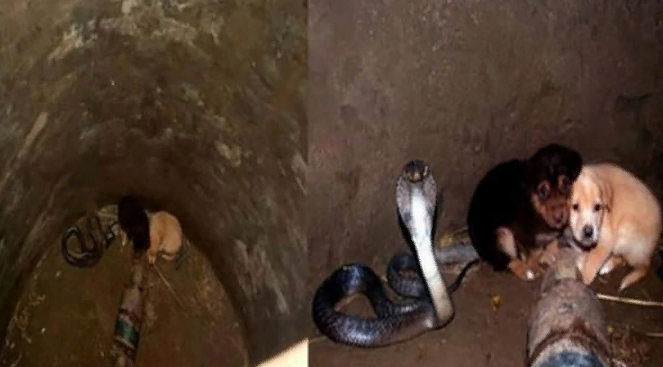 Young humans were strolling by an abandoned well when they came across the pups.The well was making a desperate cry for help, and they could hear it.

They saw 2 little pups in the well, and a 2-meter-long poisonous cobra was nearby.The young humans feared for the pups’ safety.However, the snake would not harm pets in trouble.

She kept an eye on the puppies for two days to ensure that they did not end up in the well in a dangerous location until rescuers arrived.

Saviors went to the bottom of the well and pulled the children to the surface after the cobra left the animals and vanished.

In contrast to the people who had put the puppies in the well, the snake turned out to be amiable and came to their aid.

Two small puppies have been domesticated by young people, and the children now have homes and caring owners.